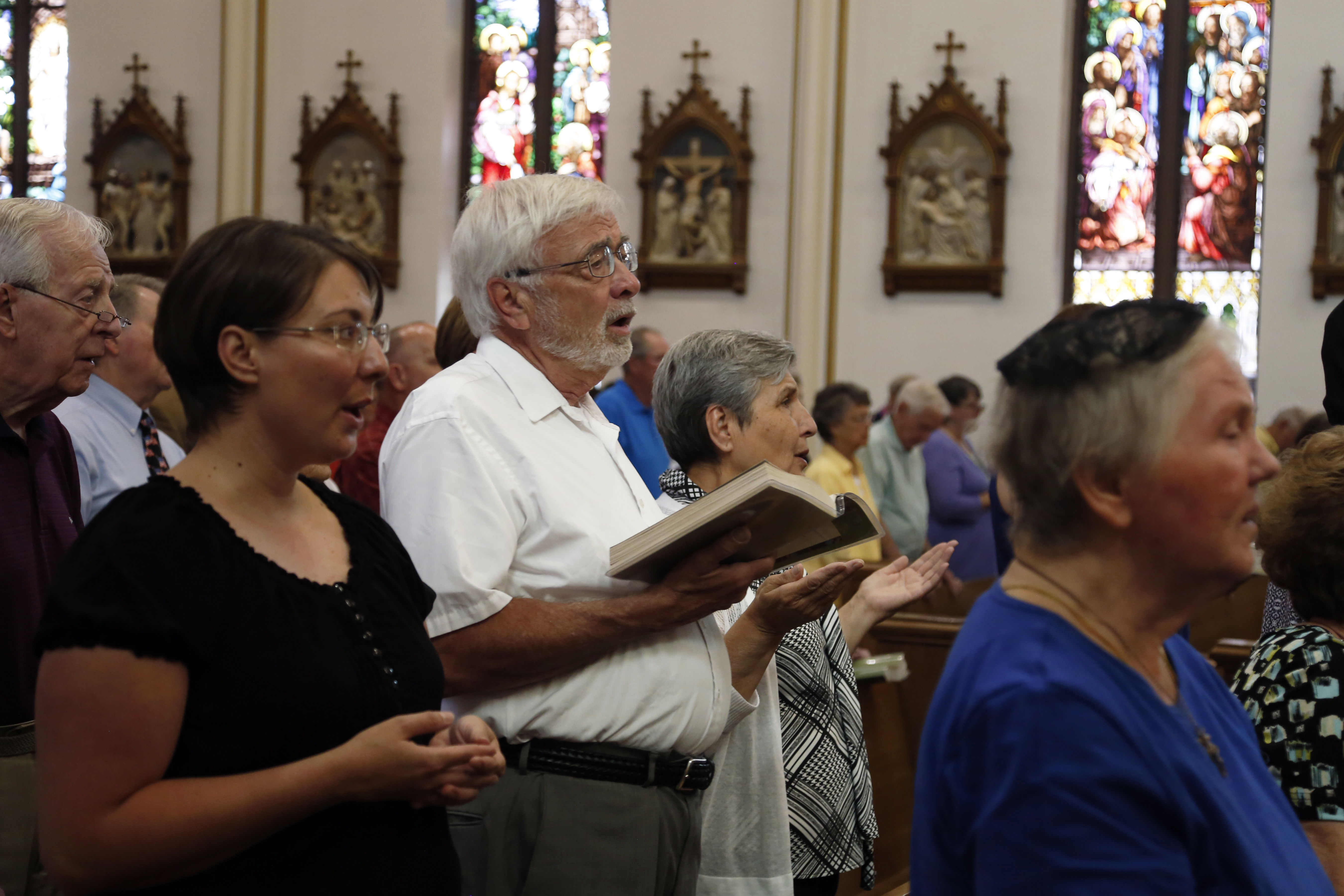 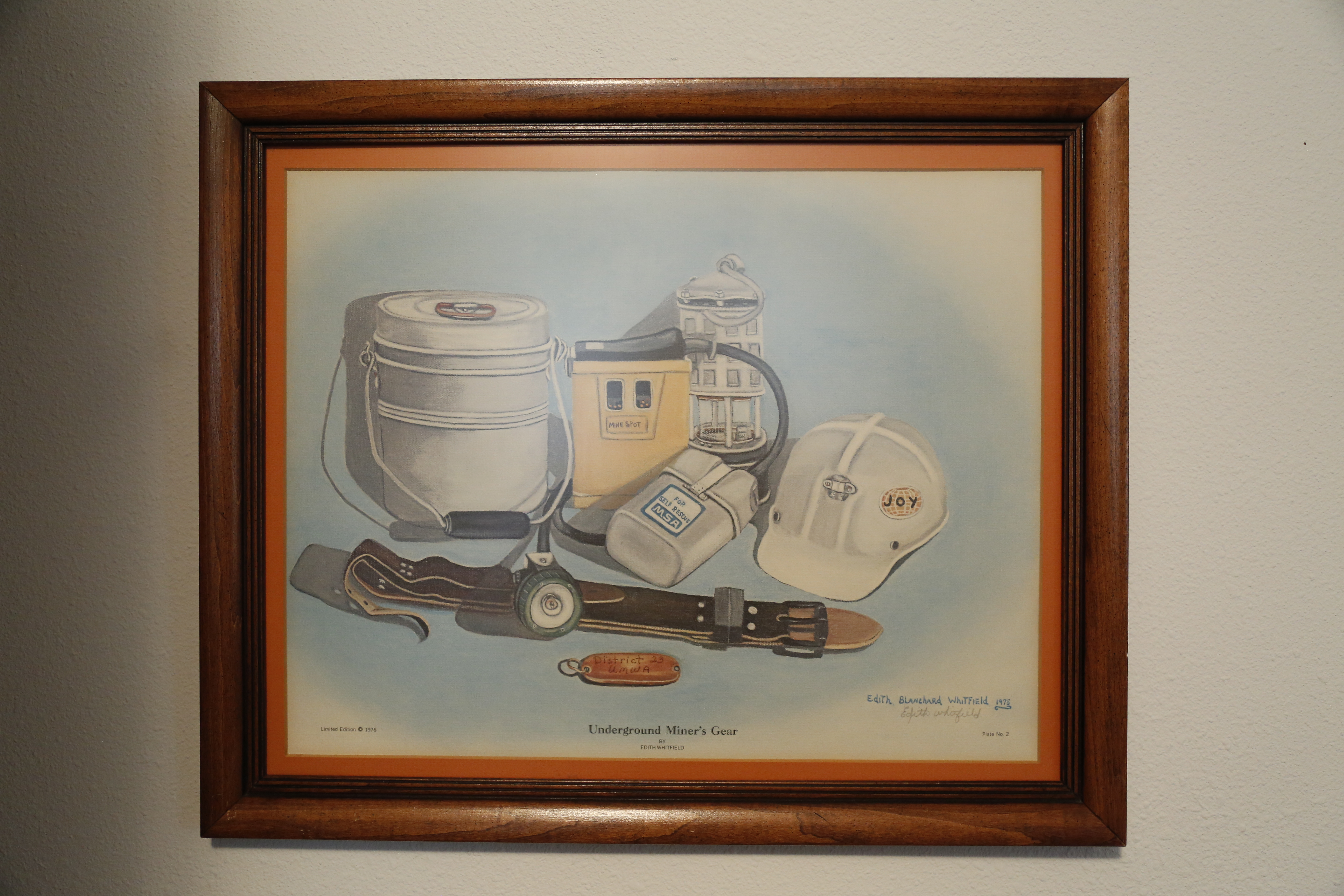 Pope Francis is visiting the U.S, this week. On Thursday he will make a historic address to Congress.

Some conservative Catholics say Pope Francis is meddling in American politics with his recent encyclical on the environment, the biggest papal statement ever on the subject and one which included a call for action on climate change. Meanwhile, for the faithful in western coal country, he is raising moral questions.

Donna Zofcin’s husband was injured in a coal mining accident in Kentucky. He was paralyzed for a time, then doctors helped him walk again. He died a few years later, in 1992. Still, the walls of her humble Cheyenne, Wyoming home are an homage to coal, with framed watercolor prints of mining equipment. Living now in the country’s biggest coal state, that theme still runs through her life. So too, does her Catholic faith.

“Oh, we’re very devout,” Zofcin said of her and her family, “and we go to church every Sunday.”

Back in June, Wyoming’s State Bishop, Paul Etienne, delivered a special homily at Zofcin’s church in Cheyenne. The homily focused on the Pope’s headline grabbing encyclical. A challenging and bold teaching, Etienne said, which lines out humanity’s responsibility to be good stewards of the earth.

The document acknowledged the scientific consensus of man-made climate change and called for aggressively addressing its core causes–primarily the use of fossil fuels. Etienne said the document may be disturbing for many people in his state, and that he is getting questions from his congregation.

“Is the pope saying that it’s sinful to burn these fuels? And I would say no,” Etienne said. “It’s not sinful, but he’s saying this is not sustainable.”

That balance is a tough line to ride in states like Wyoming, where coal is the economic backbone. So, a lot of people in Zofcin’s church end up sounding like Paul Phillips. He works for a heavy equipment company, and a good portion of their business is in the coal fields.

“I’ll speak out of both sides of my mouth,” he said “I think yes, on one side, we need to look aggressively at alternatives (to coal). But, on the other side of my mouth, I think that’s going to be a long time coming.”

In the meantime, he believes these resources are a gift from God, to be used as cleanly as possible.

Conservative Catholic politicians’ stances on the encyclical have ranged largely from avoiding comment, to accusing the pope of inappropriately wading into American politics. In fact, Rep. Paul Gosar, R-Ariz., who is a Catholic himself, has announced he will boycott the pope’s Thursday Congressional address due to the encyclical.

The church is no stranger to taking stands on controversial issues–take abortion for instance. And Pope Francis is actually not the first pope to bring up human-caused climate change. Both John Paul II and Benedict XVI urged action to limit its effects.

But Jenny Kraska with the Colorado Catholic Conference says the popularity of this pope and the special theological weight given to encyclicals is bringing the church to the forefront of this discussion in a way it hasn’t been in the past. The Colorado Catholic Conference lobbies the state legislature on behalf of the church. Kraska expects her organization will now pay more attention to environmental legislation.

And as for the conservative Catholic politicians who deny climate change?

“I don’t know if it puts them in a difficult moral quandary,” Kraska said. “I think it gives them something to think about.” Donna Zofcin sits in her kitchen in Cheyenne, Wyoming.

Yet, for other Catholics, like Donna Zofcin in Cheyenne, she says she is indeed left with difficult moral questions. She agrees with the pope that humanity needs to take better care of the earth, to help the most vulnerable. Yet, she herself is vulnerable. The coal company has been paying her a pension and paying for her health insurance ever since her husband died. So, her opinion on fossil fuels doesn’t waver.

“You have to see the way people live and how they live and what coal means to them before you can say, well we need to do away with it,” Zofcin said.

As much as she loves the pope, she says he has his opinion on the matter and she has hers.