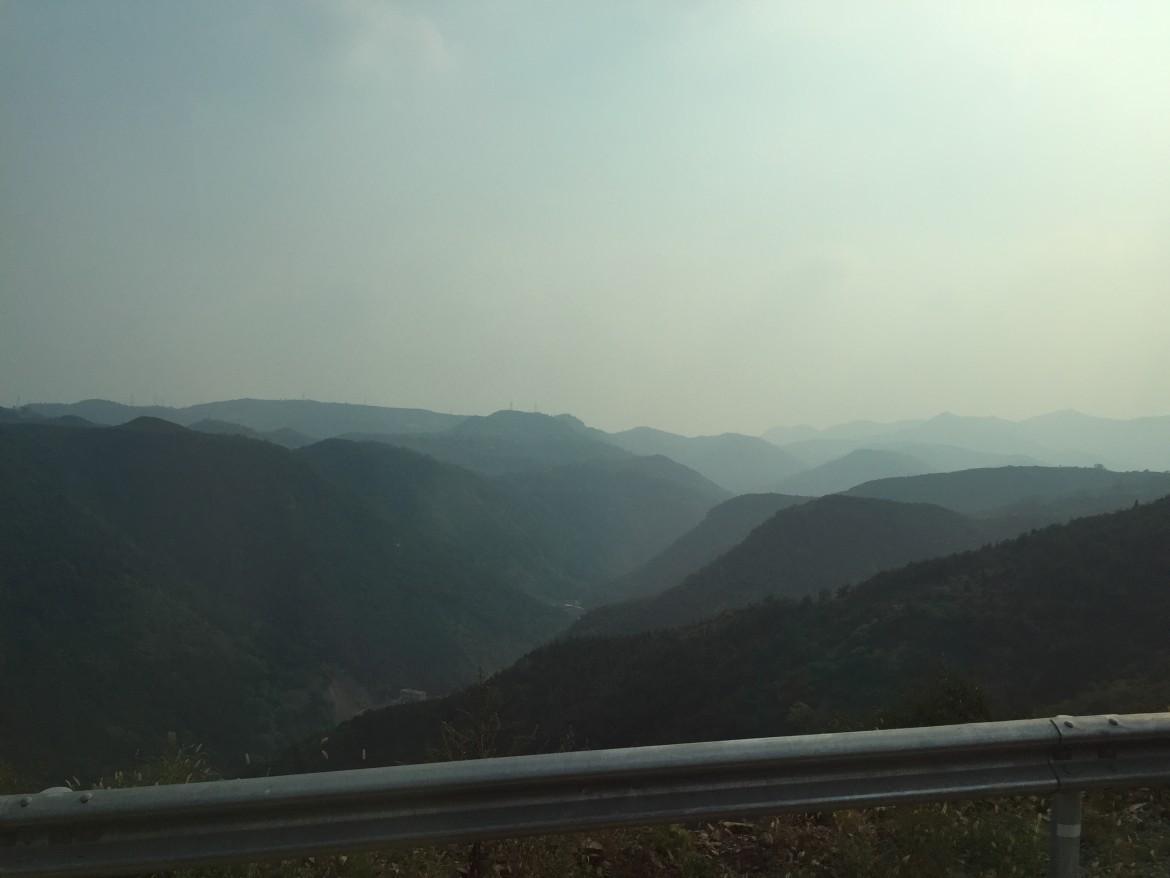 In Chinese cities like Taiyuan and Beijing, smog hangs heavy, blocking skyscrapers from view. It irritates your lungs and eyes. On a recent trip to China’s largest coal producing province, I even felt like I could taste the pollution.

The Chinese government has promised to remedy some of the consequences of burning coal. In a joint press conference with President Obama Friday, Chinese President Xi Jinping announced a plan to put a country-wide price on carbon emissions, starting in 2017. The cap-and-trade program will cover emissions from power generation, steel, cement, and other industrial sectors and will work by capping emissions and then allowing companies to buy and sell permits to emit a certain level of carbon.

During my trip to coal country in Shanxi province, I heard over and over again that putting a price on carbon is key to financing the development of cleaner ways to burn and use coal, which is one of the ways to tackle climate change. Representatives from the Jackson Hole Center for Global Affairs and other members of the group tour a coal-to-liquids facility in Shanxi province.

I traveled to China as part of a delegation from Wyoming, led by the Jackson Hole Center for Global Affairs. The purpose was to collaborate with the Chinese on clean energy development, a goal the small policy group has been working on for over a decade. During the trip, which was organized and paid for by Shanxi’s provincial government, we visited a handful of coal-burning and processing facilities, including a state-of-the-art power plant in a rural part of Shanxi. The shiny white lobby of a coal-fired power plant, owned by Shanxi International Group, is home to a badminton court and goldfish pond.

After driving through the dense concrete capital city of Taiyuan and then miles and miles of countryside, smokestacks emerged in the distance, peeking through the trees. We arrived at a new coal-fired power plant owned by a Chinese power company called Shanxi International Group. The lobby was large and bright with squeaky white floors, a badminton court, and a goldfish pond.

The facility opened up in 2012 and is equipped with the latest technology to reduce air pollution. Our translator told us that criteria pollutants – the harmful stuff that creates smog – met national emissions standards well before the 2014 deadline.

This power plant is a prime example of how China is now tackling pollution from burning coal. High tech scrubbers remove “criteria pollutants” like nitrogen oxide, sulfur dioxide, and particulate matter. An added benefit is the reduction of CO2 because the equipment used to turn coal into electricity is more efficient. As China shuts down old, dirty facilities, according to the Institute for Energy Research, it is building a new coal-fired power plant, like this one, every seven to 10 days, an astonishing rate. “Wyoming and Shanxi are the two largest coal producing states, in the two largest carbon emitting countries,” David Wendt, of the Jackson Hole Center for Global Affairs said. “We have a common interest in figuring out together how we can reduce the carbon emissions from that coal production and coal consumption.”

That’s no easy task because cleaning up coal is expensive. Carbon Capture Sequestration and Utilization (CCUS), for example, is a type of technology that can literally remove the carbon dioxide emissions right out of a smokestack. It sounds promising, right?

But there is only one CCUS facility at a power plant in North America. The Boundary Dam Power Station in Saskatchewan, Canada went online last year after going over budget. The total cost of the project was around $1.3 billion. CCUS is also full of technical problems. It requires a lot of energy to operate, so you effectively have to mine more coal in order to clean it up.

And then there is the issue of what to do with the CO2 once it is taken out of emissions. If we ever deploy CCUS widely, we will likely store the CO2 underground. There are questions of how to do that safely on such a large scale.

“The economics of clean coal technology are very challenging and the only way I believe we’re going to make progress … is through cooperating together, working together,” Wendt said. The main event of the week was the fifth annual Low Carbon Forum, a jam-packed conference focusing on cleaning up a high-carbon resource. Mark Northam, director of the University of Wyoming’s School of Energy Resources gave a keynote address, speaking about the economic need in Wyoming to both clean up coal and use it for other industrial purposes. David Wendt spoke at the sub-forum which followed, largely focusing on the need for the U.S. and China to work together on the problem of global warming.

In China, on a daily and immediate basis, the issue of emissions from burning coal largely comes down the problem of air pollution.

Ming Sung, an advocate for clean coal technology, and a member of President Xi’s U.S. delegation, explained that the separate but related problems of smog and climate change can be tackled at the same time. When running CCUS at a coal fired-power plant, for example, air pollutants are removed first.

“Mother Nature used to have a balance. We need to bring it back into balance. Otherwise our children, grandchildren will suffer,” Sung said.

Both countries are working on it – in part, through a joint venture called the U.S.-China Clean Energy Research Center. During President Xi’s Washington visit, the White House announced that a new joint CCUS project will be located in Shanxi Province.

Sung said the Chinese government is coming around to the idea, slowly, mostly because coal is the country’s main fuel source. But why not focus on renewables like wind and solar, instead of dumping resources into cleaning up coal?

“Less doesn’t mean zero,” Sung said. “I don’t see we get to zero anytime yet.”

In fact, while coal demand in the U.S. is down and China’s coal consumption has weakened with their slowing economy, the two countries are not anywhere near zero. The U.S. gets around 40 percent of its electricity from coal, and in China, it is double that.