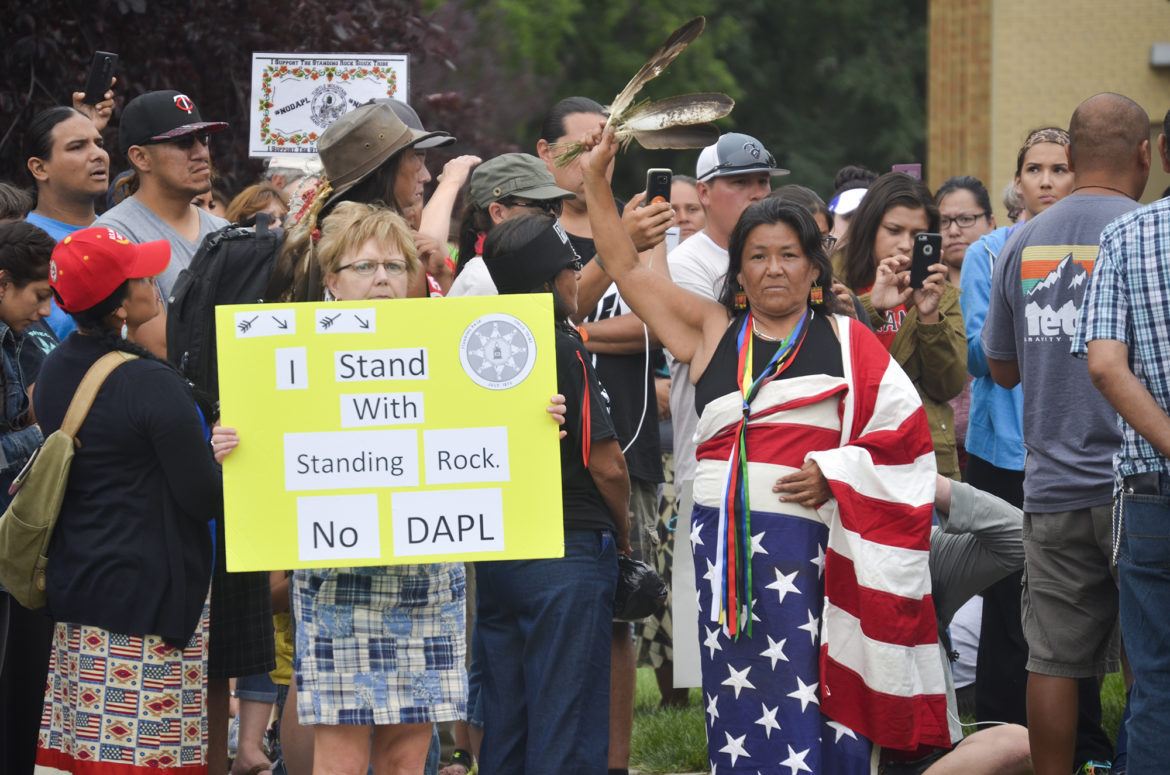 The governor of North Dakota has called in the National Guard to assist law enforcement with the Dakota Access Pipeline protest.

The call for the Guard comes in anticipation of a federal judge’s decision Friday that could halt construction on the project. The pipeline is slated to cross under the Missouri River next to the Standing Rock Sioux Reservation. National Guardsmen will serve in administrative capacities and provide security at traffic points, Gov. Jack Dalrymple said at a press conference Thursday. More are on standby.

While Dalrymple said he’s committed to protecting protesters’ constitutional rights, he added, “At the same time, we must make sure that peace is maintained this weekend.”

Standing Rock Chairman Dave Archambault issued a call for peace ahead of the court decision.