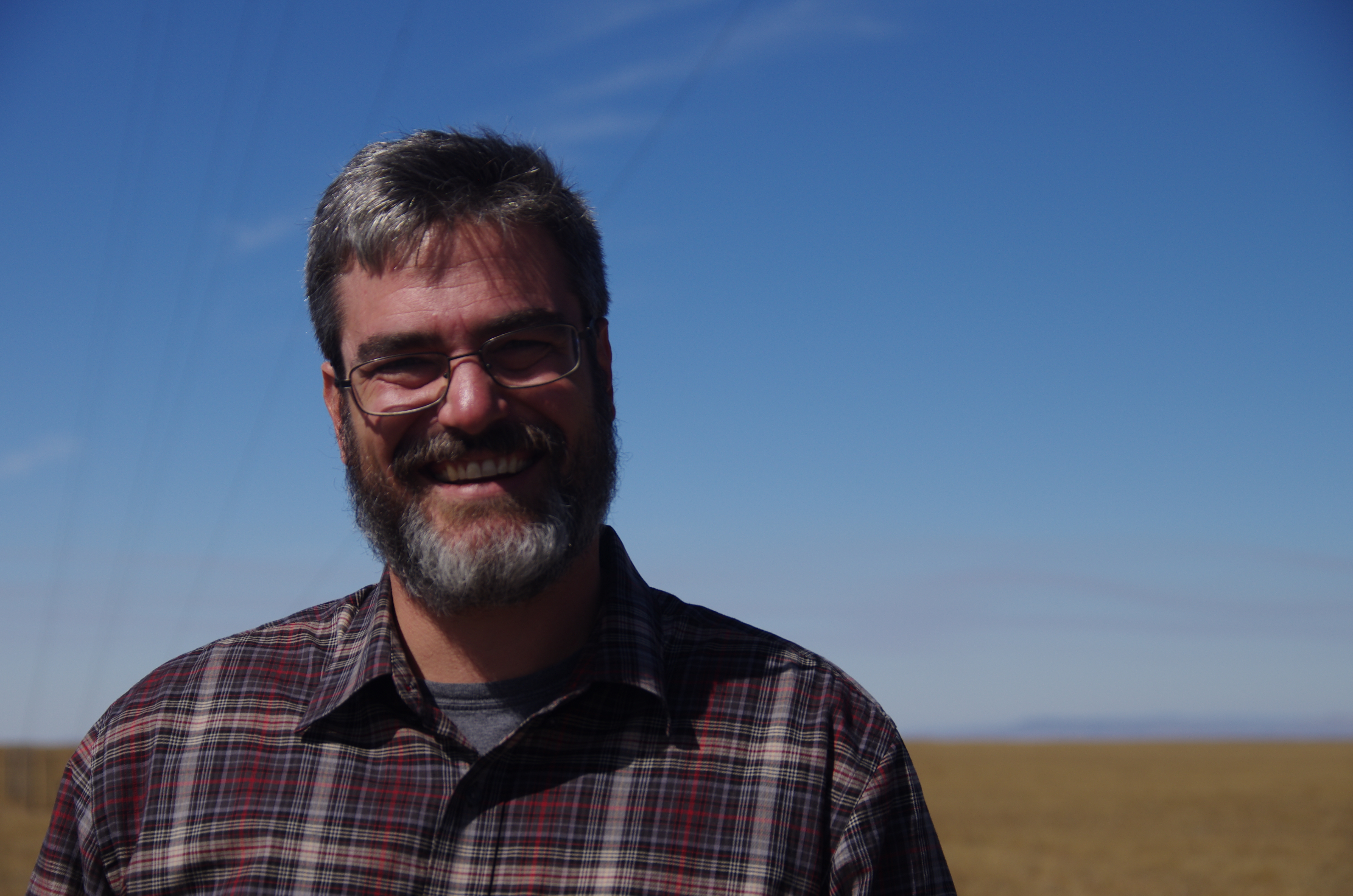 Paul Martin is the president of Intermountain Wind, a wind development company.

Paul Martin stands underneath a meteorological tower at the site of a project being developed by his company, Intermountain Wind. Viridis Eolia, a Venezuelan company, is looking to develop a $3.2 billion wind farm in the Shirley Basin of Wyoming. 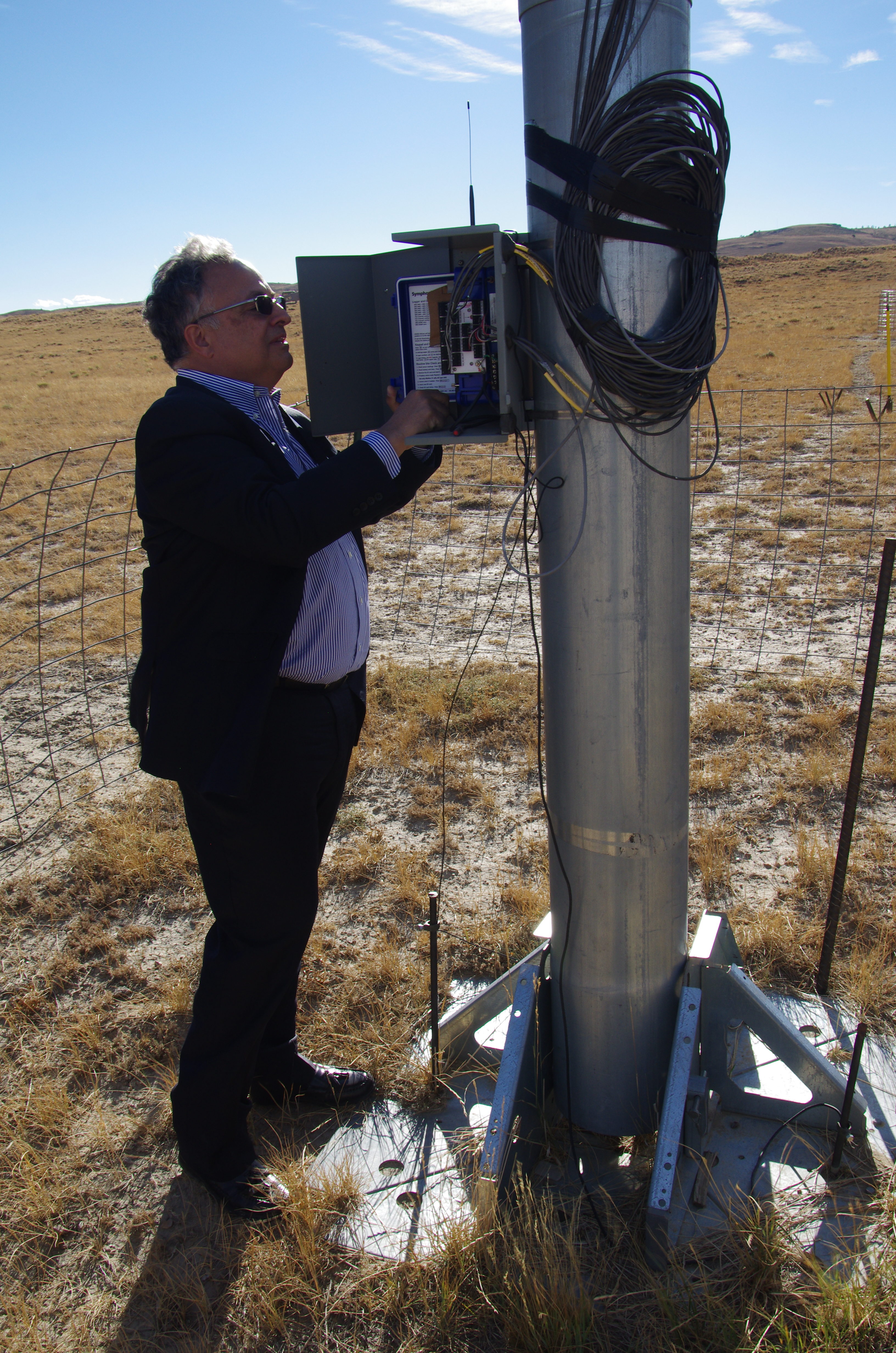 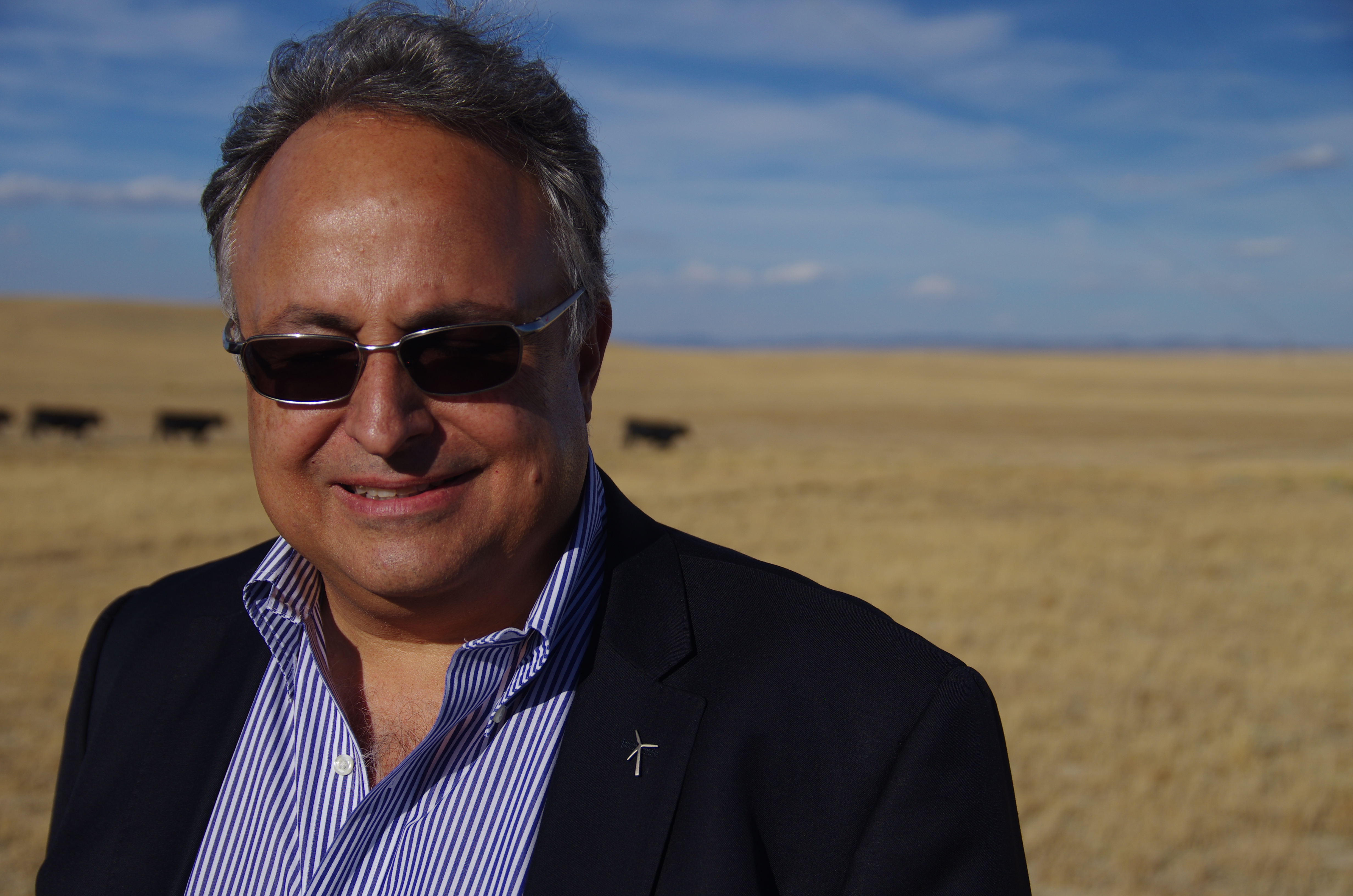 Wyoming is the only state that taxes wind energy production and now, it’s considering raising that tax.

Legislators see the increase as a way to raise revenues in the face of a massive budget shortfall due to a drop in coal, oil and gas production. But wind developers say it’s a dangerous gamble for a state that has some of the best wind power potential in the nation.

Paul Martin is the president of Intermountain Wind, which is trying to build a 170-turbine wind farm on a high plateau outside the tiny town of Rock River, in southeast Wyoming. The project has been in the works for nearly a decade. Martin said his company has spent millions of dollars on permitting—doing wildlife surveys and collecting data.

Standing at the proposed site with the wind howling past, Martin admits he’s worried those millions of dollars may have been wasted. The possibility of an increase in Wyoming’s wind tax is making his investors nervous.

“If the [tax] proposals go through as they are currently drafted, it would cripple this project,” he said.

That sentiment is echoed by other wind developers in the state. Viridis Eolia, a Venezuelan company, is looking to build a $3.2-billion, 750-turbine wind farm just a few miles north.

“[Increased taxes] would for sure drive all the projects away to friendlier lands,” Viridis CEO Juan Carlos Carpio said. “Perhaps not as windy, but friendlier.”

Those warnings from wind developers don’t sway Sen. Cale Case, who sits on Wyoming’s Joint Revenue Committee, which is considering the tax hike.

“This discussion will not deter investment in the state,” he said. “It’s a game being played to try and make sure [the wind developers] maximize profits going forward.”

Wind power has boomed across much of the country in recent years, but not in Wyoming. The state hasn’t seen a single new wind farm since 2010. When asked about the dearth of new wind farms, Case rejected the notion it might be related to Wyoming introducing the only wind production tax in the nation that year.

“That is just a total fallacy,” he said.

Rather, Case attributed the lack of construction entirely to transmission constraints—Wyoming’s existing power lines are mostly maxed out and while new ones are proposed, permitting for them has been slow. Once those lines get built, Case said, wind producers will flock to Wyoming, even if the Legislature raises the wind tax.

The current tax is $1 per megawatt hour. Case thinks doubling or even tripling that would be appropriate.

“They should pay for the impacts on our landscape,” he said. “They should pay to compensate future generations of Wyoming children for something they’ll never have, which is that viewshed.”

University of Wyoming economist Rob Godby says the issue isn’t whether increasing the tax is right or wrong—it’s about the market.

“You have to keep in mind that we are not the only ones in the game,” he said.

Wyoming has great wind resources, but so do other states, and Wyoming’s neighbors have much friendlier tax climates for wind.

Godby also says the issue of whether taxes or transmission are responsible for slow development in Wyoming isn’t black and white. Wyoming ran out of transmission capacity at almost exactly the same time as the state passed the wind tax. Around then, the state also designated many prime wind areas as off-limits to protect wildlife. Amid all of that, the potential impact of increasing the wind tax is hard to gauge.

“If you raise the generation tax and that is the straw that breaks the camel’s back and makes it so the wind farm says, ‘Maybe I won’t come here,’ you give up all the other taxes,” Godby said.

That includes sales tax and property tax that new wind projects could generate.

Paul Martin believes under the current tax structure, the project he is developing would increase Albany County’s tax revenues by a third at a time when the state sorely needs additional revenue.

“There’s potential to really damage an industry that could help plug the hole,” he said.

It’s not just Martin’s project that is potentially at stake. There are a number of proposed wind projects under development in Wyoming, including the largest proposed wind farm in North America. That project was slated to start construction this year. The company now says that may or may not happen.

The Revenue Committee meets in Buffalo Thursday to vote on whether to move the wind tax bill forward for consideration by the full Legislature.