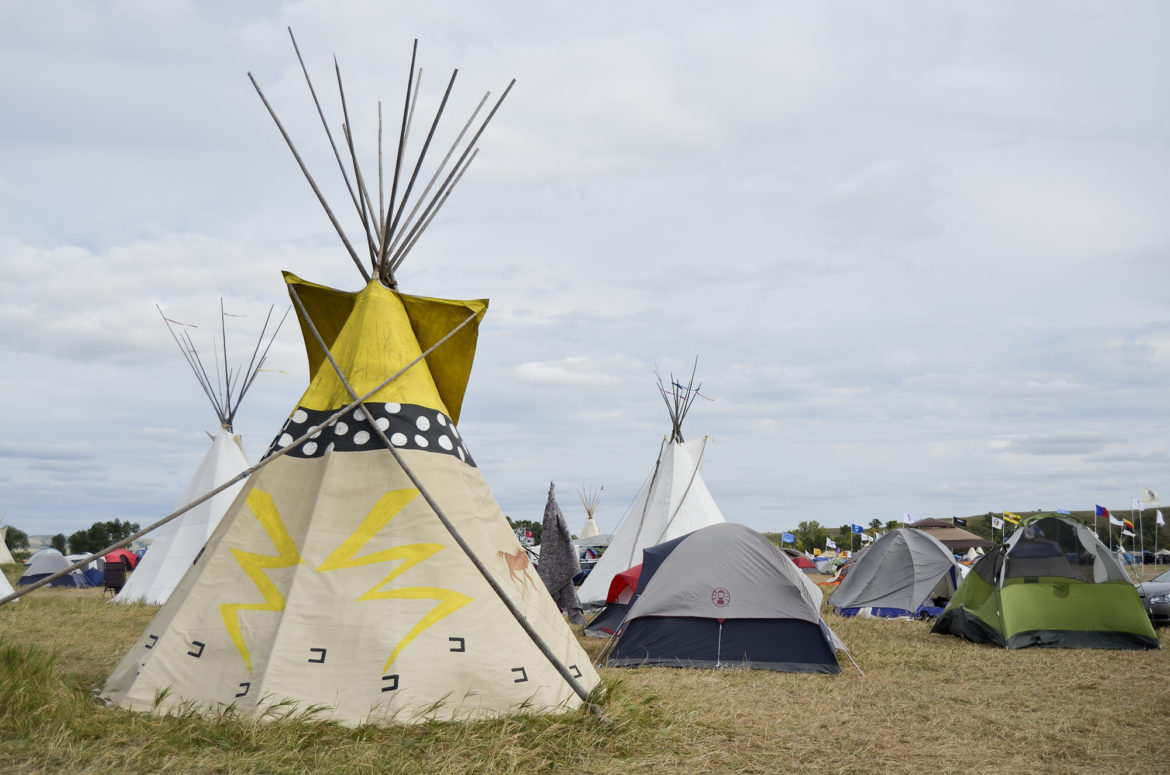 People continue to camp in tepees and tents along the Cannonball River in North Dakota to protest the Dakota Access Pipeline. The oil pipeline is slated to cross through Army Corps of Engineers land about a mile from this camp.

The Standing Rock Sioux Tribe, and others, are bringing issues from the North Dakota prairie all the way to the capital. Native American leaders are heading to Washington to meet with President Obama on Monday for the President’s last Tribal Nations Conference. Meanwhile, in North Dakota, protesters remain camped out in opposition to a controversial oil pipeline.

One of the biggest issues on the table is the issue of consultation.

Consultation is the term used to describe official communication between the federal government and tribes.  What constitutes real, meaningful consultation has become central to the fight, both on the ground and in court, over the Dakota Access pipeline.

That project, if completed, would carry Bakken crude oil over a thousand miles from North Dakota to Illinois. Members of the Standing Rock Sioux Tribe are worried that the pipeline could contaminate their water and disturb ancestral sites. So, they sued, in part, over alleged violations of the National Historic Preservation Act.

“It is if there is concern that traditional cultural properties will be harmed or disrupted. Then tribes have a right to be consulted. Even if those properties aren’t on tribal land,” Sarah Krakoff explained.  Krakoff is a professor at University of Colorado specializing in American Indian Law and Natural Resources Law.

“Their hope and their sense is that they’re not being consulted just to have a box checked, Consultation, check.”

But those are the exact words that some leaders use to describe consultation between their tribe and the federal government.

In court documents, the Standing Rock Sioux say the consultation process for the Dakota Access Pipeline was  “fundamentally flawed.”  They allege that the consulting agency, the Army Corps of Engineers, didn’t give them enough time to respond. That they sent a generic form letter to initiate consultation. And didn’t consider all of the areas that could have been affected by construction.

But another court document, which lays out the D.C. Circuit Court judge’s decision to deny the tribe’s motion, has a laundry list of dates that the Army Corps of Engineers did contact the tribe, or tried to and just never heard back.

So why do these two parties have such vastly different views on the same process?

“Sometimes what the agencies think of as adequate and with all good intentions do not feel adequate from the tribal side. Either because the process isn’t meaningful to them, it doesn’t accord with their timeframe or decision frame. And frankly with their staffing abilities,” Krakoff said.

The Standing Rock Sioux is not the first tribe to bring a lawsuit over consultation on energy infrastructure projects.

The Quechan tribe in Arizona sued over a proposed wind farm in 2012 and over a solar project in 2010, both on land in California, close to their reservation.

“And now you’re seeing this play out in the courtrooms with Dakota Access,” Troy Eid, a Denver-based attorney with the law firm Greenburg Traurig and co-chairs its American Indian Law Group. “These issues are gonna be debated and they’re gonna be litigated all over the US.”

Eid attributes this trend to the Obama administration’s efforts to beef up consultation guidelines between tribes and federal agencies.

“So the point is, are there more arrows in the litigation quiver? The answer is yes, there are many more,” Eid said.

The Dakota Access pipeline fight may prove to be a turning point. The federal government on Friday invited all federally recognized tribes to meetings starting next month. They plan to discuss ways to ensure meaningful tribal input on infrastructure projects or, in other words, formal consultation.