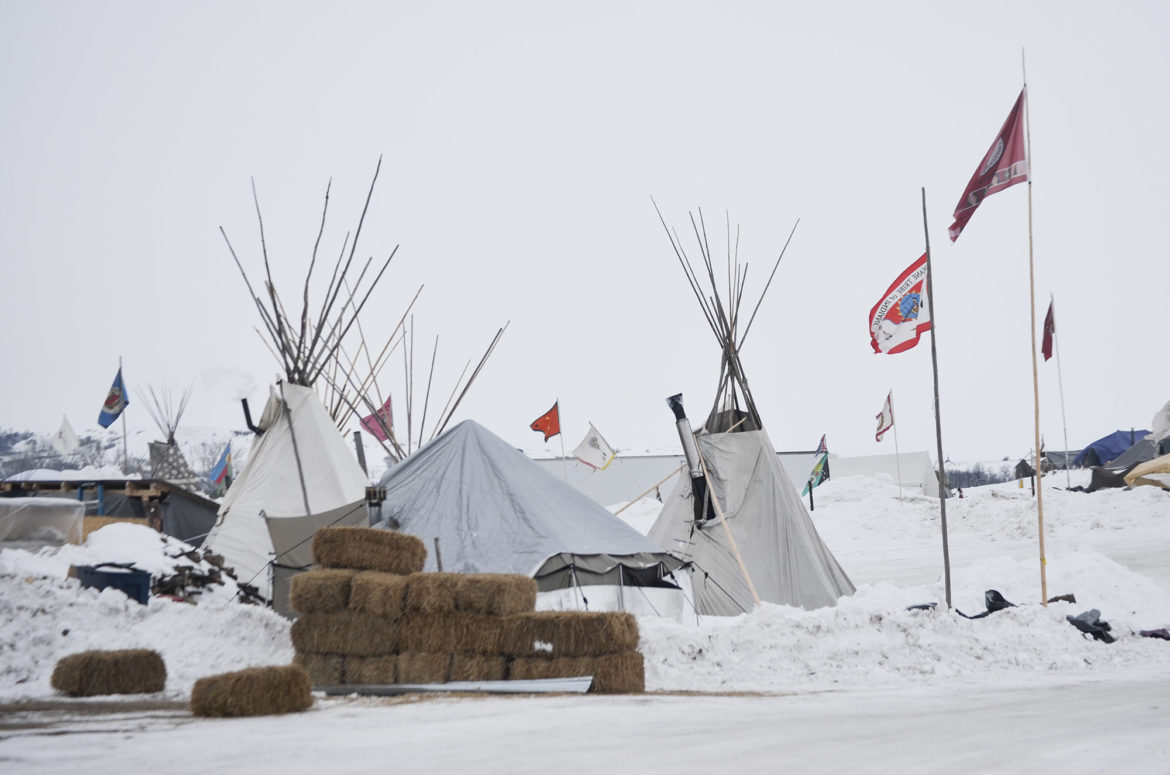 Tents, teepees and wooden shelters remain at camp, some of which are abandoned. The Standing Rock Sioux Tribe wants the camps cleaned up before the snow melts and floods come.

The news this week that President Donald Trump is taking steps to advance the Dakota Access Pipeline did not surprise people in North Dakota, who expected the new administration would act swiftly.

Trump indeed moved quickly, signing documents on his second full work day in the White House to speed up the project’s approval and revive the Keystone XL Pipeline.

Photographers’ cameras shuttered in the Oval Office as Trump took a pen to a memorandum that many in North Dakota anxiously awaited. The memo directs the Army and the Army Corps of Engineers to review the Dakota Access Pipeline in an expedited manner.

The president also asked the department to consider scrapping its plan to prepare an environmental impact statement. The Army, whose Corps of Engineers oversees the nation’s waterways, launched the study in the final week of the Obama administration. That environmental review could be lengthy, slowing down an already stalled permit process.

The White House says it wants to sit down with all sides in the conflict to negotiate a solution.  The Standing Rock Sioux Tribe, who have led the local opposition to the pipeline, says the tribe is willing to meet, but is skeptical.

“I don’t think there’s a lot of in between space for a compromise,” said Jan Hasselman, an attorney for the Earthjustice law firm that represents the tribe. “They have doubled down again and again on putting a pipeline in this place.”

If the federal government grants the pipeline a permit in the near future, the tribe plans to pursue legal action to force the full environmental study.

For the oil industry, that permit can’t come soon enough.

“This pipeline should be moving oil today, and we’d have 2,000 or 3,000 less trucks on the road in western North Dakota,” said Ron Ness, president of the North Dakota Petroleum Council. “We’d be getting our oil to market, to a better market, more safely and reliably. And we’d be getting a better price for it.”

All that’s left to complete the 1,200-mile pipeline is to connect both sides under the Missouri River.

The protesters’ camps lie adjacent to the pipeline construction area. The demonstrators are still under surveillance, with a helicopter flying overhead while private security for the pipeline company and law enforcement staking out vantage points on nearby hills. They’re watching to see what the protesters do in the wake of Trump’s move. Crystal Houser of Oregon covers her face to stay warm at camp this winter. She encourages those around her to avoid conflict on a contentious bridge, where police and protesters have clashed in recent months.

Crystal Houser came from Oregon and managess the camp’s exit. She encourages people walking by to stay away from a nearby bridge barricaded by police. It’s blocking the protesters from accessing the pipeline’s final construction site.

“We are not here in force,” she said. “We are not going to be able to physically stop them from doing it. So all we can do is take our last stand against it, and let the world see that that’s what happened, that they let this go through.”

Standing Rock Chairman Dave Archambault said it’s time for the fight to switch gears. He urges protesters to abandon camp and start contacting their congressional leaders and the Trump administration.

“We have to get out there, and we have to make our voices be heard,” he said. “The fight is now in D.C.”

The population of the camps here has thinned tremendously since its peak of several thousand people this fall.

The tribal council last week passed a resolution to shut the camps down. The council is concerned about violent demonstrations and a renewed influx of people to the area that’s placed a burden on nearby reservation towns.

But the tribe’s first priority is getting the camp cleaned up before warmer temperatures hit, the snow melts, and floods race through the camps  littered with shacks, tents, cars and debris.

That, for once, has the tribe on message with the North Dakota government.

“We’ve got an environmental and human disaster that’s ticking away as we head toward spring flooding,” Gov. Doug Burgum said. “Any logical person would say, let’s not make that a bigger problem.”

While some protesters are leaving, others are merely moving their shelters to higher ground.