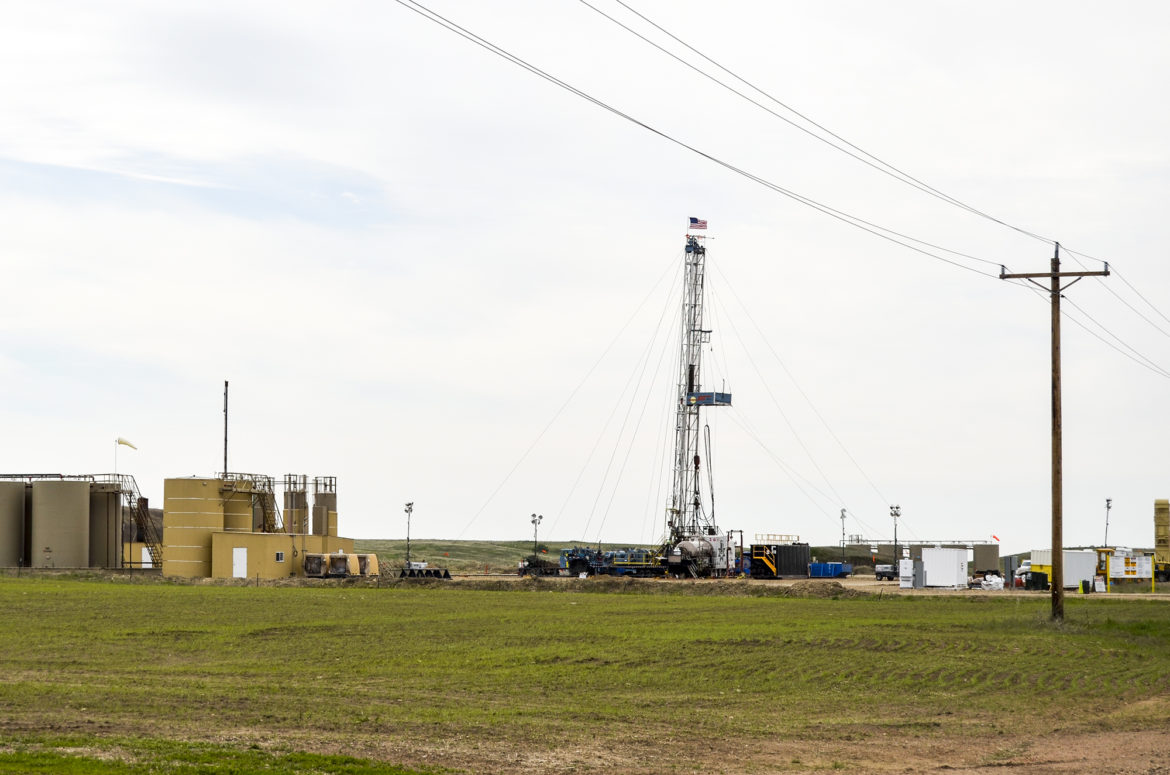 A rig drills for oil near Williston, North Dakota. The number of oil rigs operating nationally has doubled over the last year.

There’s a sense of excitement taking over the Bakken oil patch, like at the M&H gas station in Williston.

Over the last year, it was pretty quiet for store manager Angela Neuman.

She’s having to place more orders for her two most popular items: cigarettes and chewing tobacco. The newcomers in her store are filling jobs on oil rigs and frack crews and a host of other openings in health care and retail to support the growing population.

The oil industry is emerging from a two-year slump in crude prices that led to layoffs and a drop in production. A year ago, activity had slowed way down in America’s oil fields. Only 400 rigs were drilling for crude. Today with higher prices, the number is up to 900.

The Organization of Petroleum Exporting Countries stepped in last week, deciding to extend production cuts in an effort to further bolster prices.

Even during the downturn, there were still a lot of job openings, said Cindy Sanford, customer service office manager for Job Service North Dakota in Williston. But with less drilling and smaller profits, workers’ hours often got cut.

“Where they made the money was overtime,” she said. “We would have people walk in and go down to 40 hours and and all of a sudden they’re going, ‘Can I file for unemployment?’”

Today, she’s seeing those overtime hours return, and job openings still abound. During a recent week, her office posted 150 on its website. The way the markets are shaping up, this may well be the story of oil country for the next year.

The cartel of oil-exporting countries decided to extend production cuts through March 2018. Those countries hope to reduce the global oversupply of oil to help prop prices up above the $50 per barrel where they sit today.

U.S. producers ramped up oil production when OPEC made its first round of cuts late last year. That’s likely to continue.

But here’s what Helms expects will change: The uptick in new rigs drilling for oil will start to level off.

“We’re going to have to see $5 and $10 increases in oil prices to really begin adding rigs,” he said. “We don’t see that happening until sometime in 2018.”

In other words, the impact of OPEC’s cuts won’t be felt immediately. But he said the cuts will help maintain this resurgence of oil activity.

The Bakken has one more advantage coming its way. This week, the Dakota Access Pipeline finally comes online, after months of widely publicized protests that delayed its government approval. A segment of the Dakota Access Pipeline waits to be buried last fall in Morton County, North Dakota.

The pipeline will bring cheaper prices for transporting Bakken crude, and it opens up North Dakota oil to new markets, especially the Gulf Coast. American crude is increasingly exported overseas, but she said the consistent quality of Bakken oil is attractive to refiners in the Gulf.

“It’s definitely picking up, but I don’t know if it’s ever going to boom,” said the customer service representative with Job Service North Dakota.

She’s referring to a few years back when the price of oil was sky high.

In the boom and bust cycle of the oil patch, stability is a welcome change.