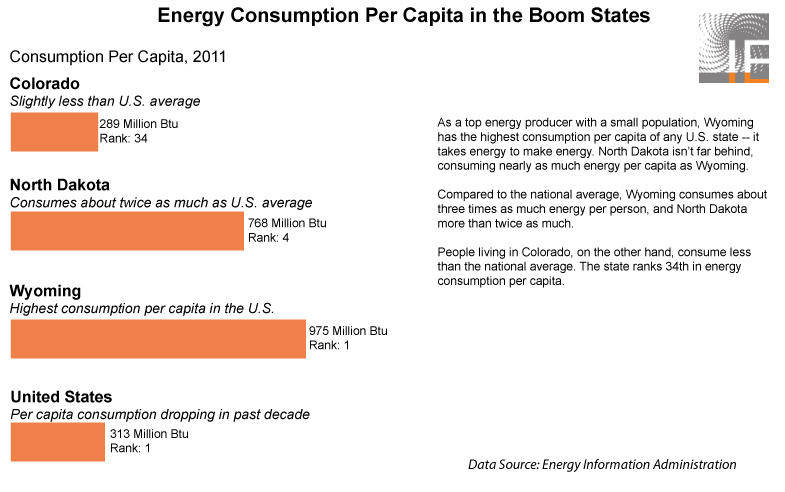 Welcome to the second post from Inside Energy’s series on the basic energy industry facts in the Middle America Boom states of Colorado, North Dakota and Wyoming.

Yesterday, we took a look at energy production. Today, we’re turning to consumption. All three boom states are net energy producers.  (As a nation, we consume more energy than we produce) For all three, industry is the biggest consumer and transportation is the runner-up.

When we look at consumption per person, however, the picture is quite different. As a top energy producer with a small population, Wyoming has the highest consumption per capita of any U.S. state – it takes energy to make energy. If you consider the total consumption per state, it’s easy to see that Wyoming and North Dakota residents aren’t necessarily hiking up their energy consumption by leaving their lights on and their TVs blaring all night: Most of the consumption comes from industry.

Stay tuned for the final piece in this introductory series, where we’ll look at production and consumption side-by-side.