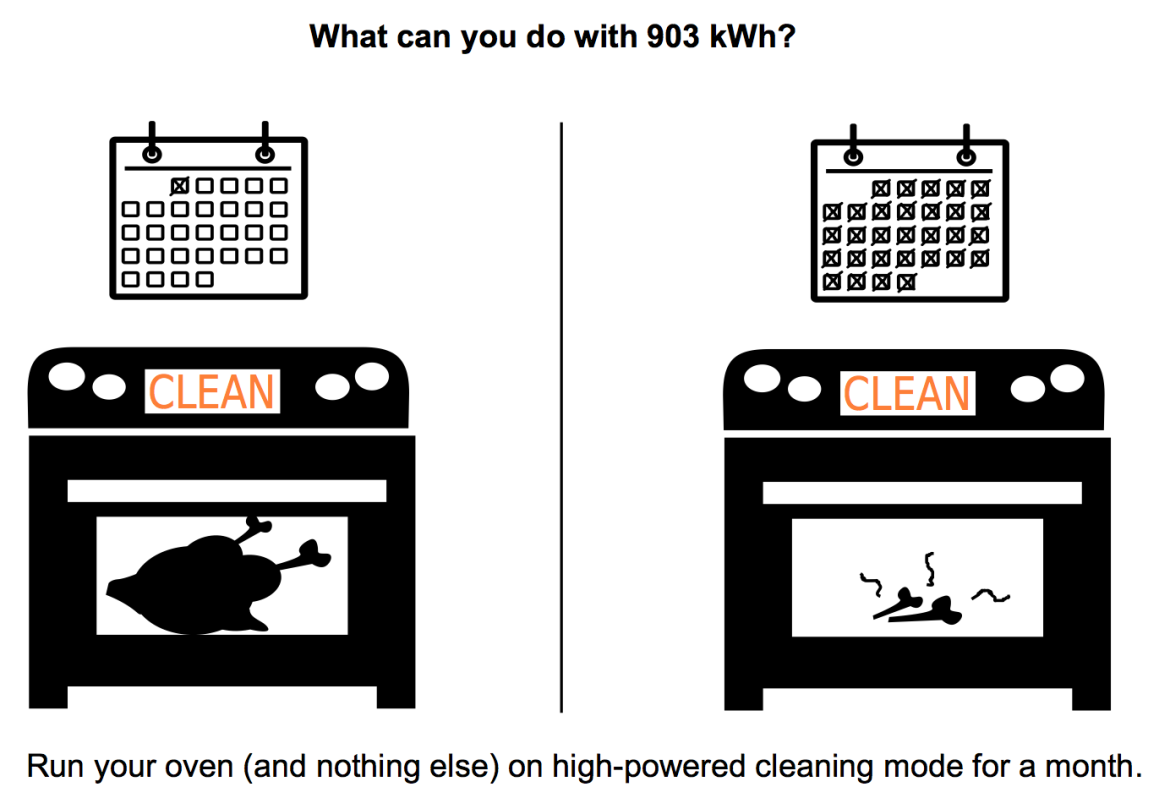 That’s enough to power your household appliances and electronics, but what else can you do with 903 kWh?

Here are some unusual ideas: Next time, we’ll explore where your electricity comes from, and what it looks and feels like.

*Nerd note: It’s roughly the difference in gravitational potential between a VW orbiting at 370 km and a VW on the Earth’s surface — to actually launch it, you’d have to overcome air resistance, and would probably need a bit more than 903 kWh.