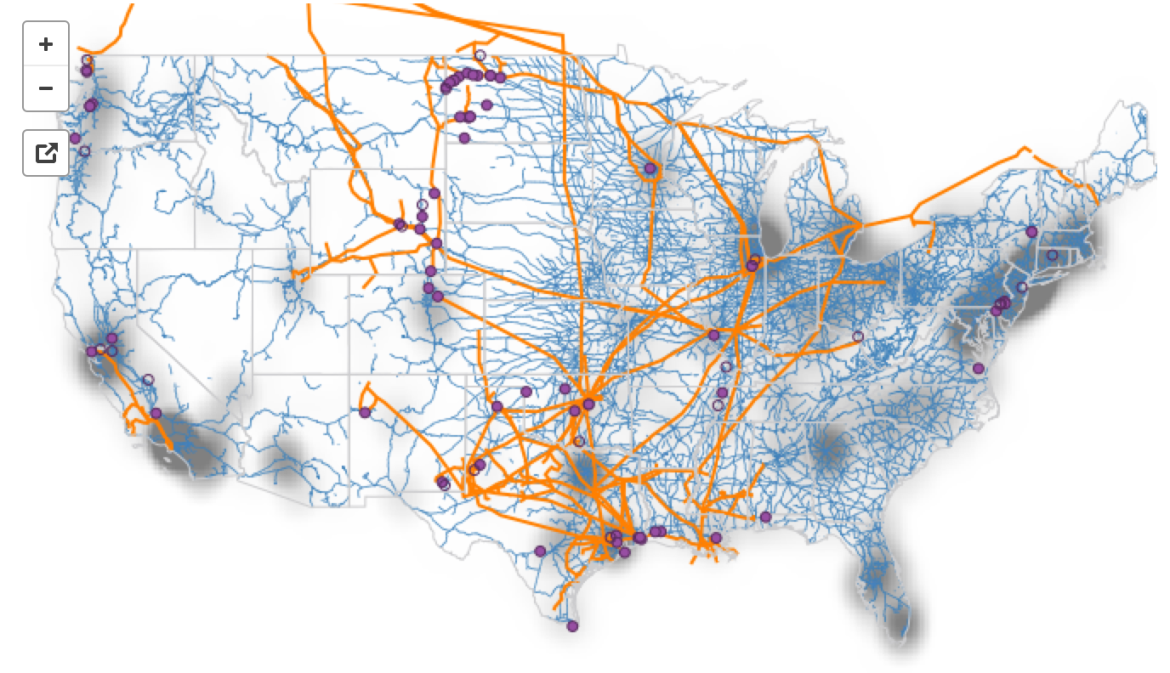 The Associated Press reports today that the railroad industry is taking steps to avoid public disclosure of crude oil shipment routes. The companies were ordered last month by the Department of Transportation to begin notifying rail yards and emergency responders when large shipments of Bakken crude were rolling through their communities.  Those disclosures are due to begin this Saturday.  The companies have to reveal route details and the amount of oil carried in shipments of 35 or more tank cars.

Citing security concerns, the railroads have asked states to sign confidentiality agreements to not reveal the routes to the public. Inside Energy contributor Stephanie Joyce confirmed today that Wyoming has signed a non-disclosure agreement with Union Pacific railroad.

“This report would be used solely for and by bone fide emergency planning and response organizations for the express purpose of emergency and contingency planning. The information would not be distributed publicly in whole or in part without the express written permission of the Union Pacific Railroad.”

Guy Cameron, Director of Homeland Security in Wyoming, explained that the state Attorney General’s office determined that the data was intended solely for first responders and local emergency planning committees could get that information.

The AP story lists North Dakota as one of the states that have thus far refused to sign, along with Wisconsin, Montana, Illinois, Idaho and Washington.  Colorado tells Inside Energy contributor Grace Hood of KUNC that the state will not sign the agreement, but the public will have no access to the route information.

“We will be sharing it with appropriate state personnel, local emergency response personnel and local emergency planning committees as spelled out in the DOT order,” said Dave Hard, emergency management director for the state of Colorado.

Mark Davis, spokesperson for Union Pacific Railroad, said that, with regard to those states that don’t sign agreements, Union Pacific will refer them to the Federal Railroad Administration for clarification.

“A lot of it is for confidentiality because of the safety, security, as well as the business workings. A lot of the state agencies have been very responsive to that,” he said.

The new disclosure rules come as a result of growing concern after a spate of accidents, including one, last July, that killed 47 people in a small Quebec community.  The rules only pertain to shipments of Bakken crude which some believe is more flammable and dangerous than light crude coming out of other oil fields.  There’s been a huge spike in rail shipments from the Bakken in recent years, as existing pipelines cannot handle the increased oil capacity.