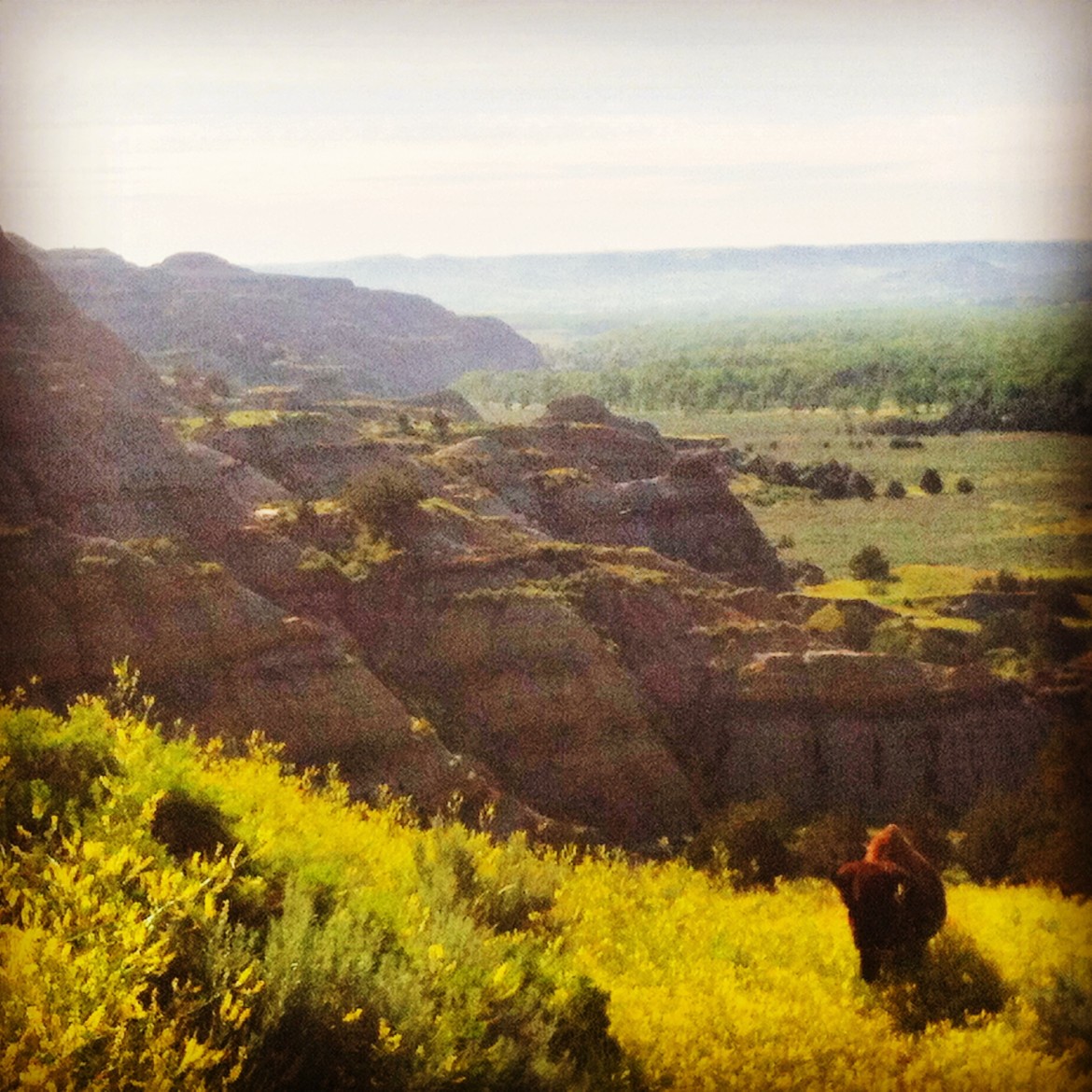 I’ve visited a lot of national parks, but Theodore Roosevelt National Park in the badlands of North Dakota is the first one where I thought, “Thank God this place exists.”

Most of the time, national parks in the West are surrounded by public land that’s largely undeveloped. Driving into the Needles District of Canyonlands National Park in Utah, for example, you cruise through miles of red rock canyons and cottonwood-lined streams managed by the Bureau of Land Management before you cross into the park. From behind the windshield, it’s not totally clear what changes when you drive across the park boundary.

The North Unit of Theodore Roosevelt National Park is not like that. There, acres of cultivated farmland meet native prairie right at the fence line. You can see where tractors have tilled the land in contours, leaving only the steep slopes of small buttes untouched. At night, pin pricks of white light and fires dot the landscape outside the fence. Campfires and headlamps, one might wonder? Nope — they’re natural gas flares and spotlights on drilling rigs. A ranger told me the North Unit used to have some of the darkest skies in the country. Not anymore.

When Congress created the National Park Service in 1916, it said the agency’s mission was to, “conserve the scenery and the natural and historic objects and the wild life therein and to provide for the enjoyment of the same in such manner and by such means as will leave them unimpaired for the enjoyment of future generations.”

Theodore Roosevelt National Park is living up to the purpose of a national park — protecting the land inside it from development and degradation– perhaps more than any other park I’ve been to. The question is, how much does what happens outside affect what happens inside?