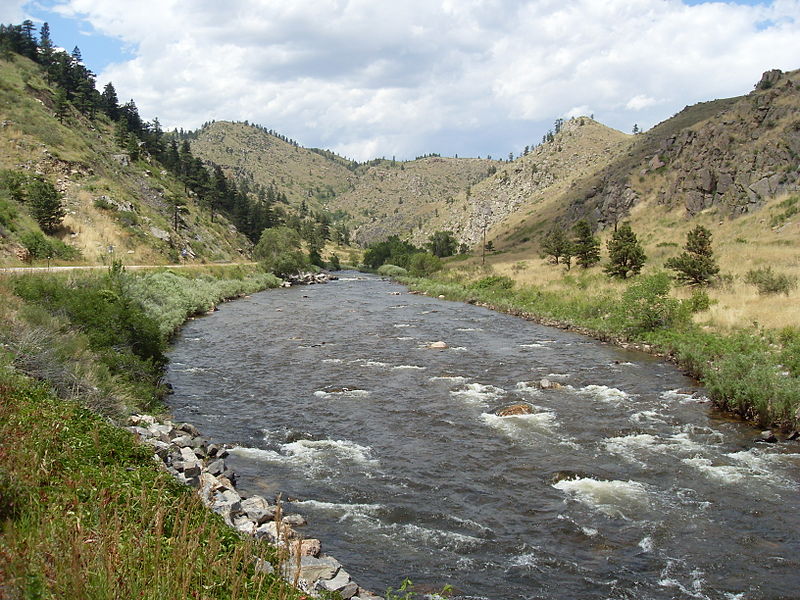 The Poudre River in Colorado before the oil spill. Creative Commons: Wusel007

Incidences of oil and gas spillage are on the rise in Colorado, according to an article in the Denver Post, but it remains unclear whether this “rise” is simply due to changes in reporting regulations.

Whatever the trend, however, local residents frequently remain in the dark about the spillages, which sometimes can contaminate water supplies.

But there is some confusion as to whether or not spills are actually increasing. On Monday, the commission amended the database citing a recording error and saying there had only been 467 spills this year.

A new regulation effective February 2014 requires companies to verbally notify the COGCC within 24 hours when more than 210 gallons have spilled. The previous threshold for reporting was 840 gallons.  According to Bob Randall, state deputy director of natural resources, this change may be responsible for reported increase in spills:

It is anticipated that spill report numbers will increase due to the lower reporting thresholds, the ongoing increase in the number of producing wells, and the COGCC’s increased attention to enforcement.

Regardless of whether spillage has increased or not, many of these incidents can impact the local environment. Of the nearly 2,500 spills reported since January 2010, 142 (5.7 percent) contaminated surface water and 375 spills (15.2 percent) contaminated groundwater, according to the Denver Post analysis.

But many of the spills, and their impacts, aren’t being communicated to the local community. While the American Petroleum Institute industry trade group recently announced new standards encouraging companies to communicate more robustly with local residents, the guidelines don’t include the whether, or by what means, the information should be conveyed to local communities.

It is an issue that Pete Maysmith, executive director of Conservation Colorado believes needs to be addressed.  According to The Post, Maysmith said:

These oil and gas companies are engaging in a heavy industrial activity — right over the backyard fence in some instances. And with that comes the responsibility of telling people who could be affected when something goes wrong.

Some communication does already take place, but it relies on individual initiatives rather than standard protocol or regulation.  When more than 7,260 gallons of crude oil and condensate spilled into the Poudre River a half mile east of Windsor, Colorado, Noble Energy called the local town manager to reassure the town that there was no risk to the water supply.

The new standards issued by the API this month aim to address this issue, focus on encouraging companies to communicate directly with local communities, rather than indirectly through state officials. Pete Maysmith believes this initiative is vitally necessary:

We hear a lot from the industry about how they want to build trust. That’s been an industry talking point. Are they ever going to succeed in building trust? A starting point would be full and transparent communication — including when that is bad news like a spill.