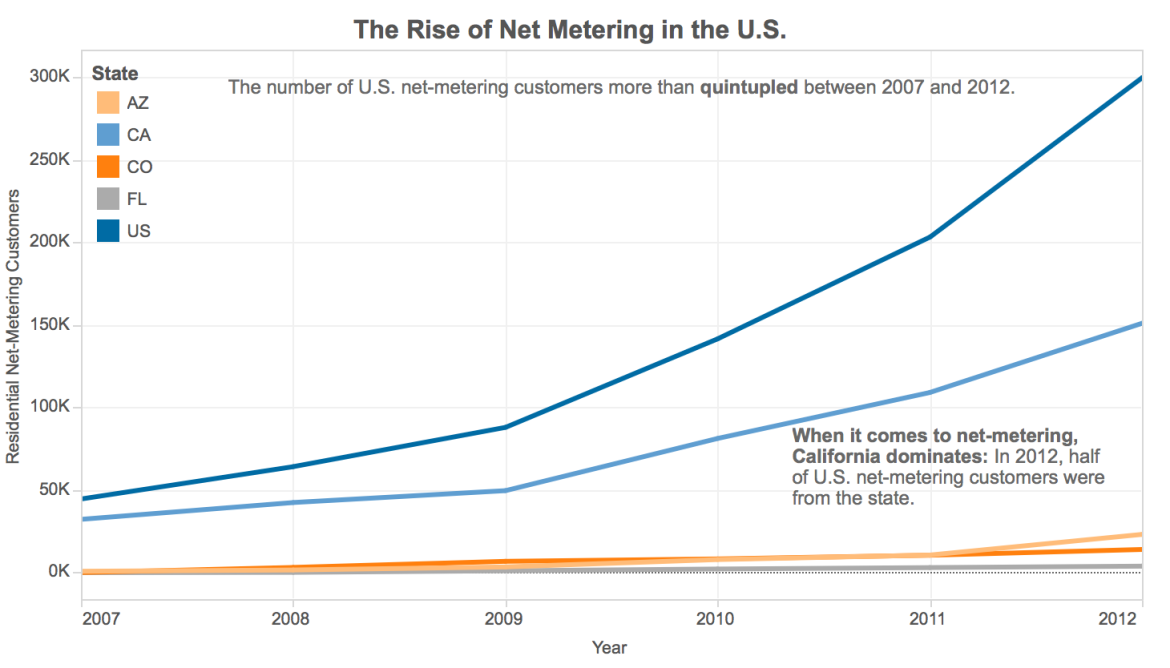 The Rise of Net Metering in the U.S.

As rooftop solar becomes more affordable, tensions have grown between electric utility companies and residents. Why? A widespread policy called net metering, which requires utilities to purchase back power generated by their customers’ solar panels, is nibbling at utility company’s bottom lines.

Inside Energy’s Dan Boyce reported this week that some utilities are fighting back by spending millions of dollars on anti-rooftop solar marketing campaigns and attempts to influence public policy on the issue.

As shown in the graph below, Energy Information Administration data on the number of net metering customers in three sunny states – Arizona, Colorado, and Florida – tells three very different stories:

Although this data shows all residential net metering customers (the Energy Information Administration only started breaking them out by energy type in 2010), around 98% use solar panels.

Nationwide, California dominates the solar market. In 2012, half of the 300,000 net metering customers in the U.S. lived in California:

But let’s keep this in perspective. Although net metering and the affordability of rooftop solar have utility companies pushing back, solar remains a tiny slice of the electric utility pie: Only one-quarter of one percent of U.S. households, or one in 400, were net-metering customers in 2012.

Inside Energy will be continuing to follow net metering and the tensions it causes between residents and utilities.