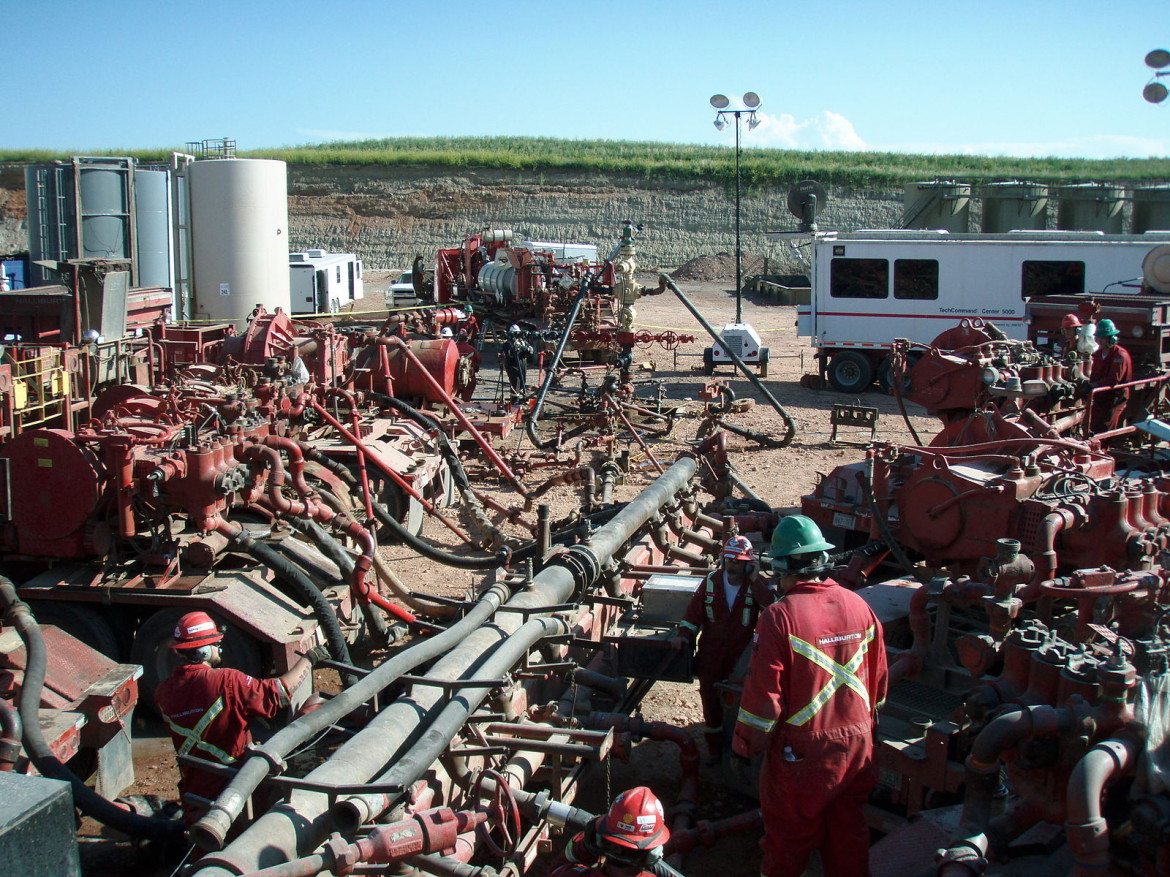 The current oil and gas boom, fueled by a technique called hydraulic fracturing, has opened massive shale gas and oil formations in states like Texas, Colorado, North Dakota, and Pennsylvania.

But unlike past booms, this time drilling is bumping right up against communities. With oil and gas development now at their doorsteps, people are worried about the health impacts.

The industry has taken off so quickly, scientific research about those impacts – which is timely, costly, and complex – is playing catch up.

Why is it so hard to find answers about the public health effects of oil and gas development?

The confusion starts with the word “fracking.” It refers to the process of injecting fluid into the ground to stimulate oil or gas flows from shale formation.  But the term has become a proxy for the entire process of oil and gas development and all the infrastructure that comes with it: construction equipment, trucks, pipelines, refineries.

Each part of the process poses its own health risks. Studying each of these risks comes with its own challenges.

One of the biggest barriers to studying the public health effects of oil and gas development is funding.

Unless you’re willing to take money from the industry to pay for your research, funding is scarce.  And if you do that, you risk being called a member of, “frackademia,” according to Nadia Steinzor of EarthWorks.

Most of the researchers we spoke with said a thorough population-based study looking at public health impacts takes at least 3-5 years.  The speed of the boom hasn’t left enough time for the kind of research needed for good science.  Yet.   John Adgate, of the Colorado School of Public Health explained it like this:

“The unsexy part of public health is following people over time. Its called tracking or sometimes its a little more creepily called surveillance. This is why tracking going forward and doing population based studies in people is important. It is the only way to know for sure because you can talk more authoritatively about the cause and effect relationship between exposure and disease of interest.”

To study the real public health impacts of drilling, you need to know what your air and water quality looked like before the well went in. Scientists call this baseline testing.  And, because we don’t have a time machine, and because the boom has overtaken communities so quickly, it is hard to understand the effects of drilling because in most places these tests were never done.

There is also the matter of exposure.  How much of the risky stuff that we know is in the air and water is actually getting into someone’s body?  To figure this out, researchers measure things like dust, or a toxin like benzene, at a work site, and measure how far the dust or toxin can travel.  All of this research necessitates getting the drilling companies to cooperate- not always easy!

But researchers are making progress and we actually know a lot – just not enough.

“It is a field where you’re trying to keep people out of the hospital,” Adgate said. “So, I mean, public health is all about prevention. This is, from a research standpoint, a really challenging problem.”

In part 2 of this series we’ll go over what we know about how drilling can affect your health – along with what we don’t know – and how researchers are working to fill in those gaps.