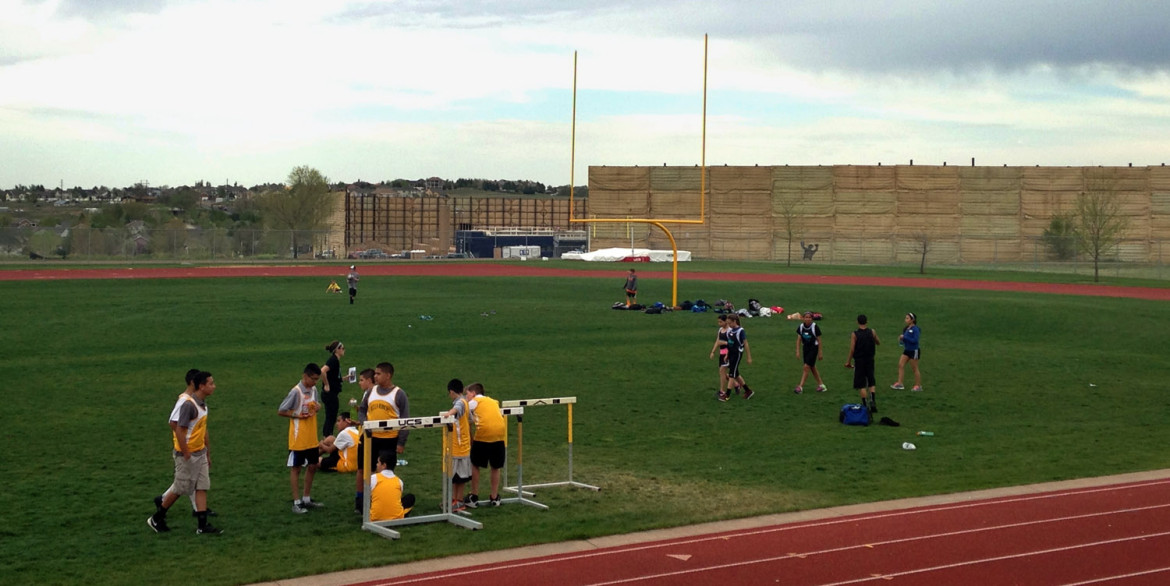 Sound-dampening walls have been built around a fracking operation about 400 feet from the Northridge High School track in Greeley, Colorado.

In Colorado, the debate over fracking –  pumping pressurized water, sand and chemicals underground to extract oil and natural gas – has turned local and state governments into rivals. When one city banned fracking altogether, the state launched two lawsuits. Inside Energy’s Dan Boyce reports for the PBS Newshour on how the friction between activists and industry has turned into a battle between local and state control: