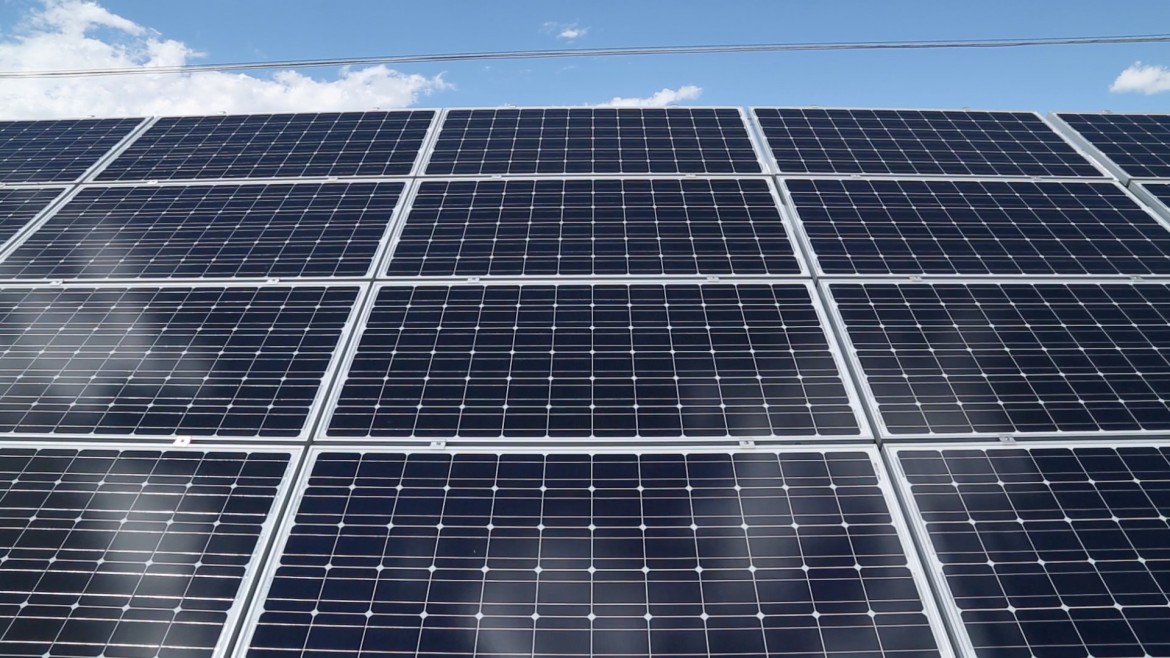 Solar power is prompting changes in the way energy is distributed.

NPR’s Yuki Noguchi reported on Morning Edition today about how New York state is considering fundamental changes to its electrical grid to respond better to extreme weather conditions. The article is directly related to Inside Energy’s Solar Challenge series.  And that series can help put some of Noguchi’s reporting into context.

Modifying the way the power grid works could make it more efficient but the transition wouldn’t be so simple. Noguchi explains:

“What they’re looking to do is to really change [the existing model] into more of a network model,” says Cameron Brooks, head of Tolerable Planet Enterprises, a regulatory consultancy.

Brooks explains that, instead of just transmitting power one way — from generator to substation to home — the new proposed grid would transmit in multiple directions, including from the home, much like the Internet.

As Dan Boyce explains in part three of the Solar Challenge series, this isn’t the first time a network model has been suggested. In the 1880s, when electric power was a new discovery and we had to find a way to distribute it, Thomas Edison and George Westinghouse debated over the best approach. As solar energy becomes more popular, it might rekindle the dispute between direct current and alternating current.

Noguchi cites climate change as one of the reasons New York is considering a change to the grid. As Jordan Wirfs-Brock’s data analysis illustrates, severe weather is one of the contributors to the rise in power outages in the past 15 years. And, with the current system, solar panels are no help in the event of a blackout.

Noguchi points out that not everyone would be on board with a new model, which would involve utilities buying and reselling the extra power generated by rooftop solar panels.

Some consumer groups, like AARP, worry that older and low-income residents might end up with hard-to-use technology or extra costs for new services.

Utilities, for that matter, also worry about their bottom line.

“A prime concern that utilities have is the recovery of their fixed cost,” says Richard Sedano, director of the Regulatory Assistance Project, a nonprofit adviser to energy regulators.

In part 2 of the Solar series Boyce explains that, while rooftop solar energy’s rise in popularity is good for the environment and a smart financial move for communities and homes, some utilities are fighting against it.

Some solutions are proposed in Noguchi’s article, including giving utilities incentives to make the system more efficient.

Bottom line, changes to the current model of energy distribution won’t be easy. It would require a re-engineering of the whole system and changes in the fundamental relationship between consumers and utilities.