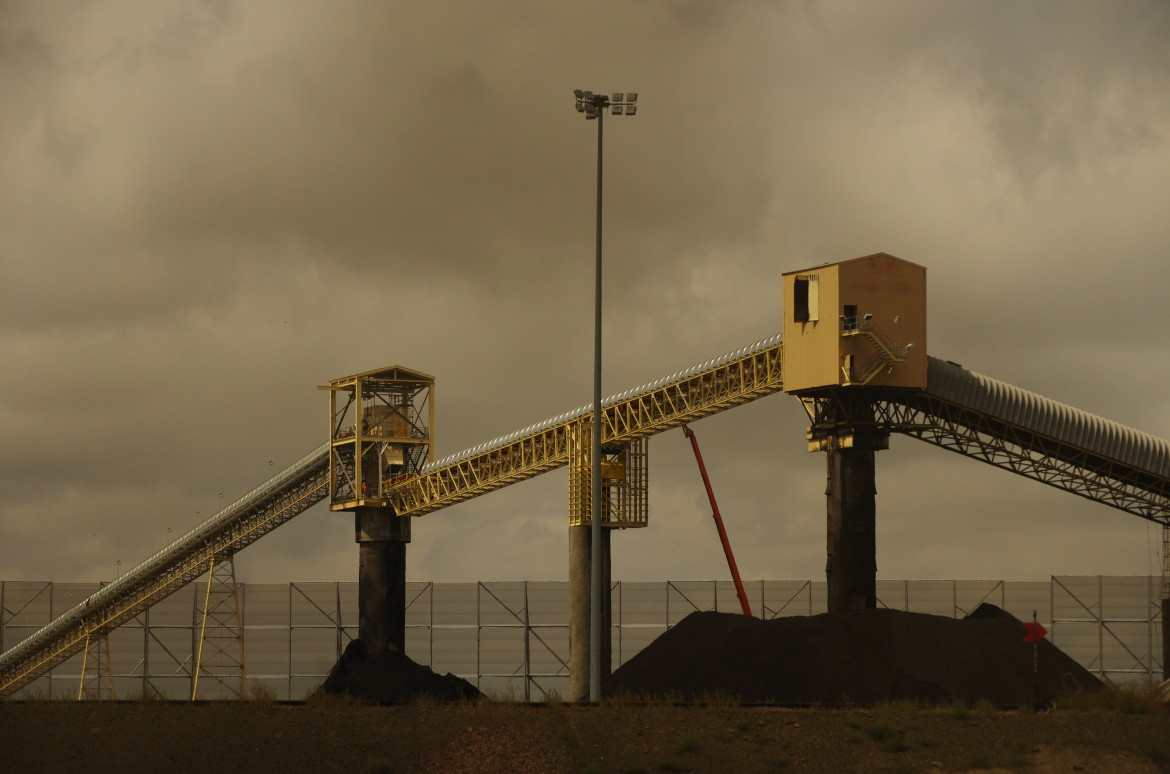 The red smokestacks of the Comanche power plant outside of Pueblo, Colorado can be seen from miles away. The plant supplies power to communities along the Front Range, including Denver, and consumes hundreds of tons of coal an hour in the process. That coal arrives in mile-long trains from Wyoming’s Powder River Basin and is stockpiled at the plant. Normally, that pile would be a hundred feet tall, according to Xcel Energy fuel supply manager Craig Romer. But right now, it’s less than a third of that.

With temperatures dropping across the northern United States, power plants would usually be stockpiling coal in preparation for higher electricity demand during the winter months, but this year, that’s proving problematic.

“You’d usually like to see about twice the amount of coal than what we have on the ground right now,” Romer said. The problem is that coal trains haven’t been making as many deliveries as usual to the plant in recent months. Oil development is booming in the northern Rockies and Dakotas, but there aren’t enough pipelines to move it. So, it’s being loaded onto hundreds of thousands of rail cars instead. “We’re competing for the same rails as that new traffic is competing for,” Romer said.

In addition to oil taking up capacity, there have been two years of bumper grain crops in the Midwest. And an exceptionally cold winter last year meant trains couldn’t run as fast. The only way for the railroads to avoid a slow-motion traffic jam of epic proportions has been to keep some trains off the tracks. But that means some of the coal bound for Xcel’s plants, not only in Colorado, but in Minnesota and Texas, isn’t making it there.

Romer estimates stockpiles for all of Xcel’s coal-powered plants are at 60 percent of where he would like them to be. “The industry as a whole, the utility industry, is being impacted from the lack of deliveries,” Romer said.

BNSF is the railroad that’s had the most problems with delays. The company declined to be interviewed, but spokesman Matt Jones said in an emailed statement that BNSF is investing $5 billion in improvements to its network this year.

All of that is helping, but Paul Gutierrez, a lobbyist for the National Rural Electric Cooperative Association (NRECA), says for some member plants, it’s not enough.

“They’ve been trying to catch up because it’s been a cool summer and they haven’t had as much demand for electricity,” Gutierrez said. “But it’s still not at the level where they should be.”

Minnesota Power announced earlier this month that it was idling production at two plants in response to delayed coal deliveries. A number of other utilities have taken steps to avoid having to shut down. Several NRECA member plants are among those, including ones in Wisconsin and Kansas.

“Dairyland, Sunflower, both of those facilities actually went into conservation mode to make sure that they had enough coal on hand to prevent a rolling blackout,” Gutierrez said.

Last winter, Dairyland trucked in coal to avoid shutting down, which Gutierrez said came with a hefty price tag, since the transportation costs for trucking are much higher than transporting it by rail.

“Ultimately those costs are born by our members who can least afford to have their electric rates go up,” he said. But it’s better than the alternative. “Just imagine a milk plant, if they didn’t have power, the amount of milk that would be wasted because it would spoil.”

The railroads predict the delays could last through 2015.