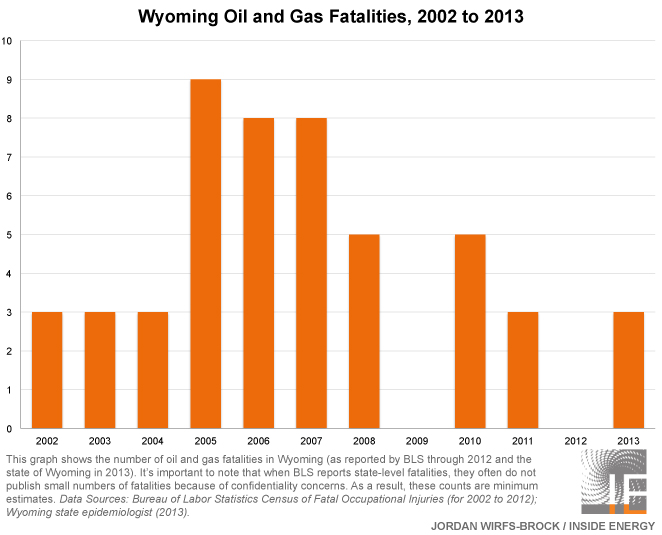 A worker has died after an explosion at a natural gas storage tank in western Wyoming. Jared Loftiss, 35, of Marbleton, Wyoming was working for Hughes Enterprises, an oilfield services company based out of Marbleton.

Wyoming Workforce Services spokeswoman Hayley McKee says the preliminary investigation suggests there was a flash fire, caused by static buildup. Three workers were injured in addition to Loftiss — one was treated and released from a local hospital, the two others are still being treated at the University of Utah Burn Center. One was an employee of Hughes Enterprises, one of CR Construction and one of EOG Resources. McKee says they were not all wearing fire resistant clothing.

Loftiss’ death brings the number of oil and gas fatalities in Wyoming this year to at least  three. Although some statistics show the state’s oil and gas industry has been getting safer in recent years, there are concerns that those improvements won’t last as the pace of drilling picks up again. Inside Energy recently explored what it takes to make dangerous industries safer in a series of stories called Dark Side of the Boom.

This post has been updated with information about the worker’s name and his employer, as well as the results of the preliminary investigation.