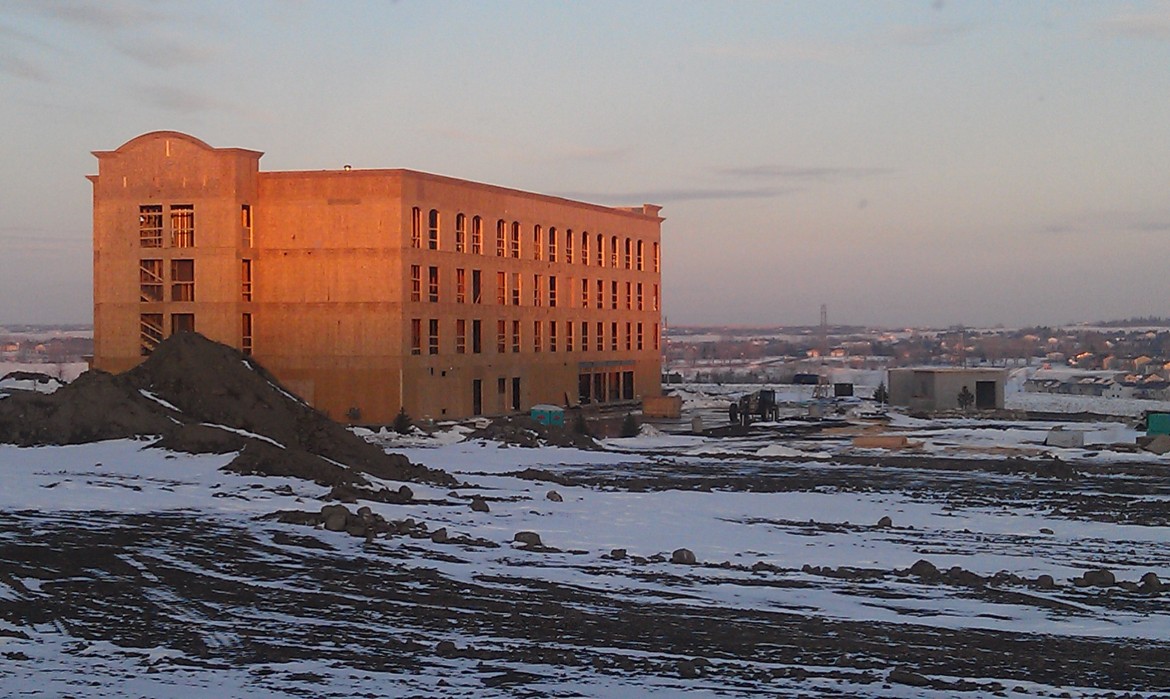 New hotels and apartments to accommodate boomtown visitors and workers are popping up on former farmland around North Dakota. This one is in Bismarck. New hotels and apartments to accommodate boomtown visitors and workers are popping up around North Dakota. Sometimes it feels like the whole state is under construction. This hotel is in Bismarck.

Today, another mainstream magazine ran a lengthy story on the Bakken. This one was in The Atlantic, and was written by Maya Rao, a reporter for the Minneapolis Star Tribune. Last summer, Rao moved to the oil patch for a month and worked at a truck stop. Here’s why she did it:

By the time I came to North Dakota in June, I’d read stories by journalists from around the globe about how advances in hydraulic fracturing and horizontal drilling in the Bakken shale transformed a barren land into a mecca for ordinary men who wanted to work extraordinarily hard. But for all the impressive reportage about the oil boom, no mainstream journalist had done what struck me as the most potentially illuminating thing of all in a story that was, in many ways, about the sacrifices Americans endure to find decent work.

Now I was part of the labor force I was writing about, standing behind the register in a yellow polo shirt with the Wild Bison logo stitched on the front, typing in orders for $900 in diesel fuel and scrambling to get the truckers their Copenhagen wintergreen longcuts.

I commend Rao for her grit and willingness to go find out what it’s like for people living in Western North Dakota, rather than just parachuting in for a week and going back home. Her story is well-written, with lots of detail and colorful characters.

But her claim that no mainstream journalist has ever gone undercover in the Bakken simply isn’t true. Blaire Briody did it last fall as a day laborer in Williston as part of her research for a book on the boom. Stephen Rodrick moved to a “man camp” for a story for Men’s Journal. And I would argue that the Reuters and AP reporters who live in Williston are totally working, and living, the boom every day.

The bigger problem, though, is that this narrative arc –“This place is crazy! Let me tell you about the [insert short but meaningful time period here] that I spent living in a boom town!”– just isn’t new, or surprising.

It’s not entirely Rao’s fault: It’s hard to do original work about something as unoriginal as an energy boom. They follow such a predictable narrative, as I wrote for High Country News back in 2012.

First, there’s the sepia-toned photo of what the place used to look like, maybe a quote or two from some old-timer at the local diner who remembers when the streets were quiet and everyone knew each other’s name. Then the newcomers show up: the speculators, land men, company men, all rolling through town with their shiny cars and pockets full of investors. They usher in a wave of rapid growth. There’s hastily-constructed housing developments and roads. Then come even more newcomers, usually young men from somewhere else. Next the story shifts to impacts of the boom: traffic, drugs, violence, high rent and environmental degradation. Finally (wait for it!), the inevitable bust. Prices drop, the man camps empty out and rigs and wells rust away. Locals are left wondering: were we better off with the boom, or without it?

Back in 2012, I came up with a short list of fresh ways to cover a boom. I think it’s worth re-visiting that list, and adding a few new entries to it.

Update: Yet another story with this same narrative arc (it was called “I Worked in a Strip Club in a North Dakota Fracking Boomtown: I went to report on life in the oil fields and ended up working as a cocktail waitress. Here are some of the crazy people I met and the stories they told me”) appeared in Mother Jones on October 14.