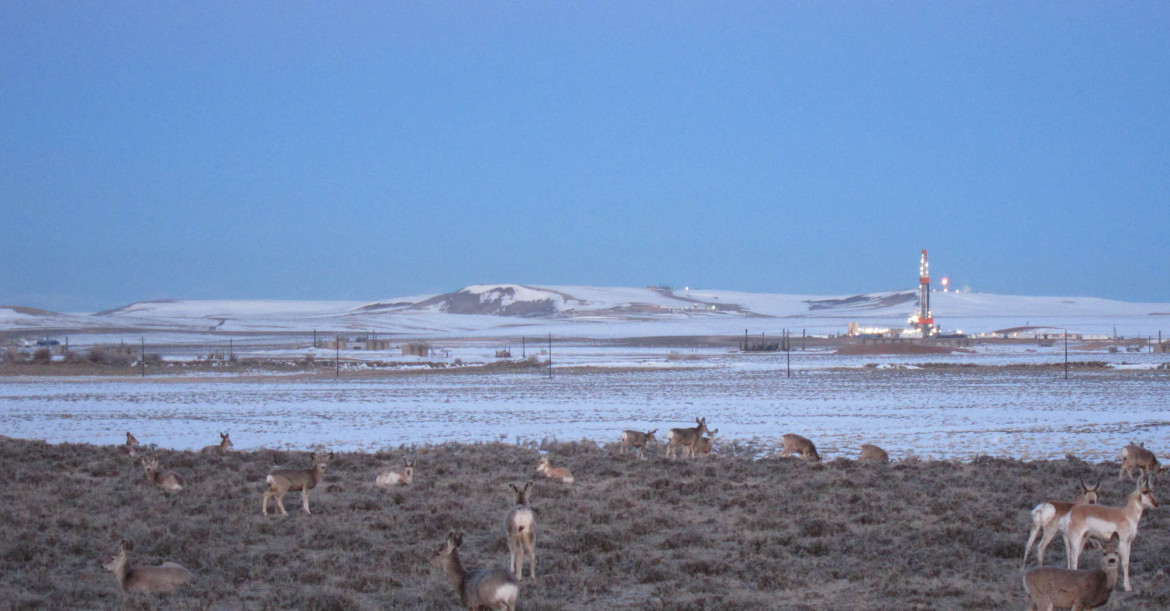 Every day, more than 2 billion gallons of water are produced in the US by the oil and gas industry. The water comes up with the oil and gas, and can contain hydrocarbons like benzene and toluene as well as the chemicals that are injected into the well to produce the oil and gas. But the federal government doesn’t treat waste from the energy industry as hazardous, and much of that polluted wastewater is allowed to simply evaporate.  Solid waste from oil and gas production is often dumped in large, open air pits. Recently, Inside Energy collaborated with InsideClimateNews and the Center for Public Integrity on a story about oil and gas waste in Texas.  Wyoming Public Radio’s Morning Edition host Caroline Ballard sat down with reporters Willow Belden and Stephanie Joyce to talk about the situation in Wyoming.