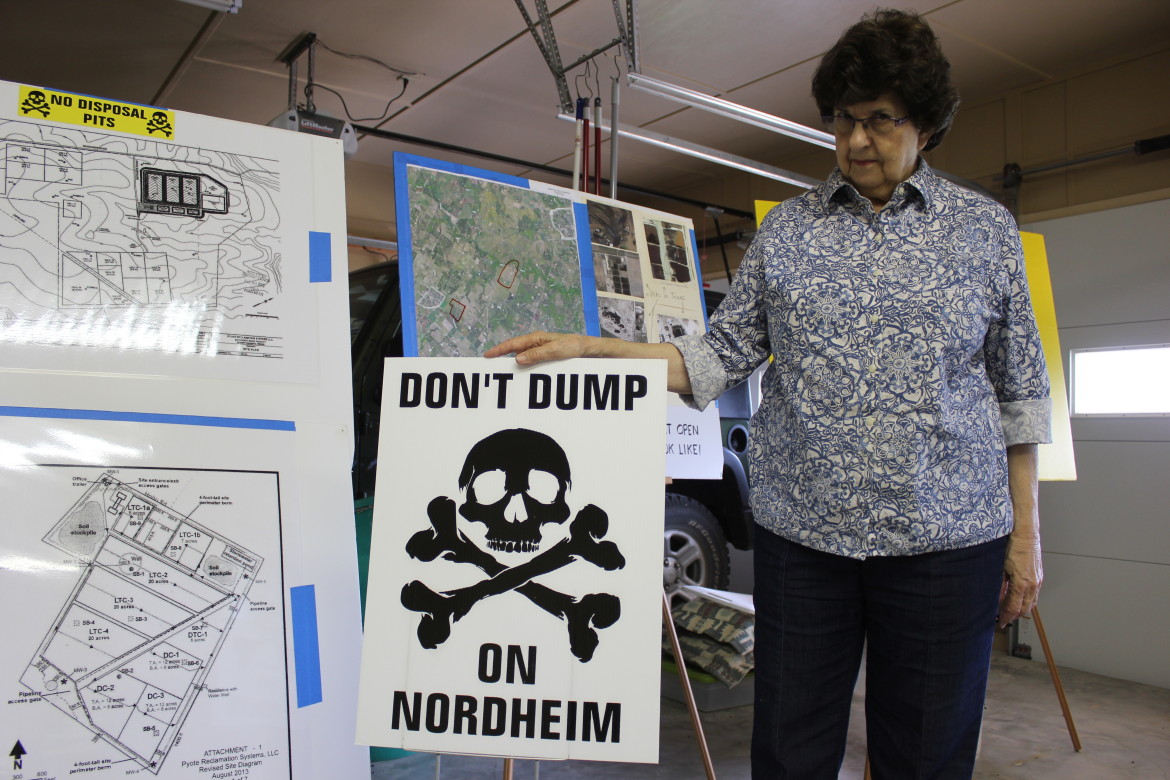 A recent Inside Energy story chronicled the conflict in a tiny Texas town over the siting of gigantic oil and gas waste pits. At the heart of the conflict is a lack of information about whether or not these waste pits actually pose a risk to public health.

The story was part of a collaboration between Inside Energy, InsideClimateNews and the Center for Public Integrity.

The waste pits contain materials such as benzene, known to be hazardous, but the industry’s waste is actually exempt from federal hazardous waste laws. Because of that exemption, the waste can be stored in open-air pits in many states. There are very little data and no regulatory oversight of potential air emissions from these oil and gas waste sites.

InsideClimateNews reports that a small study in West Virginia may be among the first to actually provide the data needed for greater regulation of these pits. Spurred on by a local mother who was concerned about a waste pit site near a daycare center in Fayetteville, West Virginia, a chemist with the U.S. Geological Survey, William Orem, has begun collecting air and water data at the site.

Orem’s small study could have implications far beyond Fayetteville, because it’s among the first scientific efforts directed at how air emissions from oil and gas waste could be affecting human health. He suspects waste disposal might turn out to be “the weakest link of all” in the oil and gas extraction and production cycle.

Earlier studies have been small, and focused on how emissions contribute to ozone production rather than air toxicity. ICN outlined some of these earlier studies: