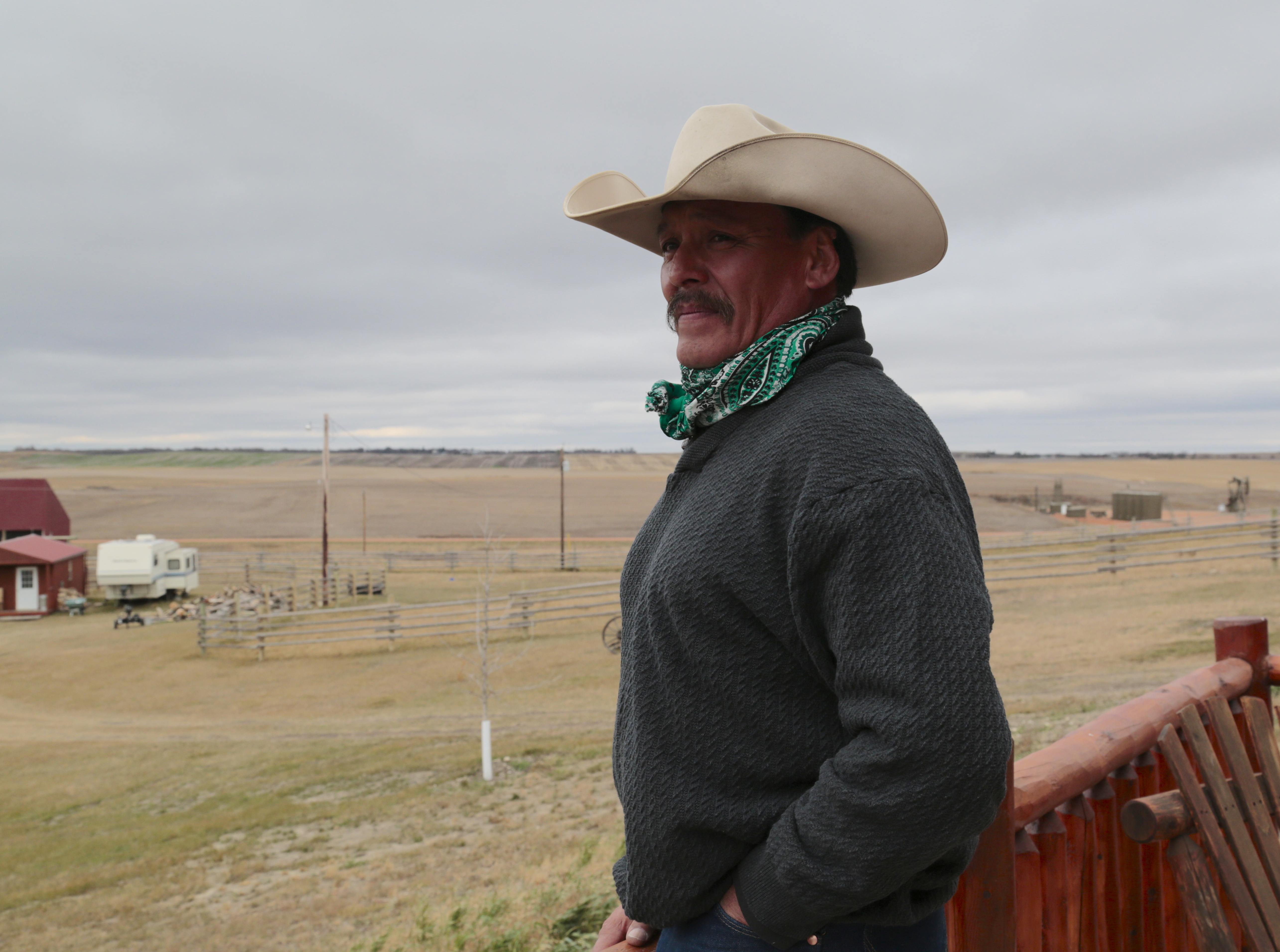 Rancher Sonny Bear is unhappy with the way the tribal government has handled oil development on the Fort Berthold Reservation. 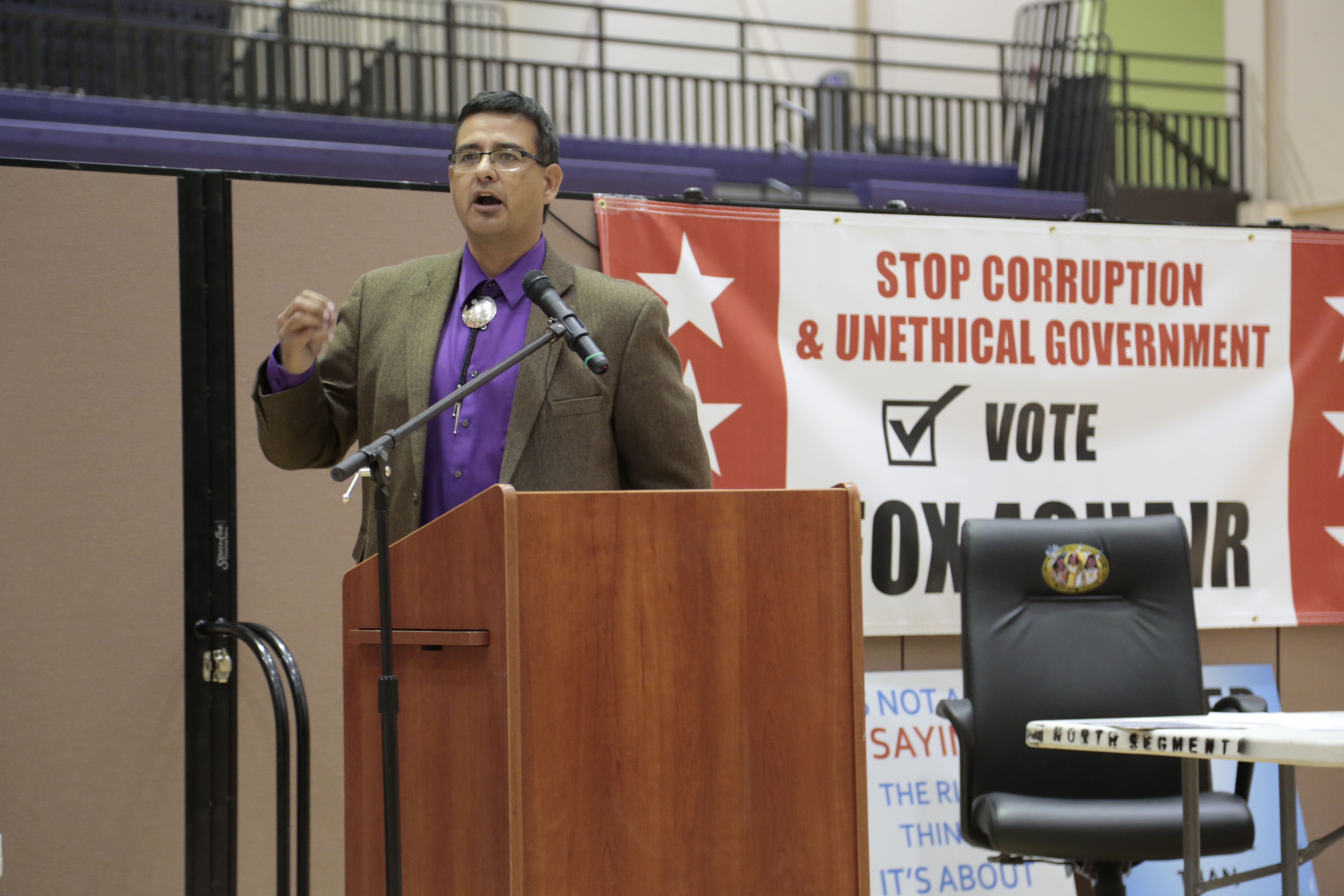 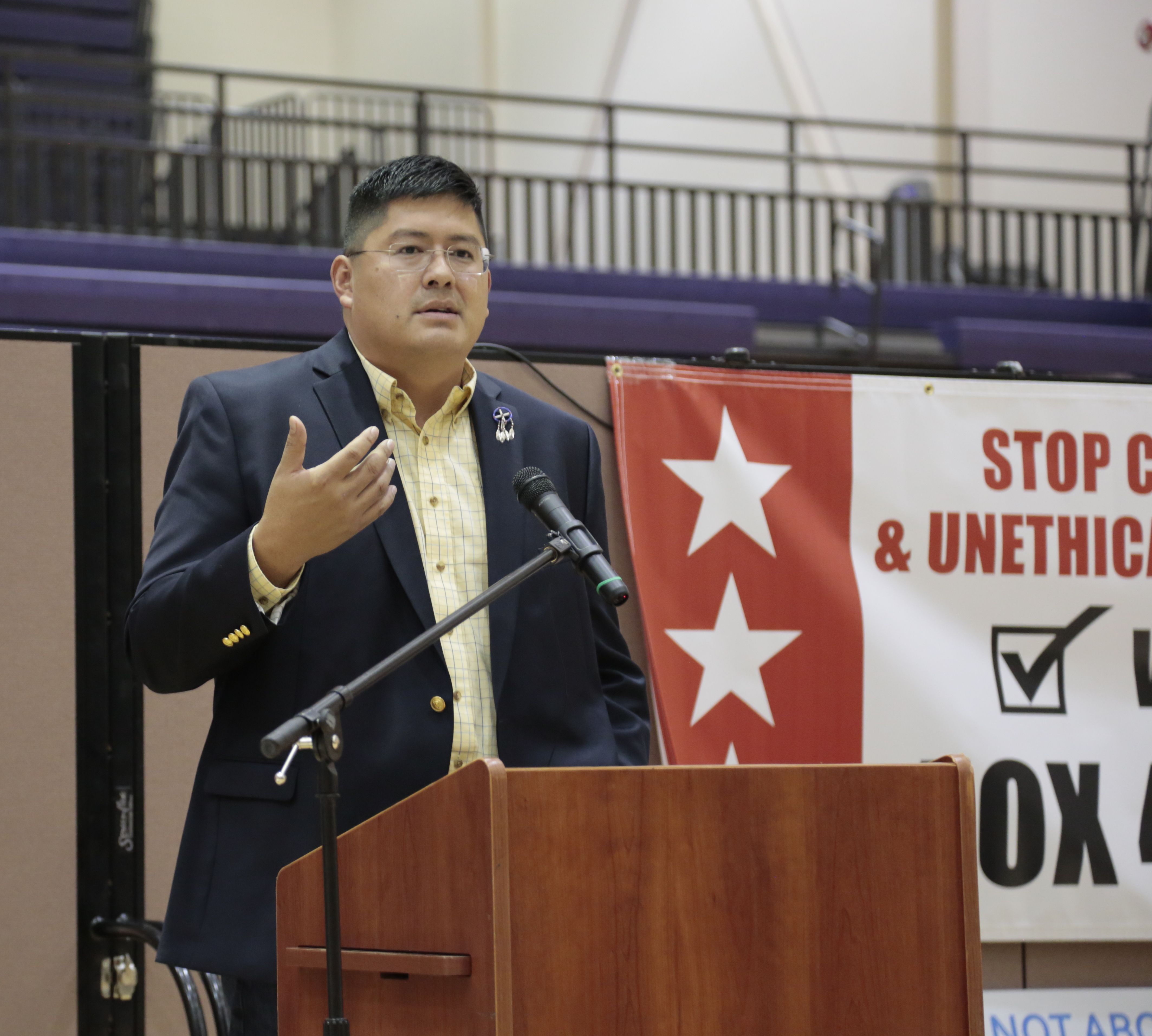 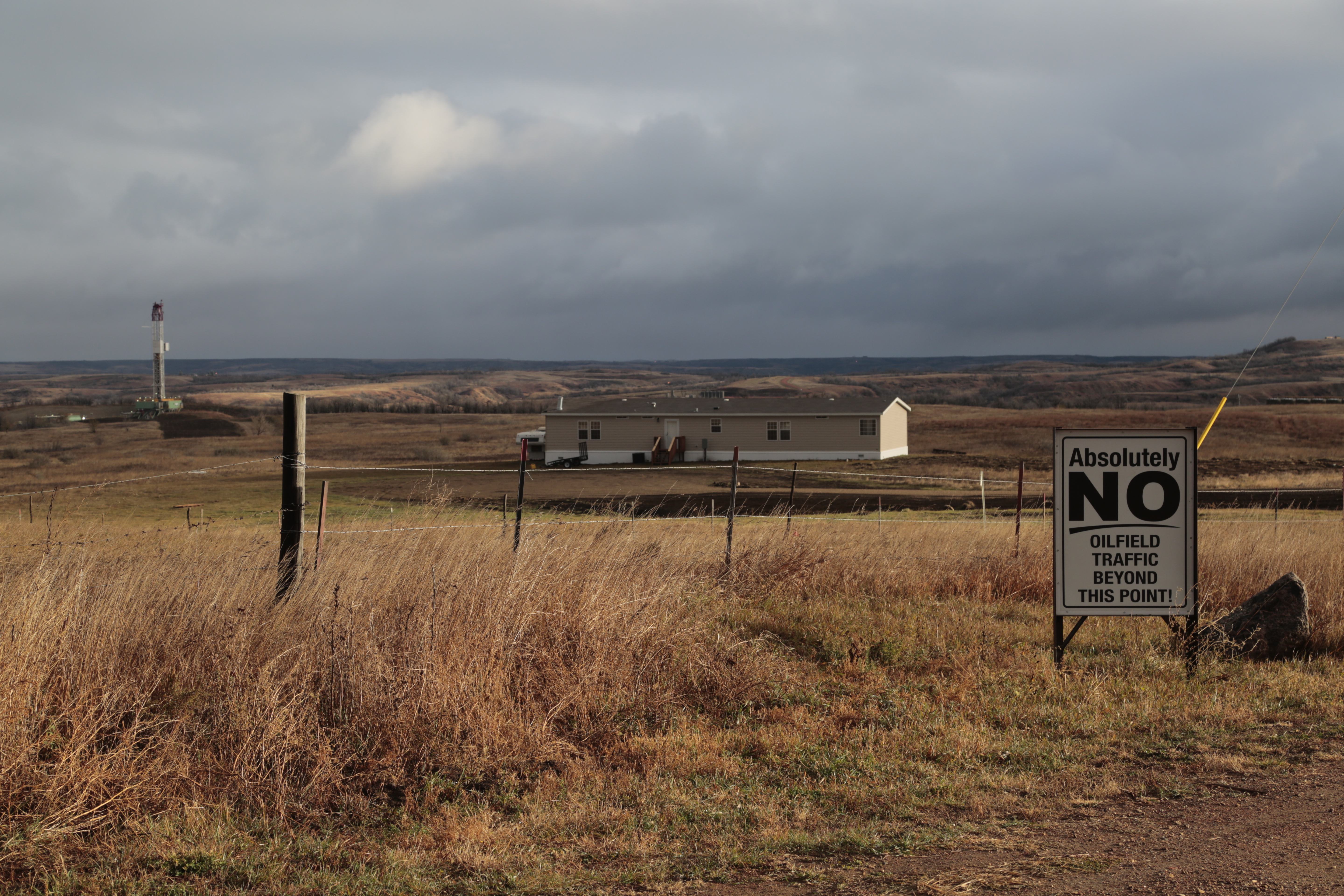 A home outside Mandaree, North Dakota on the Fort Berthold Reservation. Kids play video games at the rec center in White Shield, North Dakota. The center was paid for with oil tax revenue.

One third of the oil produced in North Dakota comes from the Fort Berthold Indian Reservation, home to the Mandan, Hidatsa and Arikara tribes. Since the first oil well was drilled in 2007, oil money has erased $125 million in debt and slashed a 70 percent unemployment rate to two percent today. But it has also industrialized much of the reservation and brought traffic, crime and drugs.

Sonny Bear is one of many tribal members who is increasingly tired of the oil boom. Oil wells surround his ranch, and his horses are corralled less than a hundred yards from the closest one. Bear says he’s frustrated with his tribal leadership.

“They just opened up the country and let them start drilling any place they wanted, and it was just a big fiasco,” he said.

Both candidates for tribal chairman have picked up on that weariness and frustration, although Mark Fox is more openly critical of the industry. “If industry cannot do what it’s supposed to do in protecting our environment…then darn it we’re going to have to slow them down!” he said at a recent debate. His challenger, Damon Williams, is also calling for more tribal oversight.

“We’ve had four years of all we wanted to do is brag about how many oil wells we had,” he said, referring to the pro-development administration of out-going tribal chairman Tex Hall, “yet at the same time, nobody went back and tried to put regulations in place.”

The tribal candidates are strikingly different than most North Dakota politicians — who may condemn some of the negative social effects of the oil boom but would never suggest slowing down development.

According to Williams, the difference is that on the reservation, the oil boom is literally all around them—tribal leaders cannot ignore it. Plus, “the people being affected directly are literally our family. We can’t separate ourselves.”

“Our people have a strong relationship to the land and to the water,” he said. “Money and generation of revenue is really important, but not as much on the reservation.”

Because some of the best geology in the Bakken lies beneath the reservation, oil companies are closely watching the election. At a recent news conference, Lynn Helms, director of the North Dakota Department of Mineral Resources, said companies were “deeply concerned” about the outcome, and about the fact that both Williams and Fox appear to be less friendly to the industry than their predecessor. Since there are no campaign finance disclosure laws on the reservation, there is no way to tell if oil companies have donated money to, or spent money on behalf of, either candidate.

The oil industry does, of course, have fans on Fort Berthold. At the recreation and fitness center in White Shield, on the far eastern part of the reservation, kids are playing video games and air hockey — with brand new equipment all paid for with oil tax revenue. White Shield is also getting a new community center, high school and Head Start program, “things that we could never have gotten, never have gotten, before the Bakken,” said Karen Lone Fight, who works for the tribal councilman from this district.

Even people who have been negatively impacted by the boom, like rancher Sonny Bear, have also benefited. Bear’s gorgeous ranch house, with its high ceilings and exposed beams, was paid for, in part, with oil royalties.

Still, Bear says it is not worth it. “If I could go back eight years, I’d much rather have it the way it was,” he said.

Like North Dakota, Fort Berthold has become an energy state onto itself — one that is struggling to balance economic development with preservation of a traditional way of life.