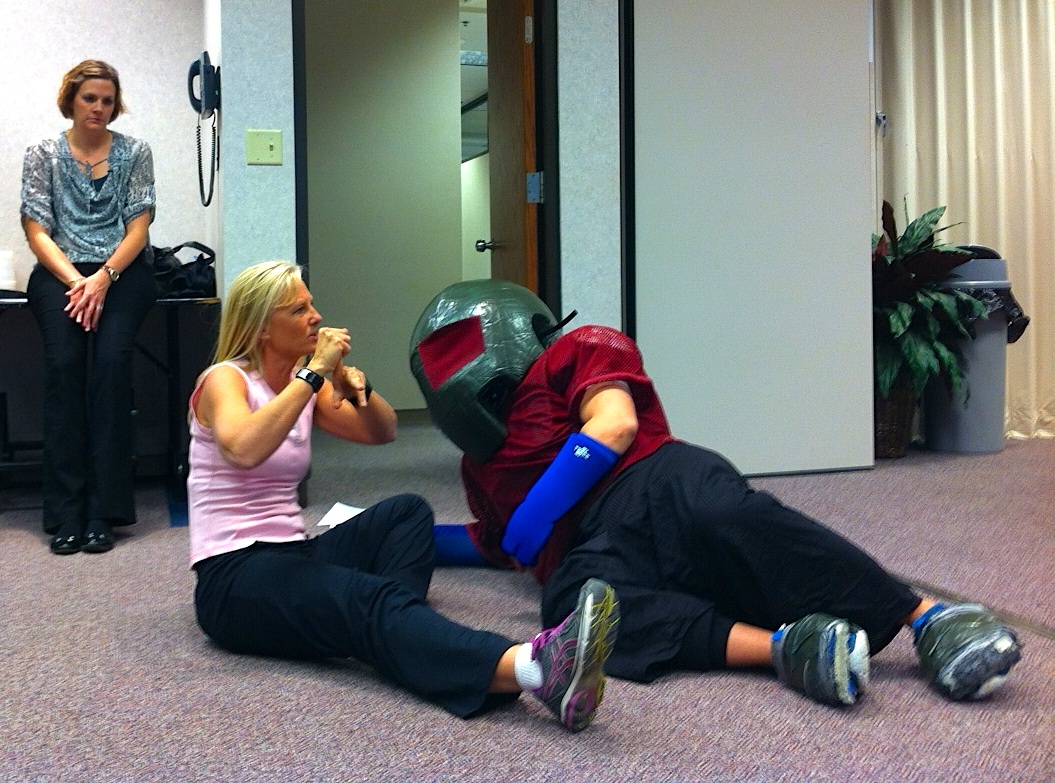 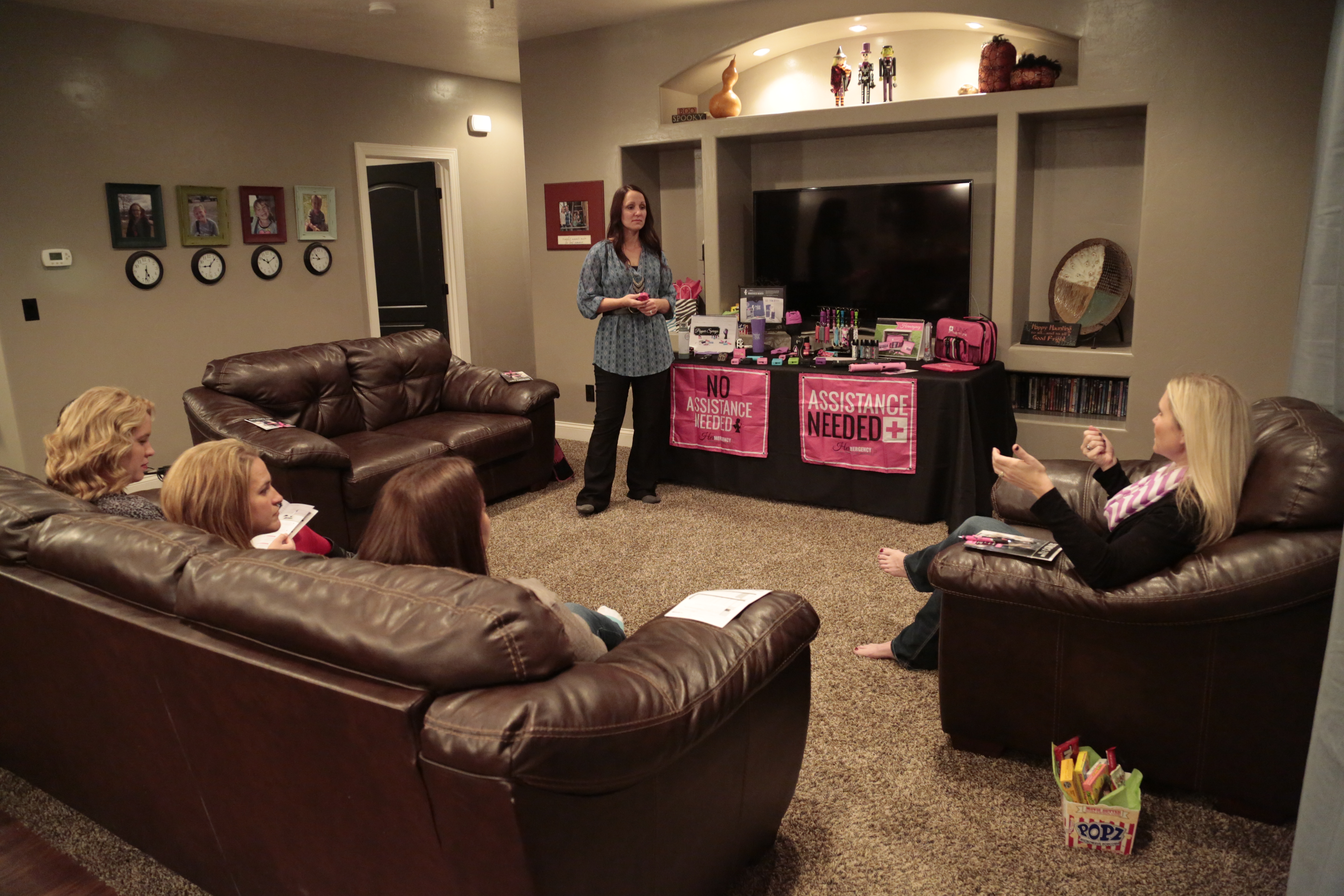 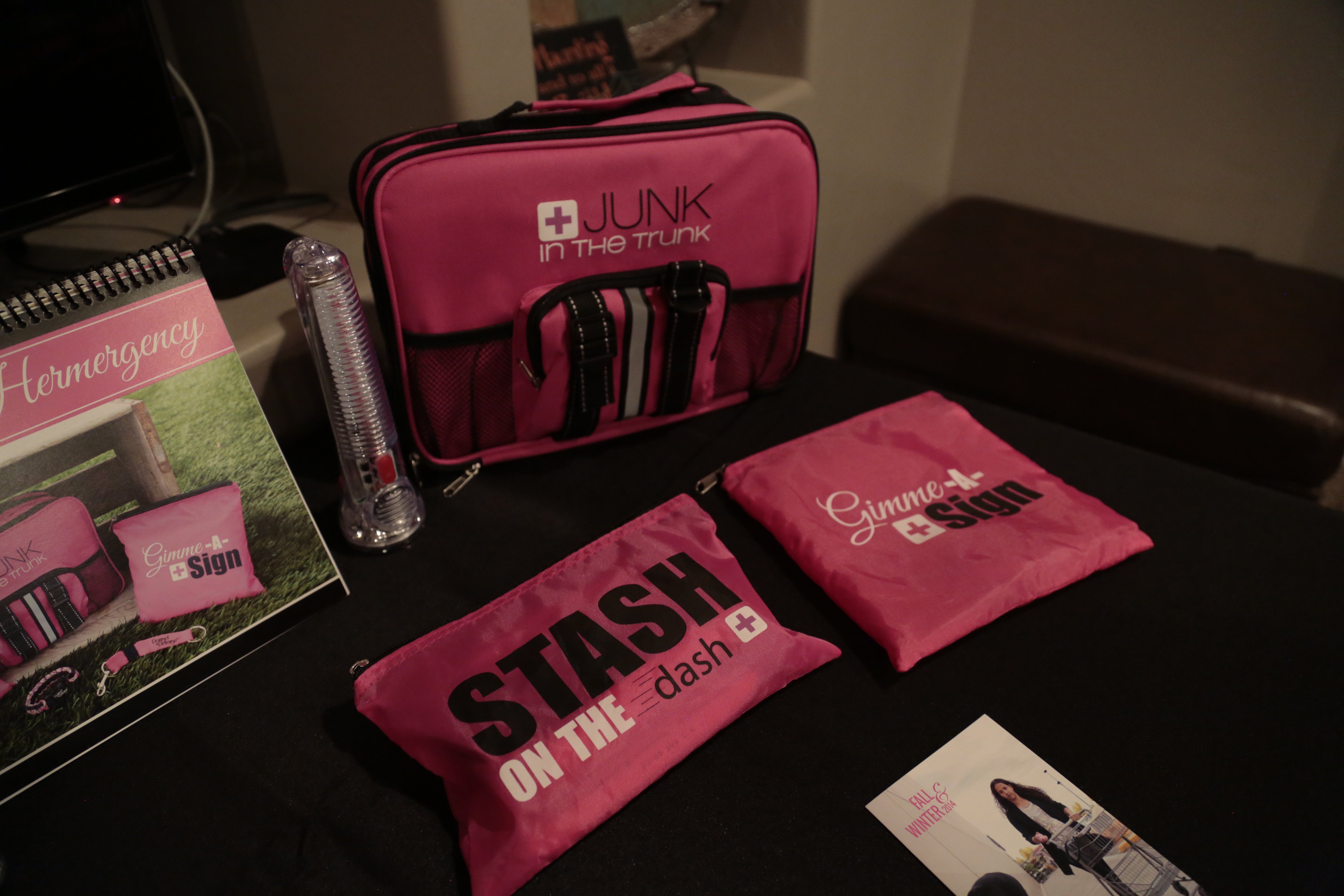 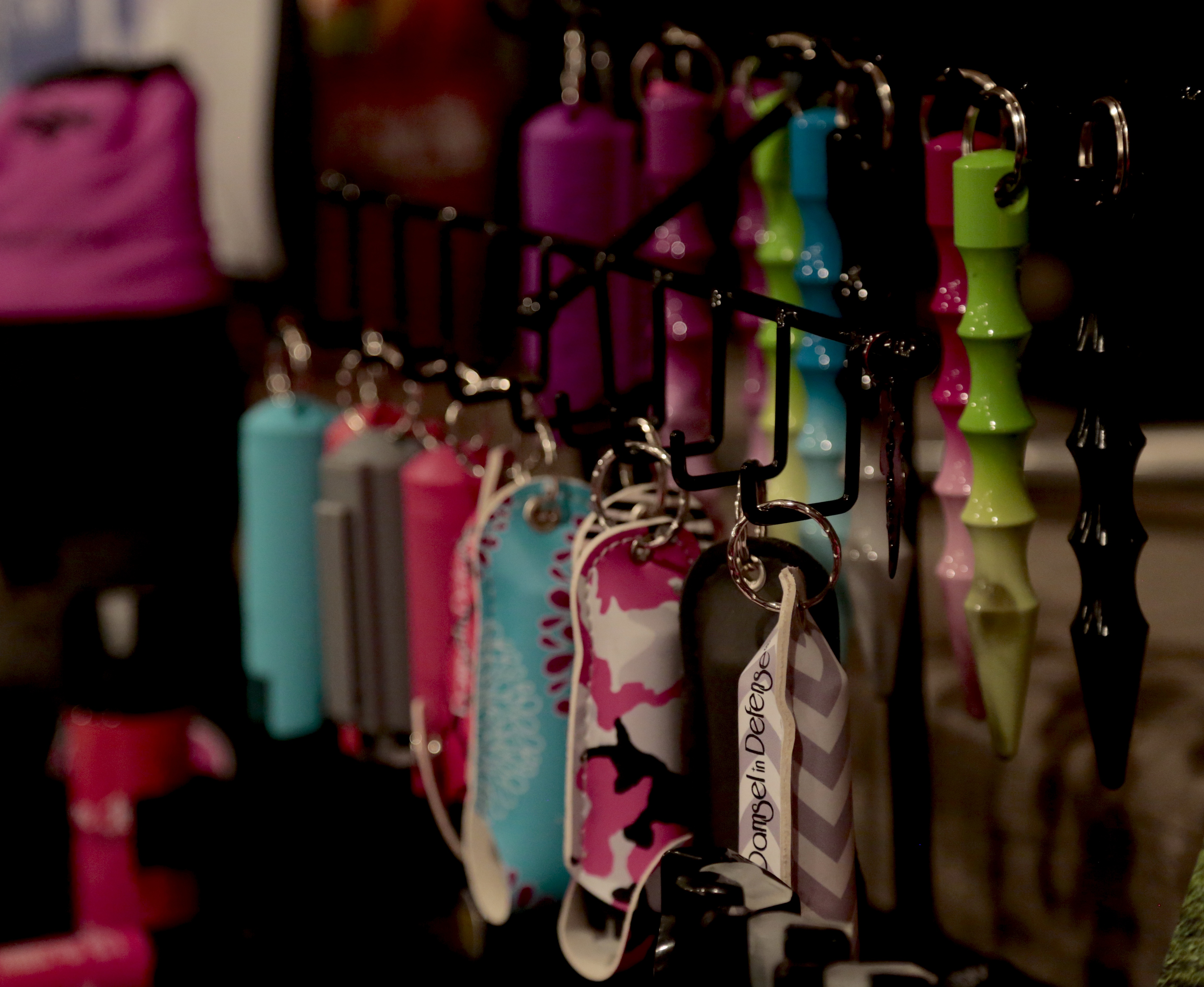 Pepper sprays and blunt striking objects for women to hang on their key chains at a Damsel in Defense party in Dickinson, North Dakota.

Boom towns have never been friendly places for women. After all, they are inhabited primarily by young men who go there in droves looking for jobs. The Bakken oil field in eastern Montana and western North Dakota is no exception, and when I moved there in June, people worried about me. Friends told me I should never go reporting alone. Or that I should get pepper spray, or a handgun. So when I heard about Damsel in Defense, an Idaho-based company that throws home sales parties for self defense products, I knew I wanted to go.

On a recent Tuesday night in Dickinson, five women were sitting in the living room. It felt like a slumber party — no shoes, no husbands and no kids — except, these women were passing a stun gun back and forth. A purple stun gun, with a rhinestone wrist strap.

Business is booming for Damsel in Defense — in 2011, there were no sales reps in North Dakota. Now, there are about thirty. Erica Leach is a saleswoman for the company, and while she acknowledged that the region’s reputation of being unsafe for women is good for business, she said, “they don’t use scare tactics to sell our products.”

They don’t need to — the customers do it on their own.

All night, women told stories of being followed to their cars in the Walmart parking lot, of friends who had cars stolen from their garages while they sat inside their homes, and finally, of Sherry Arnold, a math teacher who was kidnapped while jogging in her hometown of Sidney, Montana, and murdered.

You can’t talk about the feeling that the Bakken is unsafe for women without talking about Sherry Arnold. Her death in 2012 changed the way people here view outsiders, especially young men — the very people this region needs to fill thousands of new jobs.

“People really woke up to the fact that even if you’re in a small town, you’re not necessarily safe,” said Beth Bakke Stenehjem, who grew up in western North Dakota and now teaches self defense classes in Bismarck. She said interest in her classes spiked after Arnold’s murder.

Crime statistics are notoriously difficult to draw conclusions from, but here’s what we know: When you include the transient working population, there are counties within the oil patch with the highest violent crime rates in the state. On average, however, violent crime is actually higher in non-oil producing counties. I was unable to find data that included the transient population for rape rates alone, however according to rates calculated with census data (which doesn’t include the transient population), you are more likely to be raped outside the oil patch than inside it.

Bakke Stenehjem knows this — she is married to the state Attorney General, after all. Still, she and her husband Wayne Stenehjem encourage women to learn how to protect themselves. In fact, when I first met Stenehjem, he encouraged me to take his wife’s class. Violent crime rates in 2012 and 2013 are higher outside the oil patch than inside it, when the transient worker population is taken into account.

These assaults are rare, but they do happen,” Stenehjem said. “And if you’re worried about them programs like that can be very helpful.”

But are these classes really necessary? Women in the oil patch are receiving mixed messages — we’re told we need to defend ourselves, and we’re told there is no reason to be concerned.

Remember all the scary stories those women at the Damsel in Defense party told? Well, they also said they had never had anything really bad happen to them. Erica Leach, the saleswoman, summed it up: “I don’t wake up terrified because I’m in North Dakota. Absolutely not.”

After that party, I felt very conflicted. But then something happened that completely changed my perspective. Later that same night, I was walking to my car at the far end of the Walmart parking lot. Three young men were milling around a sports car parked next to mine, staring at me. The threat might not have been real, but I felt it anyway — and I realized how all these men could make women feel so uncomfortable. Given that, why wouldn’t you want pink pepper spray dangling from your wrist?

This post has been edited to provide further clarity on crime data on Monday, November 17 at 1:15 p.m. MST.