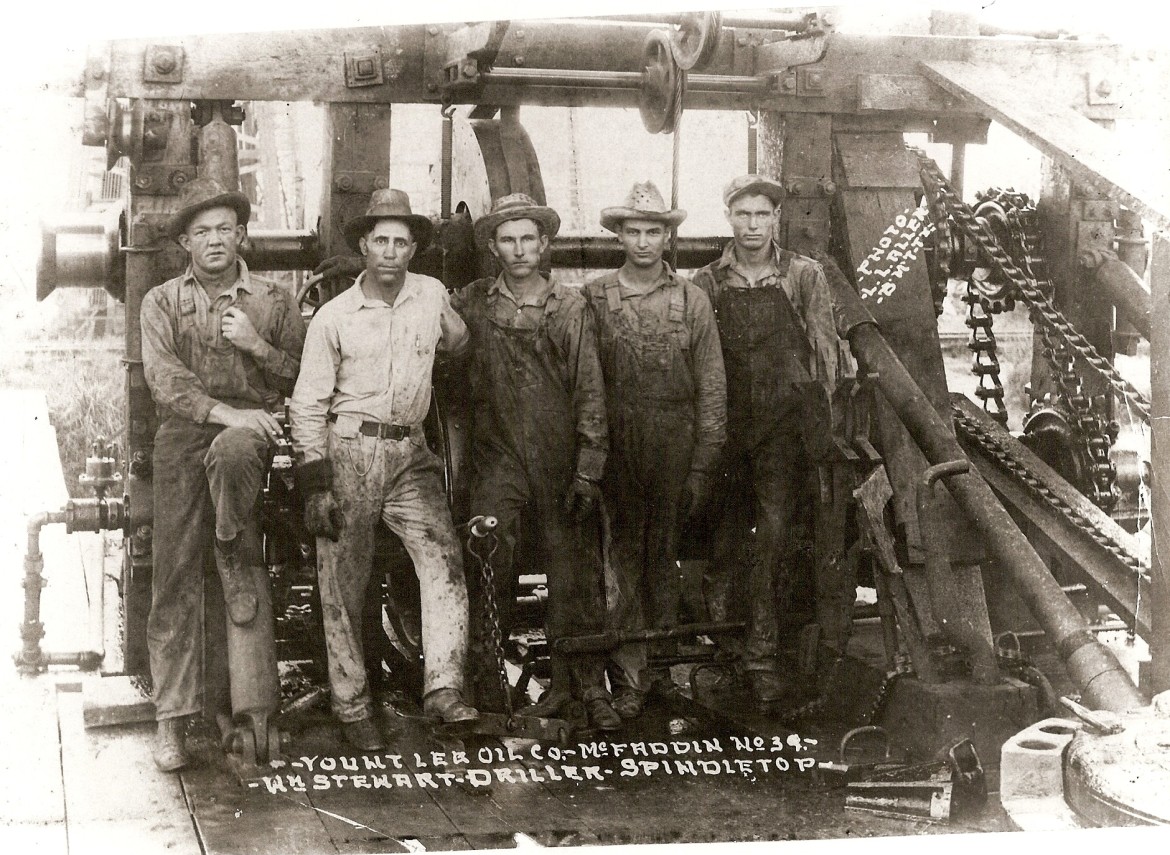 The word ‘roughneck’ is used to describe many types of jobs in the oil and gas industry like toolpushers, drillers, mechanics, etc. And there are a LOT of them. According to the US Energy Information Administration, the oil and gas industry employed 586,884 Americans in 2013. And they’re well paid: average wages of oil and natural gas production jobs were $108,000 in 2013, more than twice the average wage for all private sector industries.

So where did the word roughneck come from and what does it really mean? Considering America has so many of them, I thought I should find out.

Here’s how Johnny Cash explains it in his song, “Roughneck“:

Born to be a roughneck I’ll never amount to nothin’
Pullin’ case and layin’ pipe is hard labor
Well I was born in a boomer shack bout a half mile from town
Papa was a driller on a wildcat crew and my mama never was around
I learn to cuss when I was two and fight when I was three
And by the time I was five there was no kid alive could ever get the best of me.

Ouf, that’s dark. And not a terribly helpful. So, I got in touch with Norman Brown, professor of Texas history at the University of Texas at Austin. Here is his explanation of the terms roughneck, sent to me via email: “It is believed the term was first used in traveling carnivals of the 19th century America, sort of interchangeable with the term roustabout. It was not until the 1930s that roughneck and roustabout had transferred to the oil drilling industry. A roustabout came to be one who performs general labor around the rig, such as loading and unloading cargo from crane baskets or assisting welders, mechanics, electricians or other skilled workers. Roughneck has a similar meaning and is interchangeable. The similarity of the carnivals and oil drilling is that they moved from place to place, set up shop and conducted business. The oil rig does the same. It moves to a place, does business by drilling a hole, wet or dry, and moving on to  another place.”

Interesting. I hadn’t made the circus- drilling rig connection. But as it turns out, there are several theories about where the word roughneck came from. Renee Laegreid, professor of history of the American West at University of Wyoming explained it like this:

“The history of the word is kind of an American colloquialism and it goes back to the 1830s. But it originally meant someone who worked in the iron foundries. That was very hard work, in extreme conditions. And it took strong labor guys. So its always had the association with people who do tough, hard, dirty work.”

Then, the word somehow made its way West.

“Then the oil business got started in the late 1880s, it was a transfer of an eastern term for iron workers to a western term for oil workers,” said Laegreid.

These days, in addition to oil and gas roughnecks, we’ve starting using the word for sports teams like the Tulsa Roughnecks FC, and the Calgary Roughnecks lacrosse team. Which fits, according to Laegreid’s description:

“Brawny, tough, gets the job done, and like to have a beer after work!”

As someone recently told me, “They don’t call it easy neckin’. They call it rough neckin’ you know.”

And it’s a good thing we have roughnecks to get the job done, even on Thanksgiving! Why? You still have to cook a turkey, right? And over a quarter of US electricity comes from oil and gas.