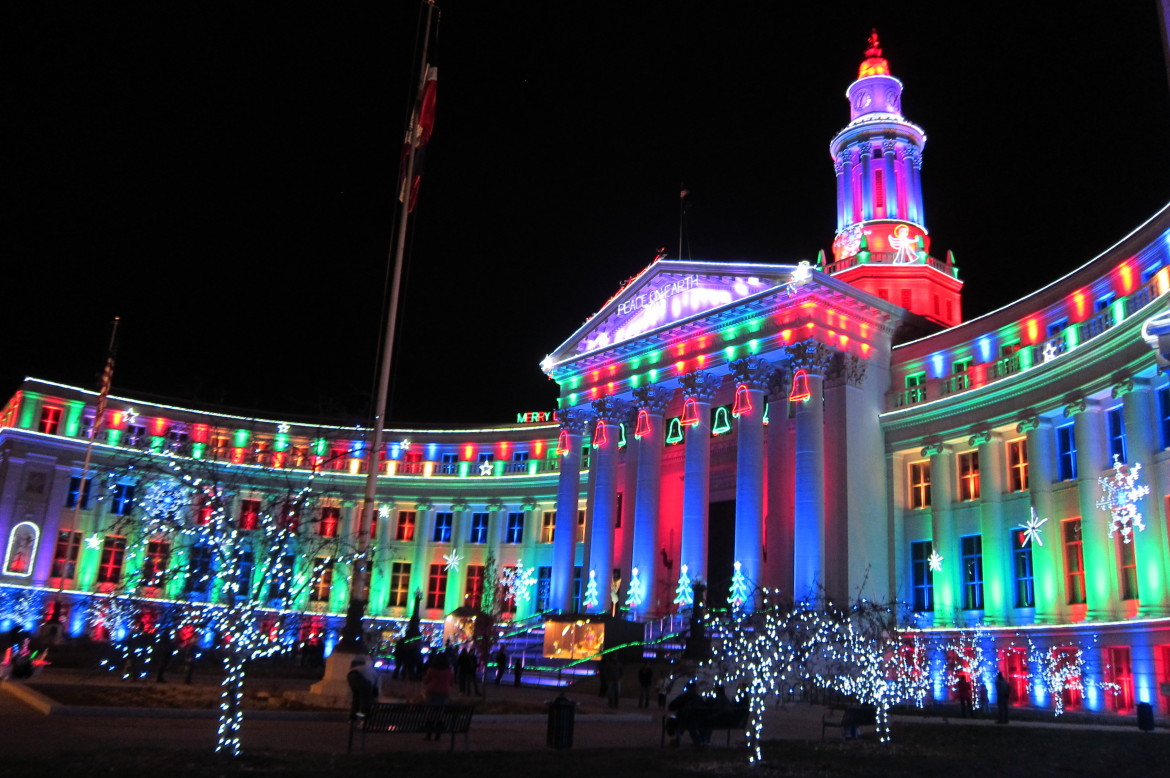 ‘Tis the season to wrap your home in holiday spirit, blanket your trees with sparkling lights and litter your lawn with whimsical animals. That’s right, it’s the holidays and everywhere you look homes and businesses are decorated with electrical cheer. But how much electricity do these decorations use, and how much are they costing us?

An American home fully festooned with (incandescent) lights and moving decorations might spend an extra $58.34 on their energy bill this month. We arrived at that number by looking at five popular decorations and how much electricity they use over the holiday season.

The tree is the centerpiece of holiday decorations in most homes. While in the old days we used to spend hours wrapping those lights around it, now you can skip that step and buy a pre-lit tree. Just plug it in and let the holiday cheer begin. A 7.5 foot tall tree comes equipped with 650 incandescent mini-bulbs. At an average of 0.45 watts per bulb, that’s a total of 292.5 watts — or roughly 0.29 kilowatts — that the pre-lit tree uses at any time.

Let’s say you turn on your tree in the evening and leave it on overnight, so it’s on for an average of 12 hours every day throughout the month of December. That’s 372 hours, which brings us to a grand total of about 109 kWh (the unit you’ll see on your energy bill) of energy used by the pre-lit tree during the holiday season. According to the EIA, the average price of residential electricity in Colorado is 12.72 cents per kW hour. In total, the energy to power the pre-lit tree during the month of December will end up costing you just under $14.00.

Let’s assume that you use a modest amount of lights to decorate the outside of your house — about 10 strands of energy-efficient LED lights, which would use only about 48 watts. Assuming you also turn those on for 12 hours every day during the month of December, you’d use a total of about 18 kWh of energy, which would cost $2.27. LED lights use a lot less energy than other holiday bulbs, so they’re also the cheapest to power throughout the holidays — but you pay a premium for them at the store, so it’s good to know the incandescent comparison, too. On average, the same modest display using incandescent bulbs would use a total of 151 kWh of electricity, and would cost $19.31 for the full season.

That adorable reindeer on the lawn might look like it’s grazing on your grass, but it’s really eating electricity. There’s no point in plugging the reindeer in when the sun is shining, so let’s say you light it up at the same time as your tree and lights. A 60-inch reindeer with 250 incandescent lights would use about 42 kWh of energy during the holiday season, which adds up to $5.32 extra in electricity consumption on your energy bill.

Inflatable lawn decorations are probably the most expensive, not only to purchase but also for the amount of electricity they use. A large, animated snow globe can use about 200 watts at any time. These are visible day and night, so let’s assume you leave it plugged in for 24 hours a day during the entire month of December. That would be a total of 149 kWh, which would add almost $19 to your energy bill.

Some expensive and elaborate electric trains use a CW-80 Transformer, which uses 80 watts at any time. You probably don’t want to leave the train on all day, so let’s say it’s in its “loco” motion for 3 hours a day during the month of December. It would end up using a total of 7.4 kWh, which would cost you just about $1 on your energy bill.

That brings us to the grand total of $58.34 that could be added to your usual power bill this month. If your decorating style is a little more Griswold-esque and these estimates don’t measure up, you can calculate your energy usage and price here.