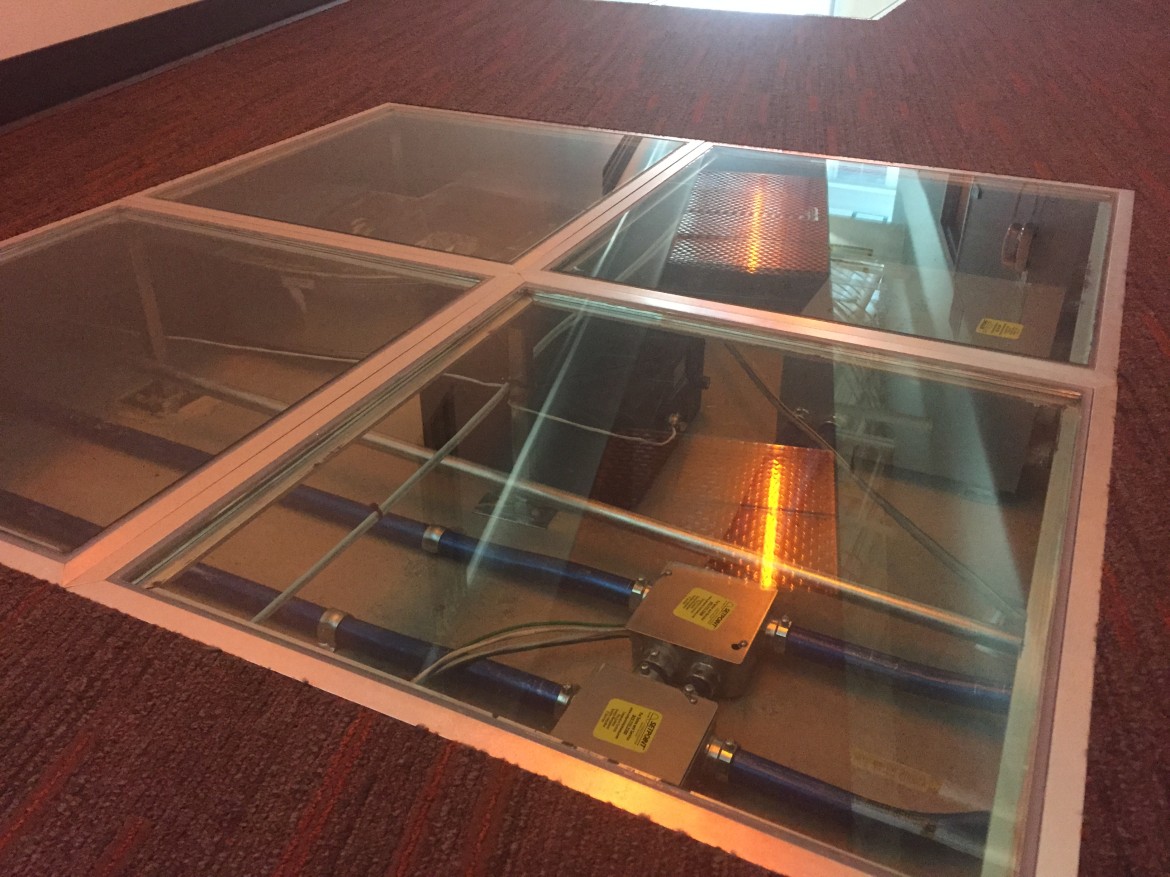 The National Renewable Energy Laboratory in Golden, Colo. is the country's largest net-zero energy building. The duct-work is in the floor, unlike in most buildings, where it's in the ceilings. The National Renewable Energy Laboratory in Golden, Colorado is the country’s largest net-zero energy building. The duct-work is in the floor, unlike in most buildings, where it’s in the ceilings.

When it comes to U.S. energy consumption, transportation and power plants leap to mind as top power users. Buildings, though, are not far behind. Commercial buildings account for one-fifth of our energy use. Much of that is pure waste, leaking from poorly-insulated walls or lights left on when no one is around. Energy efficiency is one of the few issues with support from both Republicans and Democrats, as well as private industry. In the new GOP-controlled Congress, the timing for energy efficiency legislation may finally be right.

Visiting the National Renewable Energy Laboratory in Golden, Colorado is like stepping into the future. Part of the U.S. Department of Energy, NREL is the country’s largest net-zero energy building: It produces more energy on-site than it uses.

A lot of that is due to energy efficiency.

NREL’s main office building, which is 360,000 square feet and houses 1,300 employees, is a test bed for technologies that help us do more with less. The ventilation system pipes in fresh air from outside. The windows have what look like shiny metallic Venetian blinds that direct sunlight up onto the ceiling. From the shape of the stairways down to the position of the power strips, every detail has been carefully selected to minimize waste. The building does have cutting-edge technology, like windows with glass that automatically darkens. But the rest are “things that everyone can do. Best practices that are available to everyone that has a building,” said Shanti Pless, an energy efficiency engineer at NREL.

These practices could be a lot more common if a bill known as Shaheen-Portman passes through Congress. Shaheen-Portman addresses energy efficiency for federal government facilities, commercial buildings, and rental properties in a pretty gentle way, lining out a number of voluntary programs and guidelines. It does not include mandates, or binding requirements.

Broadly bipartisan, the bill is sponsored by Senators Jeanne Shaheen, a Democrat from New Hampshire, and Rob Portman, a Republican of Ohio. One version, introduced in the Senate in 2014, included 10 bipartisan amendments. It also received a letter of support from 200 companies and organizations, including the Large Public Power Council and the American Institute of Architects. A slimmed-down version of it passed the House in 2014. Despite Shaheen-Portman’s broad support and money-saving potential, the bill has failed in the Senate.

Even without mandates or strict requirements, federal energy efficiency policy could have a big impact. The American Center for an Energy-Efficient Economy, ACEEE, estimates that a policy like Shaheen-Portman could create 190,000 jobs and save the government $16 billion dollars in the next 15 years.

Another way mandate-free legislation could improve energy efficiency across the board is by creating markets for new technologies. Tom Plant, Senior Policy Analyst with the Center for the New Energy Economy at Colorado State University, says that the federal government can drive the adoption of new, efficient technologies and practices.

“There’s lots of great ideas, great technologies that prove themselves out commercially,” Plant said. “But if they have no market, there’s no business.”

The federal government is large enough, and has enough infrastructure and buying power, to create that market. For example, Shaheen-Portman requires federal agencies to measure the current energy use of their data centers, then come up with a plan to reduce it. If government agencies were to upgrade all of their data centers to be more efficient, it would create new demand for that technology. That demand would drive competition, ultimately making the data center upgrades cheaper and more accessible for the private sector.

Shaheen-Portman was first introduced in the Senate in 2011, then again in 2013 and 2014. It never made it to the floor for a vote, although it got very close. Ironically, its popularity has been responsible for its downfall.

Suzanne Watson, policy director at ACEEE, said that in a deadlocked Senate, “Efficiency is one of the few things, if any, that could actually get through.” If, that is, it could “ride on its own, as opposed to being utilized as a vehicle for what I might call poison pills.”

When Republicans saw Shaheen-Portman, a bill that had a legitimate chance in an otherwise deadlocked Senate, they tried to hang unrelated issues onto it, like expediting a vote on the Keystone XL pipeline. Some issues were not even energy related, like an attempt to delay aspects of Obamacare. With those amendments, Democrats never allowed the bill to come to a vote.

While Congress stalled, many private businesses have pushed forward. Pinnacol Assurance, a workers’ compensation firm in Denver, has made upgrades like motion-sensor-controlled lighting and LEDs in the parking garage. Since Shaheen-Portman was first introduced, Pinnacol has reduced its electricity bill by 20 percent, saving $91,000 annually. They have plans to install a new data center in the first quarter of 2015. Paul Doughty, facilities manager at Pinnacol, says local, state and federal efficiency policies have not driven their practices. “We stay ahead of what’s required,” said Doughty. “We want to do what’s right.”

Federal energy efficiency policy could make technologies – like the ones Pinnacol will need to upgrade its data center – cheaper and more accessible for the private sector. The federal government is the single biggest energy user in the country, which is why efficiency activists believe Congressional action could do better to push energy efficiency more…well…efficiently.

Suzanne Watson of ACEEE is optimistic about Shaheen-Portman’s future. Although in 2015, Watson said, it might look a little different. In the new Republican-controlled Congress, energy efficiency may ride on the back of the very issue that kept it down last year: Keystone XL. Or, it could be bundled into a Republican-led “all of the above” energy policy that includes controversial topics – like natural gas exports – to sweeten the deal for Democrats.

Update, January 6, 2015: As the 114th Congress convenes this week, a vote on the Keystone XL pipeline is the first order of business. POLITICO reports that Senator Jeanne Shaheen will not offer the Shaheen-Portman efficiency bill as an amendment to the Keystone legislation. In a statement to POLITICO, Shaheen said: “It should be passed separately on its own merits, and I oppose adding it to unrelated Keystone XL pipeline legislation and potentially subjecting it to a veto.”