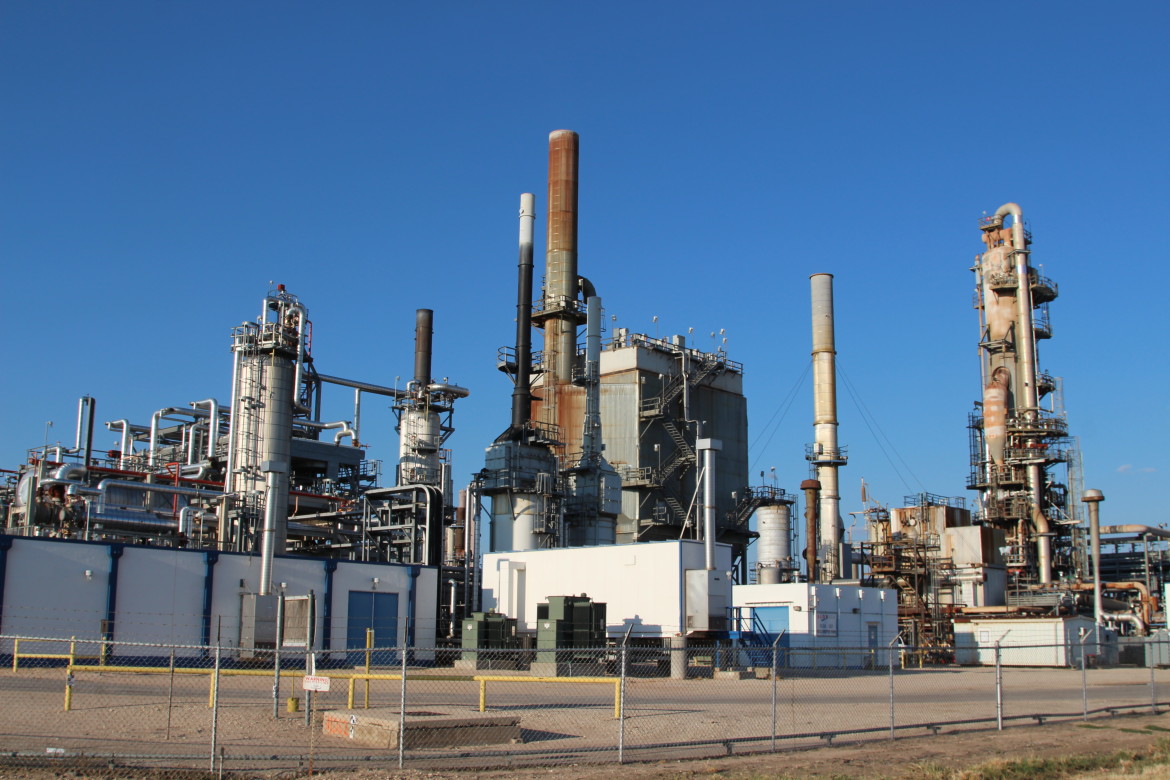 The price of a barrel of U.S. crude oil has plummeted by more than 50 percent since June 2014. U.S. producers claim that they’re at a competitive disadvantage because they’re restricted to selling their oil domestically at a time when they desperately need new markets to sell their expanding inventories.

Congress is now debating whether or not to lift the 1970’s era ban on crude oil exports that was established in the name of protecting national energy security.

Legislation to lift the ban has passed in the U.S. House Committee on Energy and Commerce. Now the Senate Banking Committee is attempting to craft its version.

The debate is hardly black and white: Some of the major players in the American energy sector oppose the idea.

The debate has implications for both employment in the energy industry and for national security.

To set the stage, imagine that you refine crude oil in this country.

You buy the oil at a price known as WTI, West Texas Intermediate.That’s the benchmark price for U.S. crude. WTI is less, sometimes a lot less than Brent crude, the world’s benchmark price.

So you buy the discounted U.S. oil, refine it and sell the finished product to the highest bidder.

“Right now because we don’t export crude oil, there is what some view as a disproportionate amount of profits going to refiners,” said economist Carey King at the University of Texas at Austin’s Energy Institute.

“Because they can take in cheaper crude oil in the U.S. and export refined products at a global price for gasoline and diesel,” he said.

Refiners have a decidedly different take.

They’ve spent billions of dollars over the last two decades to be better refiners of heavy, sulphur-laden oil known as sour crude because that’s what traditional drilling pulled up.

But fracking, which has triggered a shale revolution in this country, is pulling up a higher quality grade of oil with much less sulphur called light, sweet crude.

U.S. refiners are adapting to process an abundance of light, sweet crude oil, but not nearly fast enough to accommodate many U.S. producers.

Four U.S. refiners have formed a lobby called Consumers and Refiners United for Domestic Energy, or CRUDE, to fight against the lifting of the export ban.

“Without domestic refining, you are relying on foreign countries to turn crude oil into all the different products that are derived from crude oil,” he said mentioning jet fuel, heating oil and gasoline.

With respect to gas prices, there is evidence lifting the ban will not in fact raise gas prices. In September, the U.S. government’s Energy Information Administration, or EIA, said that gas prices would be unchanged or lowered if the export ban ended.

When US crude oil is drawn from the ground, it sometimes sits because domestic refineries are backlogged.

Producers say the result can be crude oil that stays in storage waiting to be refined.

Another crude oil producer in the Permian Basin of Texas, Steve Pruett, CEO of Elevation Resources in Midland, explained what happened on one occasion when he couldn’t get crude to a refinery because of a backlog.

“We had to turn off the well because we ran out of storage on our local well site,” he recounted.

“And in fact we’d even rent frack tanks as we call them, which are temporary tanks on wheels, to house that crude and when those filled up, we just shut down the well.”

One of the principal arguments for repealing the ban is that the US has a surplus of oil that some call a glut. While it is true that US production has surged, the US still imports approximately seven million of barrels of oil every day.

Still, ending the ban now could eventually affect a lot of people.

“If this were five years ago the only states that would benefit from such a reversal of an old law would be your typical Texas, Louisiana, Oklahoma,” explained oil and gas analyst Jim Wicklund at Credit Suisse in Dallas.

But now, he says, the political calculus has changed.

“Ohio, Pennsylvania, West Virginia, North and South Dakota and Wyoming and Colorado, these states where oil production is increasing the fastest, well if the oil price were to rebound and eventually it will, and we still can’t export oil, those states will begin to lose jobs and give the growth to other places outside the US,” Wicklund said.

“One of the complex things in this whole equation is the refiners are going up against the oil companies on this, but thousands of people who are unemployed in the oil and gas business right now, I think they need to be heard from in those states too,” Edwards said.

A U.S. House subcommittee has already passed legislation to lift the ban. A full floor vote in the House is expected in October. Gaining support in the Senate isn’t a sure thing. Republican senators in several states with refineries are facing re-election next year while the White House has signaled its intent not to press for a repeal of the ban.