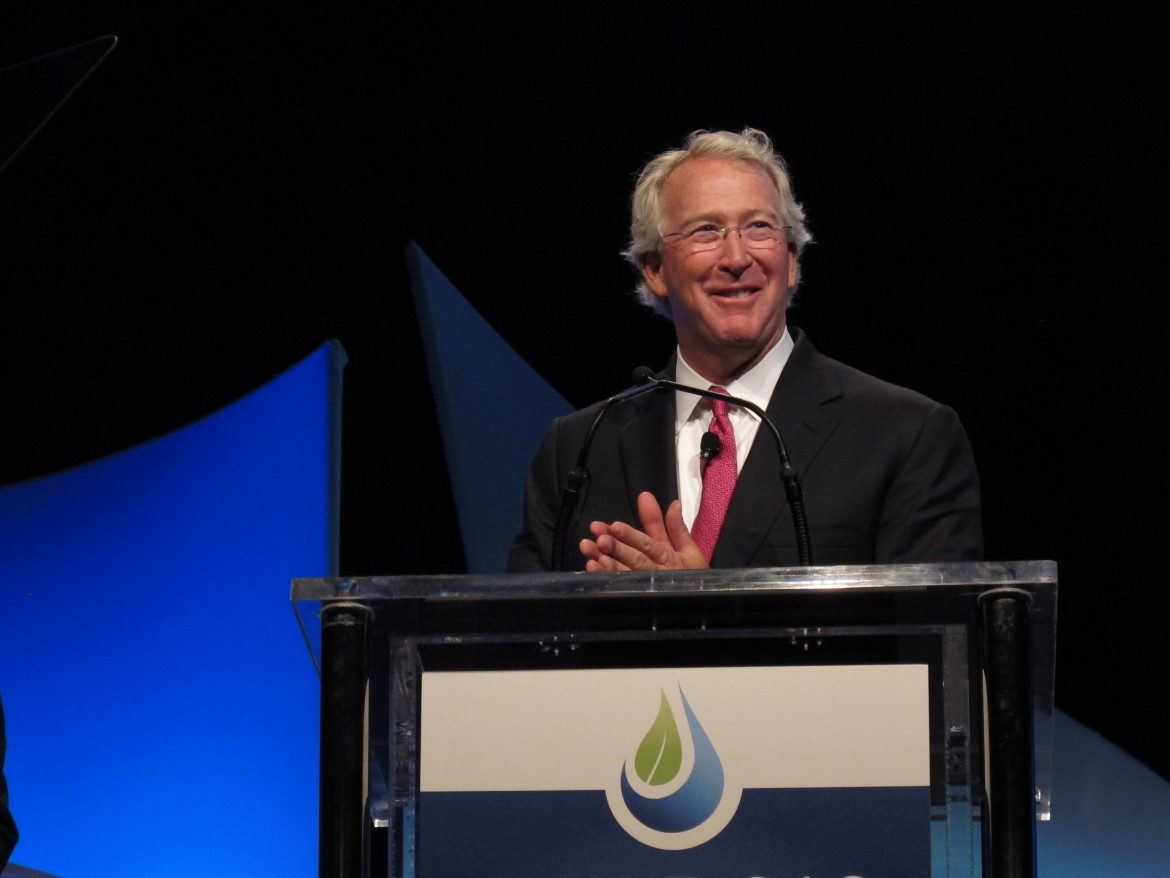 Former CEO of Chesapeake Energy, Aubrey McClendon was killed in an automobile accident March 2nd, a day after being indicted on corruption charges Former CEO of Chesapeake Energy, Aubrey McClendon was killed in an automobile accident March 2nd, a day after being indicted on corruption charges.

The U.S. oil and gas industry was shocked on Wednesday by the sudden death of one of its most influential executives. Aubrey McClendon was killed after driving his SUV into a concrete embankment, a day after being indicted on bid rigging and price fixing charges. He was the former CEO of Chesapeake Energy, a major producer now floundering under low oil and gas prices.

Chesapeake Energy is not alone. Watching reports from the oilfield these days, it’s one long string of bad news. Companies large and small are laying off workers and selling off assets. But, in looking at companies in trouble in this oil crash, there’s just something different about Oklahoma-based Chesapeake.

The company was a key leader in the U.S. oil and gas boom of the last decade. It was aggressive with new technologies and took big risks leasing a lot of land with oil and gas locked up in tight shale rock formations.

“They talked about themselves as the world’s biggest fracker,” Wertz said.

All of this was under the leadership of co-founder McClendon. Chesapeake grew fast, becoming the country’s second largest producer of natural gas in the mid 2000’s and making McClendon a billionaire.

Steve Trammel, an oil and gas expert with analytics firm IHS, said the shale rush helped lead to where we are today.

“Everybody kind of caught shale fever,” he said.

Chesapeake took out loan after loan, trying to grab up as much land and drill as much as they could. The company helped inspire so much drilling that it led to a huge oversupply in the market. Natural gas prices crashed in 2008 and Chesapeake was in trouble. The company’s debt became increasingly difficult to manage, and in 2013 the board of directors forced McClendon out.

New leadership is trying to get Chesapeake’s finances under control. But, it’s not an easy task, especially as oil prices tanked in the last year and a half. The company is beating back bankruptcy rumors; it lost almost $15 billion in 2015 and its stock is trading at $4, down 75 percent from a year ago.

Trammel points out a flip side to all of this. If Chesapeake is selling assets, that means somebody is buying them.

“The people who have good balance sheets are able to pick up some bargains right now and pick up some assets they might never have had access to when prices were stronger than they are,” he said.

As an example, Denver-based FourPoint Energy recently purchased 3,500 of Chesapeake’s oil and gas wells in western Oklahoma and in the Texas panhandle. It’s a good deal for FourPoint. They’re a small company — with the purchase they produce about a 10th of what Chesapeake does — but these are good wells, and oil and gas prices have been so low for awhile now. These kinds of purchases could be a good sign for oil and gas.

Trammel said if he owned an oil and gas company that had managed to stay out of debt, he would definitely be bargain hunting. Whether that means prices have bottomed out is a prediction that seems wise one day, and shaky the next.

The world is still awash in oil and gas. Some of the biggest oil countries, led by Russia and Saudi Arabia, are working on a deal to freeze production levels. But even if that happens there’s no guarantee the oil and gas glut will ease anytime soon.

In Chesapeake Energy country, Oklahoma reporter Wertz said the local economy and tax base are feeling the effects. Meanwhile companies like Chesapeake are just working to stay alive and trying to make it through to drill another day.

“This is the first case resulting from an ongoing federal antitrust investigation into price fixing, bid rigging and other anticompetitive conduct in the oil and natural gas industry. “