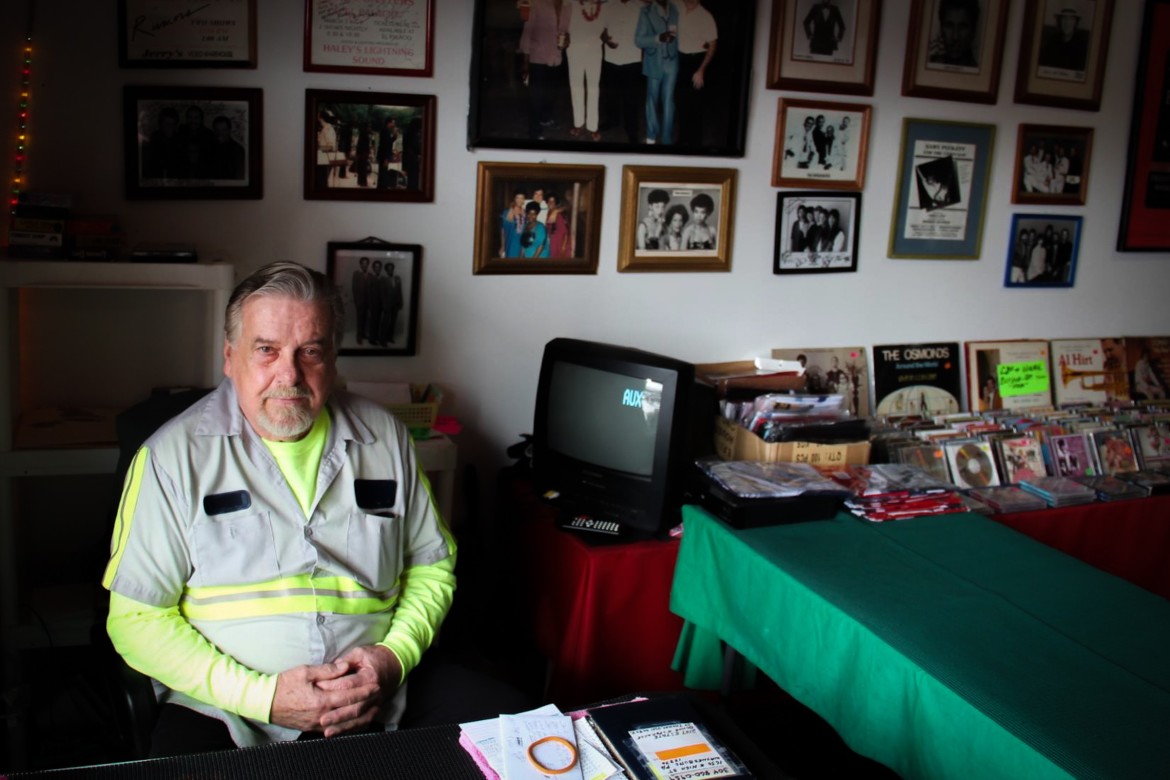 Jerry Lee Edwards, 73, sits in his Waynesburg, Pennsylvania store, where he sold work clothes to natural gas workers. His business, which is closing this spring, is one of the casulaties of the slowdown in Pennsylvania's once booming natural gas industry. Jerry Lee Edwards, 73, sits in his Waynesburg, Pennsylvania store, where he sold work clothes to natural gas workers. His business, which is closing this spring, is one of the casulaties of the slowdown in Pennsylvania\’s once booming natural gas industry.

At Jerry Lee’s Emporium in Waynesburg, Pennsylvania, there was a sign on the front door, handwritten in marker: “Store closing for good.”

Jerry Lee Edwards opened the store in 2014. He came from southern West Virginia to sell clothes to workers in Pennsylvania’s booming natural gas industry. He stocked items like fire-resistant coveralls, jeans and work pants. He also carried a few other things, like flags—the Marine Corps and Mexican flags, and yes, the Confederate flag. “I’ve sold over a thousand rebel flags in this area alone,” he says.

Before coming to Waynesburg, Edwards sold work clothes to coal miners in West Virginia. But as that industry suffered, he moved north to Pennsylvania. For the first six months, business was good.

“Then it just started going down and down and down,” Edwards says. Sales dropped to about 10 or 20 percent of what they were during the boom times. It got so bad, he decided to close his shop this spring.

A lot of others who have tied their fortunes to the fracking industry are having to make similar recalibrations. Low natural gas prices have led fracking companies to slash budgets and lay off workers.

State records bear this story out. The Pennsylvania Department of Labor and Industry released figures in February showing a steep decline in the number of workers in natural gas extraction or industries that supplied or serviced the industry last year. The total of all workers in drilling and related industries shrank from 83,996 in the first quarter to 72,675 in the second quarter. The number of workers employed directly in natural gas extraction dropped from 30,403 to 28,926.

Today, there are roughly 20 drilling rigs in Pennsylvania, which is about how many were operating before the drilling boom kicked off in 2008 and a fraction of what was here during the peak years of 2011 and 2012. “You had a boom, and now we’re in a bust,” says Amy Myers Jaffe, an energy economist at the University of California-Davis. “Oil is a cyclical business. It’s not for the weak of heart.”

The drop in the price of natural gas, and resulting layoffs, are having an impact on local economies in drilling hotbeds like Greene County, in the far southwest corner of Pennsylvania.

Robbie Matesic, head of economic development for Greene County, says the difference between today and a few years ago is audible. These days, she can have a conversation in her office in downtown Waynesburg. Five or six years ago, it wouldn’t have been possible.

“From 4 or 5 o’clock in the morning, it was constant truck traffic,” she says.

Matesic says when the boom started about five years ago, there was an influx of workers into the county.

“It’s such a (unique) skillset and technology that they bring those workers in,” she says. “All of a sudden, we saw most of the traffic that went through this town was from Oklahoma, Texas, Arkansas, Colorado, Utah.”

The county benefitted from that activity, Matesic says. It’s gotten millions of dollars in drilling fees that have gone toward roads, bridges, sewers and social services.

Matesic says local people also got jobs with businesses that supplied the drilling rigs and pipeline crews. Restaurants and hotels were full. And savvy local businesses began catering to oil and gas workers as they passed through. Now, the downturn in the industry is having a local impact. Those state impact fees are expected to wane, as drilling tapers off. And businesses that cater to the gas industry are seeing a drop-off in customers.

Joel Kovach, manager at Rohanna’s Golf Course and RV Park, just outside Waynesburg, says his 30-space RV Park now has only eight renters. During the boom, there was a waiting list.

“It was at least 10 to 15 spots deep—those people needed a place to stay,” he says. For a while, people were even renting out their backyards to gas industry workers, Kovach says. Gradually, the pace of drilling slowed, and so did the calls from workers looking for a place to stay in Greene County.

“It’s been like this for six to nine months now,” Kovach says. He expects the price of natural gas to pick up—and with it, business for the RV park. “I don’t think it’ll ever be exactly what it was before, but we should be able to get at least 15 or 20 campers in here.”

As for Jerry Lee Edwards, he doesn’t think he can wait that long. Now that he’s closing up his clothing store, he’s heading to the U.S. Virgin Islands, where he’s lived since the 1960s and works as a music promoter. For him, the boom is over.

“They say it’ll come back in two or three years,” Edwards says. “I’m 73 years old. I’m not waiting for it to—maybe—come back.”