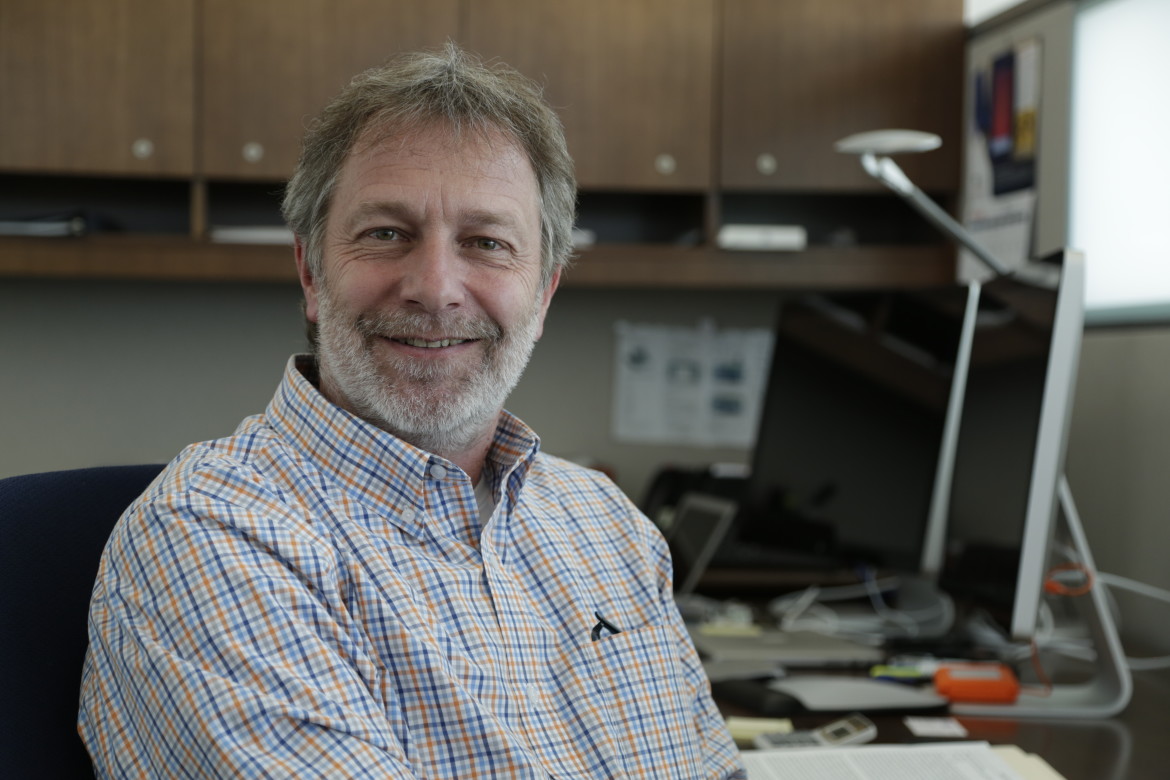 The cost of wind and solar power have fallen dramatically in recent years. Still, renewables only account for a fraction of the energy produced in the United States.

That is one of the challenges facing the new director of the National Renewable Energy Lab in Golden, Colorado. Dr. Martin Keller took over following the retirement of Dan Arvizu late last year. Keller comes to NREL from the Oak Ridge National Laboratory in Tennessee, where he served as Associate Laboratory Director for Energy and Environmental Sciences.

Keller, who originally hails from Germany, recently sat down with me to discuss his new job.

Here are a few takeaways from our interview, not all of which made it into the audio above:

Keller describes the mission of the nation’s premier renewables research laboratory as one of filling in the innovation gaps in science and technology. Using wind energy as an example, he said much bigger towers and longer blades are needed to take advantage of wind resources in southern states. These towers and blades would be too large to be transported, and would thus need to be manufactured on-site.

“There is no technology out there, you cannot do this right now. This is where innovation comes in,” Keller said.

The U.S. has a strong reputation as the world’s innovation leader in renewables, Keller said, owing to the country’s deep foundation in science through universities and the national lab system.

“Coupling this with U.S. companies gives the U.S. a tremendous edge,” he added.

The sun isn’t always shining and the wind isn’t always blowing. This intermittency has long been a principle argument against the wider expansion of these distributed energy sources. Despite the excitement generated by the announcement of Tesla’s Powerwall, battery technology has been very slow to advance. This NPR piece featuring Inside Energy’s Leigh Paterson, explores some other storage options.

“There are these two elements,” Keller said, “number one is storage, number two is also the distribution system.”

Many of the country’s best renewable resources — take Wyoming’s wind — are located far from the largest populations in places like California. Working through the complex and often-controversial process of stringing high voltage transmission lines hundreds of miles, across many different property designations, can take decades.

NREL is a federal facility, owned by the Department of Energy. Its funding comes from Congress, where polarized opinions on human-caused climate change are the order of the day. Keller lamented that climate change is too often talked about in terms of whether someone “believes” in it or not, which pushes it out of the realm of science and into a sort of religion.