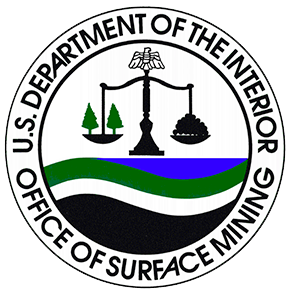 With three of the four largest American coal companies in bankruptcy, a federal regulator gave a blunt assessment Wednesday of potential problems with future coal mine clean up. The Office of Surface Mining, Reclamation, and Enforcement (OSMRE) is asking for public comment on a petition calling for strengthened regulations on coal mine reclamation.

It started in March when an environmental group called WildEarth Guardians filed the petition with OSMRE. In it, they called on regulators to change the rules for something called self-bonding.  Self-bonding allows financially healthy coal companies to basically promise that they will clean up their mines, instead of having to actually put up any real financial assurances. But recently, some companies have declared bankruptcy with hundreds of millions of dollars in self-bonds still on their books.

The petition calls for updates to make sure that companies with a history of insolvency aren’t allowed to self-bond.   In a conference call with reporters, OSMRE Director Joe Pizarchik explained that this petition is the first to address self-bonding and is not a rule or a policy.

As required by law, the petition is published in the Federal Register and open for public comment until June 20, 2016. To get up to speed on this issue, see our series Reclamation Blues.

In a conference call with reporters, Pizarchik listed off what he called “grave concerns” about the future of coal mine reclamation:

Pizarchik noted that any sort of regulatory update would be a multi-year process and that to eliminate self-bonding entirely would take an act of Congress. Pizarchik said that after evaluating the public comments on the petition he may decide to conduct an investigation or hold hearings.

“The public has the right to know what did the big coal companies that self-bond know, and when did they know it? What did the states know and when did they know it? Why were states like Texas and Colorado successful in getting replacement bonds from bankrupt companies and other states did not. Was there any kind of collusion or misfeasance or malfeasance out there? I think the public needs to know the answers to those questions,” Pizarchik said.