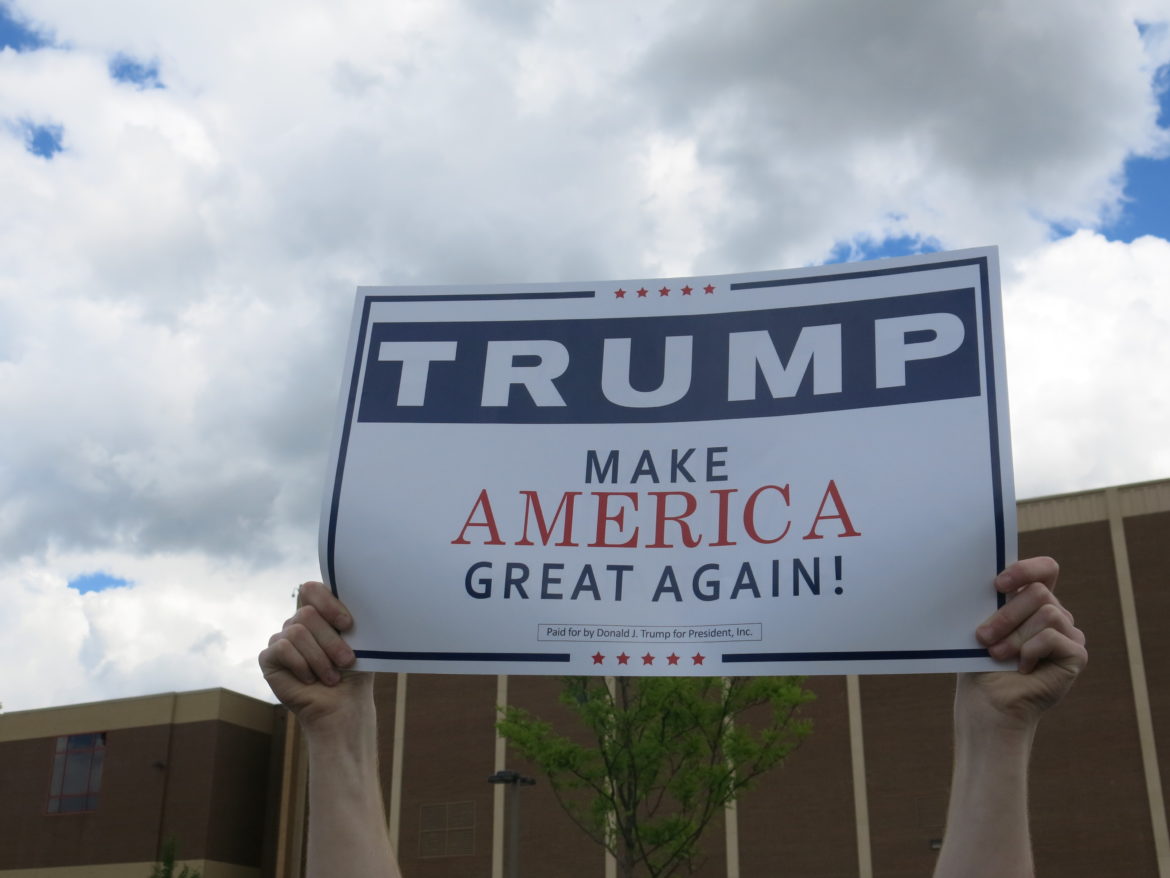 With the help of a few more delegates from a handful of states, including North Dakota, Donald Trump finally gathered enough to clinch the GOP nomination on Thursday. With that news, the official Republican presidential nominee rolled into Bismarck, North Dakota on Thursday to speak at an oil industry conference.

It was here, at the Williston Basin Petroleum Conference, that Trump laid out his thoughts for the future of U.S. energy. What is that vision? Here’s a summary of the big themes:

Trump started with President Obama, accusing him of killing jobs and restricting energy development. And he quickly turned to his current rival and her oft-quoted, widely criticized comments about putting coal miners out of work:

“If Hillary can’t shut down the mines, she can really shut down our whole country and your businesses will be permanently in many cases permanently ruined,” Trump said.

Trump contrasted himself to Clinton, saying he would put people back to work and grow the economy. That connection between jobs, energy development, and economic prosperity was a major theme in his speech.

But putting energy workers back on the job is no easy task because the big driver behind those job losses is not just Obama, or even Clinton. It’s the weak market for fossil fuels, which is really more a matter of supply and demand.

Although the U.S. produces more oil and gas than anyone else, Trump believes federal regulations are limiting that production.

“We’re loaded, didn’t even know it, we’re loaded. We had no idea how rich we were!” Trump exclaimed, referencing U.S. fossil fuels reserves.

With those riches could come energy independence, an idea Trump hit on several times. But many economists say that the concept of energy independence is basically meaningless because oil, for example, is a global commodity and thus subject to global price fluctuations.

Trump didn’t talk much about how all of this energy development relates to the environment, although he did say he wants clean air and water. But climate change is still an important theme, especially with President Obama’s push for stricter regulations. Here is where Trump stands on that issue:

Overall, Trump’s speech was pretty fossil-fuel centric but he did acknowledge the existence of fossil fuel alternatives:

“[My vision]…it does include nuclear and wind and solar. But not the exclusion of other forms of energy and other forms that, right now, are working much better.

So, what does Donald Trump see for the future of U.S. energy? Its pretty simple: