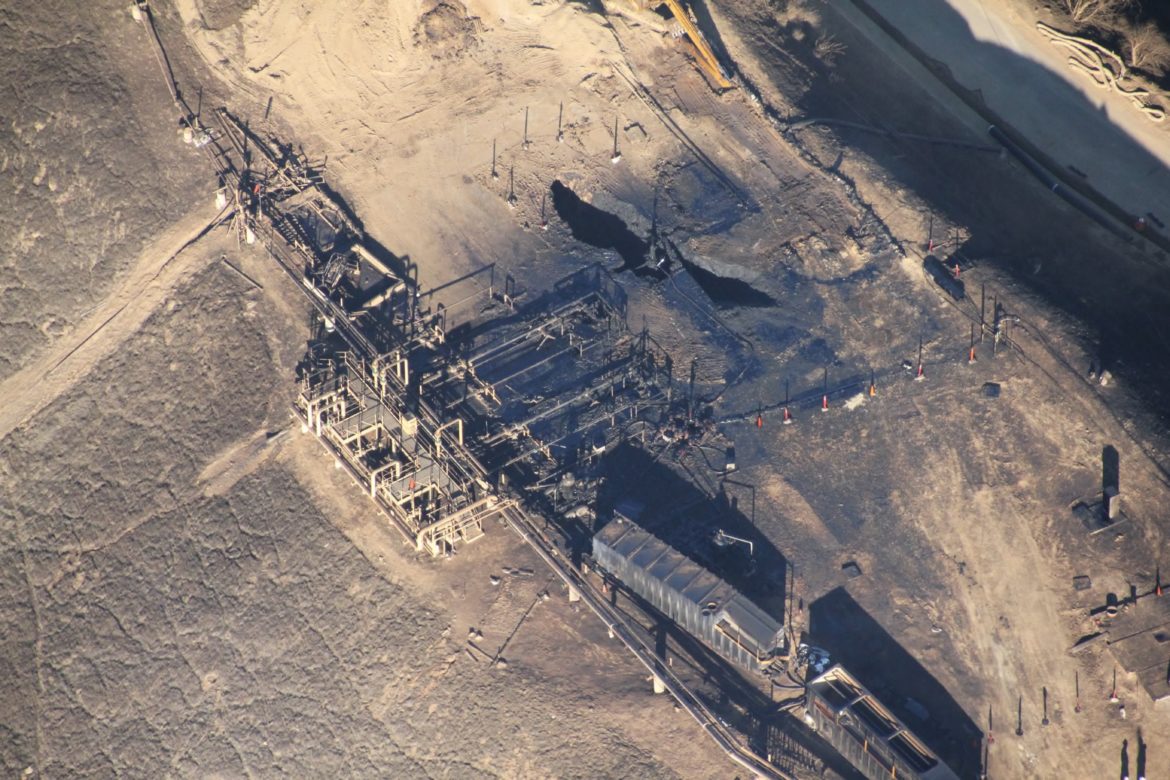 Up a bumpy road in the northeast corner of Pennsylvania, a team of researchers park their van, turn on a half-million dollars of equipment, and start another round of trying to solve a climate riddle.

They are in rural Susquehanna County looking for methane—the powerful greenhouse gas and the main component of natural gas.

Lead researcher Naomi Zimmerman, a post-doctoral research associate at Carnegie Mellon University, turns on a gas monitor to see how much methane is in the air. The monitor starts to pick up a reading of 1.2 parts per million. That’s about 12 times what they would expect to see from a gas well. Judging by the wind direction, Zimmerman and fellow Carnegie Mellon scientists Mark Omara and Aja Ellis think the gas is coming from a nearby pipeline.

“I think we have a pipeline leak,” Ellis says.

The monitor climbs to nine parts per million, prompting a few “whoas” and “wows” from the trio of scientists, who are decked out in navy blue fire-resistant overalls.

Their work is adding to a growing body of research into how the fracking boom is contributing to climate change. There are thousands of gas wells in the Marcellus and Utica shale formations of Pennsylvania, Ohio and West Virginia—and a growing number of pipelines moving that gas around the Northeast. And even though low gas prices have slowed the flurry of drilling activity, the hills and dairy farms of northeast Pennsylvania are criss-crossed with pipelines, compressor stations and other infrastructure sending gas to market. But exactly how much of this infrastructure is leaking methane? That’s what the Carnegie Mellon researchers are trying to find out.

One of the key selling points of natural gas is that burning it produces far less carbon dioxide than coal—a fuel that gas has quickly replaced as the nation’s top source for electricity. So if you’re burning gas instead of coal to make electricity, that’s good from a climate change perspective. But when that natural gas escapes from pipelines, the gains from using natural gas can quickly dissipate. That’s because over a 20-year period, methane is 84 times more effective at trapping heat than carbon dioxide.

“If you’re not burning the natural gas—and you’re releasing pure methane into the atmosphere—the methane has a much higher global warming potential than carbon dioxide,” says Zimmerman.

Allen Robinson, Zimmerman’s colleague at Carnegie Mellon, was part of a team that found methane emissions in Texas’ Barnett Shale were 90 percent higher than estimates in the EPA’s Greenhouse Gas Inventory. The group also found that most emissions were coming from a very small number of sources. But even Robinson says these studies still represent at best an educated guess as to how much methane is actually leaking out of the natural gas system.

“It’s a very messy problem,” Robinson says. “You’d think ‘Wow. Shouldn’t we know that by now?’ But we don’t, really.” One problem for researchers is that simply finding all the potential sources for methane can be a chore. His group had to sift through hundreds of state air permits just to locate gathering stations for natural gas delivery.

Another problem for measuring methane pollution is the sheer number of places where gas can get out.

“Unlike power plant emissions, we’re not talking about one facility where you have one [smoke]stack and say ‘There’s your source, it’s coming out there,’” says Mark Boling, vice president for Southwestern Energy, one of Pennsylvania’s largest natural gas producers.

Instead, each step of the natural gas network contains hundreds of places where gas could escape. Boling’s company cooperated with the Environmental Defense Fund on several studies to better understand methane pollution.

Southwestern is one of several companies that have signed on to a pledge to reduce their methane emissions to less than 1 percent. That’s a 50 percent decrease from current EPA emissions estimates. And he says spending money on equipment that can prevent methane leaks is good for business.

“Whatever methane we can save from going up into the air and keep in the pipeline—whatever we get for that will help defray the cost,” Boling says.

The U.S. Enviromental Protection Agency and several states, including Colorado and Pennsylvania, have begun implementing methane regulations for the oil and gas industry. Boling isn’t a fan of these regulations because he says they prescribe equipment for companies to use that may not be necessary or effective. To him, it’s better to let companies decide how to reduce their own emissions.

“You’re basically telling them we have 100 different sources, 20 are the problem—but I want you to replace all 100,” Boling says.

Other companies are also starting to take methane pollution seriously. In June, Montreal-based GHG SAT launched “Claire”—a satellite equipped with high-resolution methane sensors. Among the companies paying for the data Claire will send back are ExxonMobil and Shell.

These companies can make money with this data because they’re already subject to carbon pricing systems in British Columbia and Quebec, according to Stephane Germain, CEO of GHG SAT.

“Industrial operators would be financially motivated to better understand their emissions so that they can control them and ultimately reduce them,” Germain says. “Really what they’re doing at that point is reducing their own financial risk.”

NASA has been using satellites to measure greenhouse gases for years. But with higher-resolution sensors, satellites could become even more important in the search for methane leaks.

Harvard climate scientist Daniel Jacob used satellites to detect a large pall of methane over the central United States. The amount of methane he detected was 30 percent higher than current EPA estimates would predict. His study couldn’t determine if drilling or some other source—like agriculture—was the cause. But Jacob says satellites could be an early warning system to help on-the-ground teams find and fix leaks.

“They can tell you, ‘Aha! You’ve got a hot spot here.’ Then, once you figure out from space you have a hot spot, you can dispatch ground-based instruments—or maybe low-flying aircraft—to figure out where this methane is coming from.”

Technology to do this is improving. Jacob’s previous paper used satellite data with a resolution of 10 square kilometers. His current project is using Claire, which has a resolution of 50 square meters. Claire is scheduled to start sending methane readings back to Earth this fall.