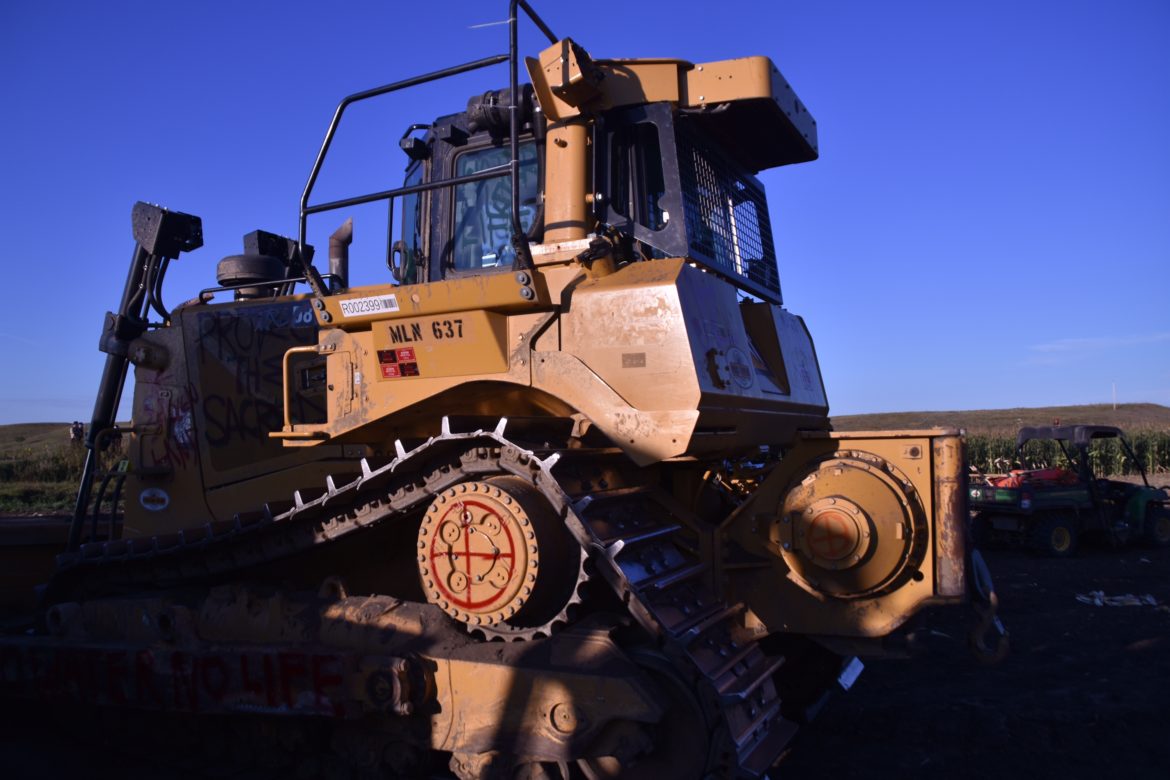 Green Party presidential candidate Jill Stein has been charged with criminal trespass and criminal mischief for actions taken during a protest against the Dakota Access pipeline in North Dakota on Tuesday.

Along with her vice-presidential candidate, Ajamu Baraka (A-jom-u Ba-rock-a), Stein allegedly entered private property on the pipeline construction site and spray-painted a bulldozer. That’s according to the Morton County State’s Attorney’s office in North Dakota. A judge has issued warrants of arrest for both Baraka and Stein.

According to the criminal complaint, Stein was seen on a video spray painting a Caterpillar bulldozer with the words, “I approve this message.”

Both offenses are deemed misdemeanors.

Stein and Baraka’s actions are part of a widening protest against the construction of a 1200 mile pipeline designed to carry oil from the Bakken to Illinois.