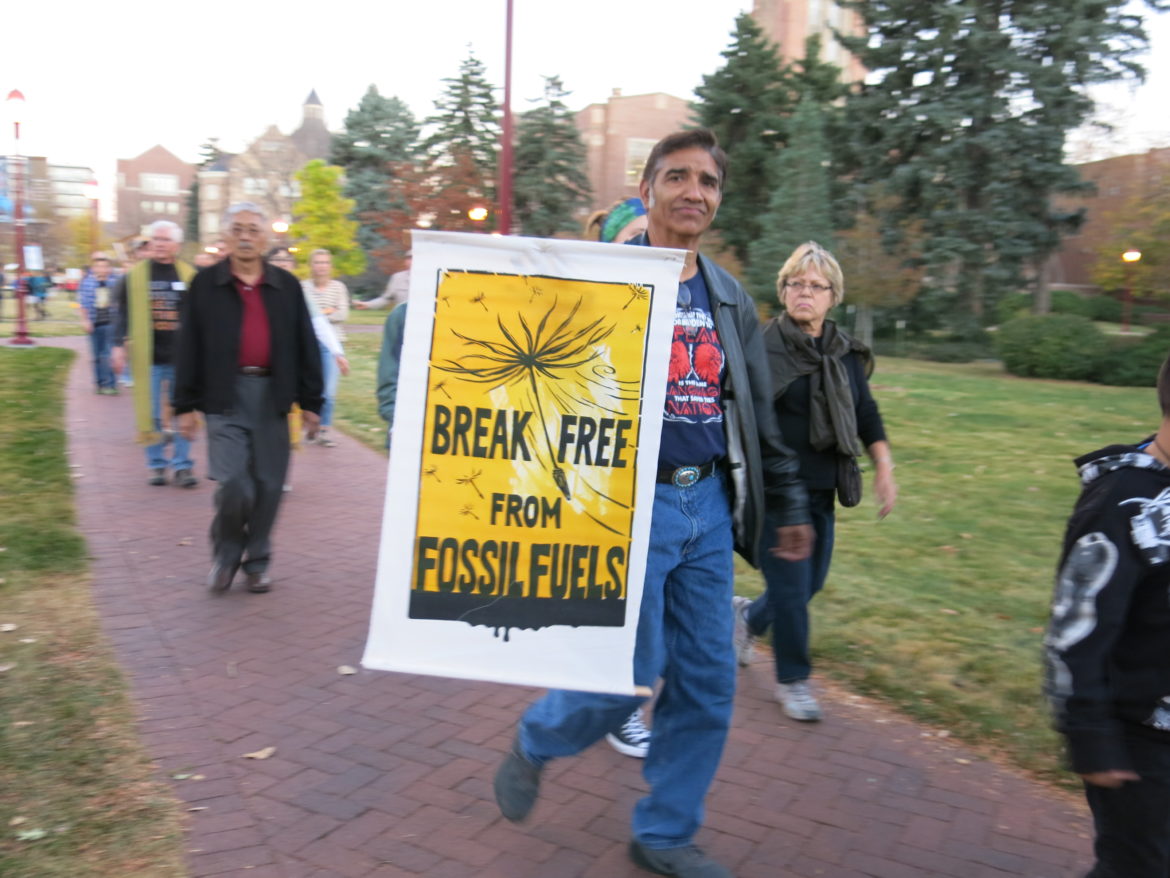 Protestors take part in a national 'Day of Action' demonstration against the Dakota Access pipeline project on the University of Denver campus.

Demonstrators protested all around the country in November, in opposition to a controversial crude oil pipeline, with chants like, “We stand with Standing Rock,” and, “Water is life.”

The Standing Rock Sioux, the tribe opposing the Dakota Access pipeline project on the ground in North Dakota, are worried that if there were an accident, the pipeline could contaminate their water.

According to data from federal regulators, there is actually a low probability of a pipeline accident. But when there is an accident, the impact can be huge. In 2010, a natural gas pipeline exploded near San Francisco International Airport, killing eight.  More recently, in October, a pipeline explosion in Alabama killed one worker, and injured 5 others.

Map: There have been 4,269 pipeline incidents since 2010; 64 of them involved fatal injuries

This map shows the incidents pipeline operators have reported to the Pipeline and Hazardous Materials Safety Administration, known as PHMSA, since 2010. The color indicates the type of pipeline – gas distribution; gas transmission and gathering; hazardous liquids, like crude oil. Large markers indicate incidents where people were killed. Mouse over or click on a marker to see more information about that incident.

Since 2010, 474 people have been injured, 100 people have been killed, and $3.5 billion of damage has occurred as a result of pipeline accidents, leaks and spills. On the map, you can see how the incident locations trace out the paths of some of the major pipelines that transect the U.S.

So, this risk is real. These injury and fatality numbers, however, have dropped over time.

“There have been some safety improvements that have reduced the number of fatalities and injuries but, overall, the trend line has started to go back the wrong direction,” said Carl Weimer, Executive Director of the Pipeline Safety Trust.

Weimer means that although fatalities and injuries are down, the number of what PHMSA defines as ‘significant incidents’ for pipelines overall are creeping up, along with mileage as operators build more pipeline. At least 125,000 miles of new pipeline have been built since 2010.

Weimer speculates that the pipeline build-out during the oil and gas boom meant work was perhaps done quickly instead of correctly at times. But he admits that he really doesn’t know exactly why numbers are going up.

“There isn’t one single cause of any of these pipelines that you can point at and say that’s what the problem is,” Weimer said.

As pipeline network expands, incidents are up and fatal injuries are down There is another common problem: excavation damage.

“That’s just folks digging into the pipe, not even realizing it’s there,” said Chris Stockton, a spokesperson with the pipeline company Williams. Williams operates several long domestic pipelines, including one that runs from Texas to New York city.

In addition to these risks, there is the issue of a chronically underfunded and understaffed regulatory agency. According to PHMSA, the agency has 533 inspectors on its payroll. That works out to around one inspector for every 5,000 miles of pipe. A government audit in October found that that PHMSA is behind on implementing new rules. It has 41 mandates and recommendations related to pipeline safety that await rulemaking.

But on the ground, are pipelines actually safe?

“It is an interesting question because everyone has to judge risk on their own. We try not to tell people whether a pipeline is safe or not because safe to one person might be unsafe to another,” said Carl Weimer.

Inside Energy analysis of PHMSA data showed that, over the years, the risk of an accident has remained steady: roughly 1.2 incidents that included injury, death, substantial property damage or spillage, per 10,000 miles. That might not sound like a lot if you don’t live on top of a pipeline or get your water from a nearby source.

But it is exactly that tiny fraction, that rare accident, that the Standing Rock Sioux are worried about.