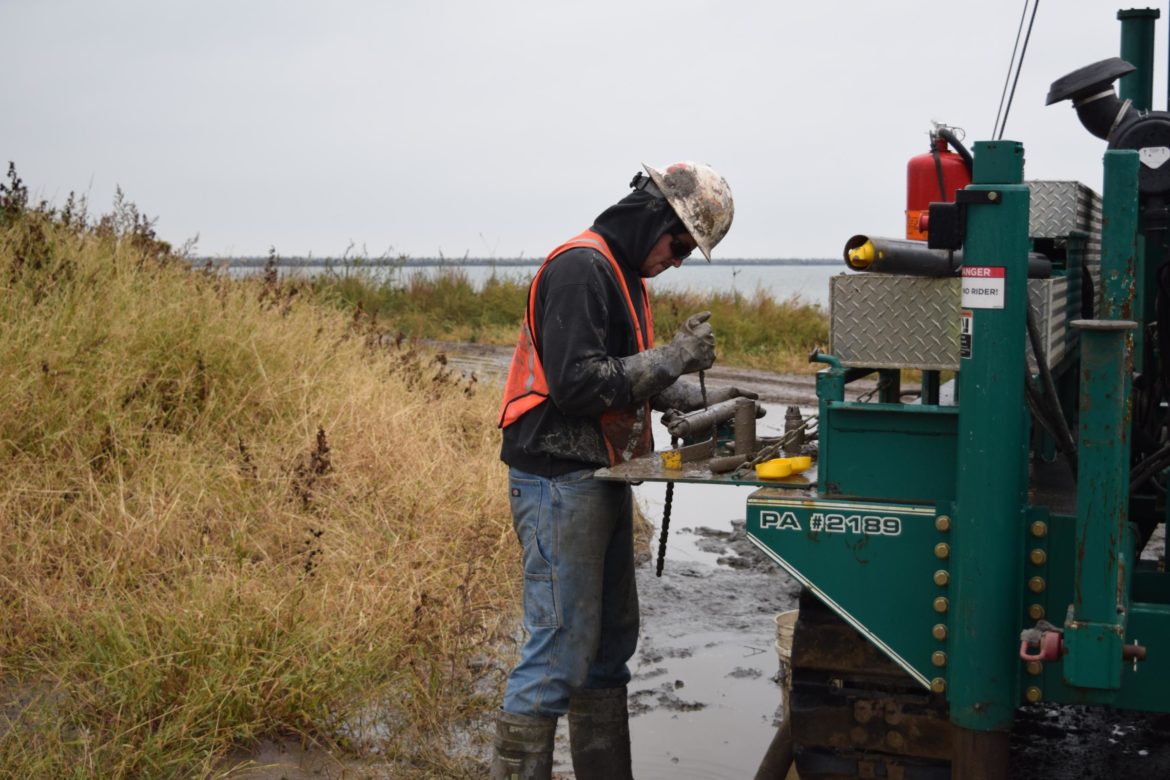 Cleveland’s own Charles Brush created the world’s first electric wind turbine in the 1800’s. He used it to power his home. And since then, wind turbines have popped up all over the world — but never in the Great Lakes.

That could change with Project Icebreaker, a six-turbine demonstration to be located eight to 10 miles off Cleveland’s shore. It could become the country’s second offshore wind farm; the first just started operating in Rhode Island’s waters. “It’s always been about economic development, healing the environment, and having sustainable energy for everyone in the population and doing our part,” says CEO Lorry Wagner of the Lake Erie Energy Development Corp., the non-profit heading the Lake Erie project.

The project has already garnered some local support, with utilities and Cuyahoga County pledging to buy power from the turbines. Wagner says construction of the turbines will yield 500 jobs.

But Wagner says there’s still a long way to go until construction. Project icebreaker needs approval from state and federal agencies and an environmental assessment.

“When you start thinking about all of the technical aspects, the business, the social, the logistics, there’s a lot of things happening,” he says.

Project Icebreaker will provide about 10 percent of the electricity for 6,000 homes. From Cleveland, the turbines would be barely visible. The project isn’t without detractors. Some worry about storms damaging the turbines. Others wonder whether the foundation can actually break ice.

The project is getting international scrutiny, too. Environmental groups in Spain and the United Kingdom recently condemned it.

Sherri Lange of North American Platform Against Wind Power says she speaks to these European groups regularly, as well as other groups in North America. She lives in Toronto and helped push for an offshore moratorium in Ontario five years ago.

Now, she fears a domino effect along the Great Lakes.

“We realized that if one project goes in the water, it could be, ‘Okay, they’re all going to jump in.’” says Lange. “We were very conscious of how to fight all the projects.”

“Maybe people who are pessimists are right, maybe this will be a problem, maybe it’ll be an eyesore, maybe it will cause environmental damage to the lake,” says Scofield.

But he adds, “It’s all fixable. We can tear down the turbines, restore the floor of the lake, and 20 years later you’d never know it was ever there.”

Scofield says the need for clean, renewable energy is growing. As U.S. ocean waters are opened up for wind farms, the Great Lakes could offer more room for expansion.

“If we’re ever going to move to renewable energy, we have to start expanding things,” he says. “There’s only one way to get there — that’s to keep working at it.”

Preparations for Project Icebreaker continue with calls for regional businesses to get involved. If all goes according to schedule, the turbines will start producing electricity in 2018.