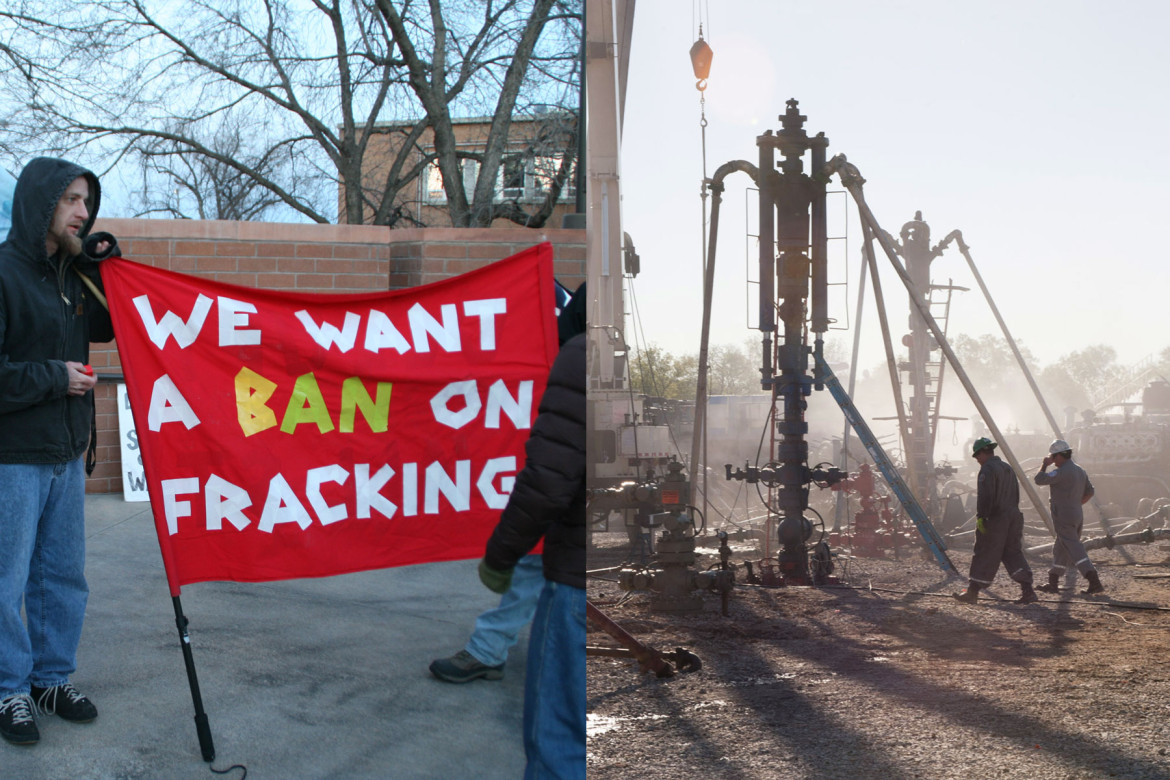 While the media, the public and now the Merriam-Webster Collegiate dictionary all spell it “fracking,” many in the oil and gas industry don’t.

“I would spell it frac’ing,” said Scott Hall, a Denver-based petroleum engineer with decades in the industry.

He’s not alone. Many others in the industry spell it either “fracing” or “fraccing,” they never use the “k.”

“The minute I start seeing people spell it ‘f-r-a-c-k-i-n-g’ that’s a red flag that you don’t know that much about the technology—early on. Now it’s starting to become more common now,” said Hall.

The Associated Press Stylebook —the bible for most in the media— says the word should be spelled with a “k.” In the same entry it says the industry considers the shortening a pejorative term.

“That’s something that occasionally happens when a word moves from a very specialized field like petrochemical engineering into the general press is that oftentimes there are these spelling variants,” said Kory Stamper, associate editor for Merriam-Webster.

In a world that’s talking more and more about hydraulic fracturing, leaving off the “k” is one way Hall can make sure he and his peers are talking about the same thing.

“Hydraulic fracturing is not drilling a well, it’s not producing a well, and it’s not transporting oil or gas,” said Hall. “It’s a little act that we do at the end of a well that helps enhance the production of a well and increases the volume per well that we can produce.”

Outside the industry though, the word “fracking” has taken on the meaning of everything associated with the oil and gas extraction process.

“I think that it’s easier to refer to what we’re up against as ‘fracking’ — it’s an all-in-one word that everyone understands,” said Kelly Giddens, a spokeswoman for Local Control Colorado, a group seeking to put a statewide ballot issue in front of voters that could limit hydraulic fracturing.

For the record, Giddens spells the word: “fracking.” She said the real issue stems from the fact that the industry has a branding issue on its hands.

“They really want to get away from people referring to hydraulic fracturing as ‘fracking’ because it sounds like an expletive,” she said.

Pop Culture Has Its Say

In researching his book The Boom: How Fracking Ignited the American Energy Revolution and Changed the World, Russell Gold said he saw the rise of the “fracking” spelling in the 2000s.
“My best speculation is that people who were opposed to fracking, who were uncomfortable with the spread of new oil and gas drilling — especially in places that hadn’t seen it before — were picking up on a negative connotation of fracking and that was from the original 1970s Battlestar Galactica,” said Gold. In a 2008 issue of the Pennsylvania Sierra Club Newsletter Sylvanian, two side-by-side letters from a hydraulic fracturing proponent and foe use different shortenings of the word: fracing and fracking. “It was the sign of the brewing linguistic civil war,” wrote Russell Gold in his new book The Boom. Pennsylvania Chapter

Indeed, it was also staple curse word in Battlestar Galactica’s 2004 reboot. Choice phrases include “he’s fracking lying” or “I don’t give a frack.”

Gold, also a senior energy reporter at the Wall Street Journal, said the paper decided in 2010 to spell the word with a “k.” Phonetically, the spelling helped readers understand how the word should be pronounced.

“You just don’t find many words outside of French that end in an ‘ac’ and have that hard ‘kuh’ sound at the end. The only word we could find was cognac,” said Gold.

In essence, Gold said, the fact that different groups shorten hydraulic fracturing differently highlights a deep divide on what the word actually means.

By Any Other Name

A few in the industry have been pondering a new term altogether. According to Fuel Fix, two energy leaders strayed into the topic during a March industry conference. One publicly declared his dislike for the term “fracturing” while another suggested the term “Enhanced Stimulation.”

Petroleum Engineer Scott Hall said it would be hard to give up a word he’s used for decades, but not out of the question.

“If we were to start all over right now and if we would have foreseen all the concerns about this, it would probably be a good idea,” he said.

For its part Merriam-Webster said their spelling is defined by the spelling most commonly used by the public, hence the “k.” Associate editor Kory Stamper notes that some spellings do change over time, Chanukah used to be a lot more popular until Hanukkah took over.

Translation: It’s never too late for the petroleum industry to engineer a fracing — or frac’ing, or fraccing — comeback.