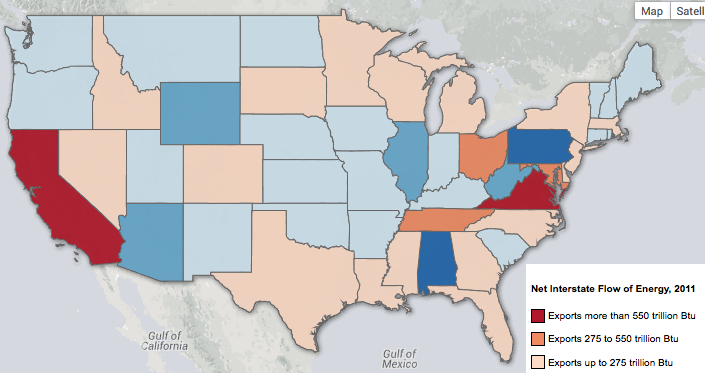 Depending on where you live, there’s a good chance your electricity might not be home grown. Just like traffic or food or weather, our electricity moves across state lines.

Who are the biggest importers of electricity? California, Virginia and Ohio.

And who are the biggest exporters or electricity? Pennsylvania, Alabama and Illinois.

How do our Inside Energy focus states measure up?

At Inside Energy, we’ll be digging into the data on this issue and other messy energy topics as we explore the interplay of people and power.