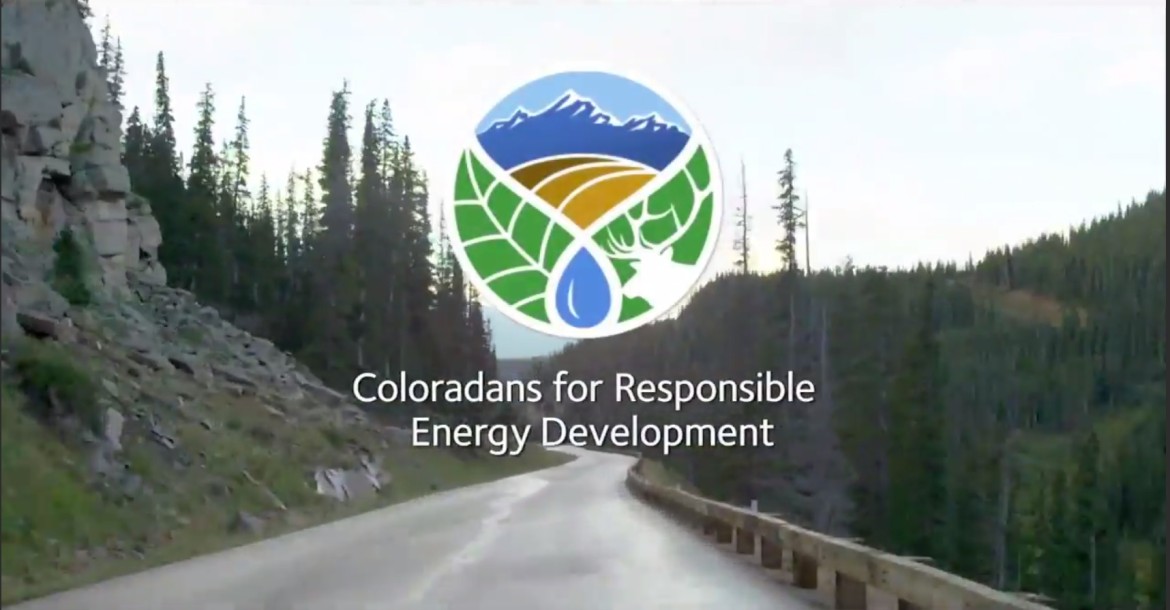 A screenshot of an ad from the group Coloradans for Responsible Energy Development. A screenshot of an ad by the industry-funded group Coloradans for Responsible Energy Development.

Political spending both for and against potential anti-fracking ballot measures is already washing over Colorado.

Colorado is quickly becoming ground zero for a political war over the future of hydraulic fracturing. Drill operations are pushing deeper into populated areas these days and some local governments and activists are supporting ballot measures that would give communities greater control over the industry.

To avoid a political battle in November, Governor John Hickenlooper is rushing to craft a compromise bill right now that could be passed by a special session of the state legislature.

If that doesn’t happen, a showdown for public opinion will be unleashed over the airwaves, the internet, billboards, and pretty much everywhere else.

An organization called Coloradans for Responsible Energy Development [CRED] was formed this past September by two of the biggest oil and gas companies operating in Colorado–Anadarko and Noble, both of which are based out of state. CRED Communications Director Jon Haubert said widespread misrepresentations of fracking need correction from industry.

“They are the ones in the best position to say hey, we’re the ones being demonized. Can you take just a minute to hear our perspective?” he said.

CRED’s status as a non-profit educational organization means their ads cannot come right out and push for people to vote against the ballot measures. But, Anadarko and Noble are giving to another group to do that.

“It is political speech, it is advocating,” said spokesperson Karen Crummy of Protect Colorado. “Our job is to…really defeat these initiatives that we think are bad for the people of Colorado.”

Protect Colorado receives donations from other companies as well, such as Whiting, PDC, DCP, Bayswater, Pioneer, SM Energy, and Calfac. It has to report how much money it’s bringing in from these sources and how much it’s spending. State records show they’ve raised about $3 million so far.

CRED, however, doesn’t have to report much of anything financially. The Colorado-based Center for Western Priorities is trying to track them and estimated CRED has already spent about $2.4 million on pro-fracking educational ads.

The strategy can work.

In 2008, Coloradans considered Initiative 58, which would have increased taxes for oil and gas.

“I thought the stars were well-positioned for it,” said Floyd Cirulli, an independent pollster in Colorado.

But, the measure eventually failed, in part because of big industry bucks.

Figures from the National Institute on Money in State Politics showing oil and gas political spending in Colorado in 2008.

The nonpartisan National Institute on Money in State Politics says companies like Conoco, Chevron, Exxon, BP, and yes, Noble and Anadarko poured in $12 million in spending against Initiative 58–a state record.

Cirulli predicts this time industry will be willing to spend up to three times as much to protect fracking.

“I would say you could multiply $12 million by 3 to get to that figure.”

But, this time, the anti-fracking crowd will be well-funded too.

More on that soon as Inside Energy continues its reports on energy and politics.

(Editor’s note: An earlier version of this story did not mention that Protect Colorado is also funded by other sources besides Noble and Anadarko.)