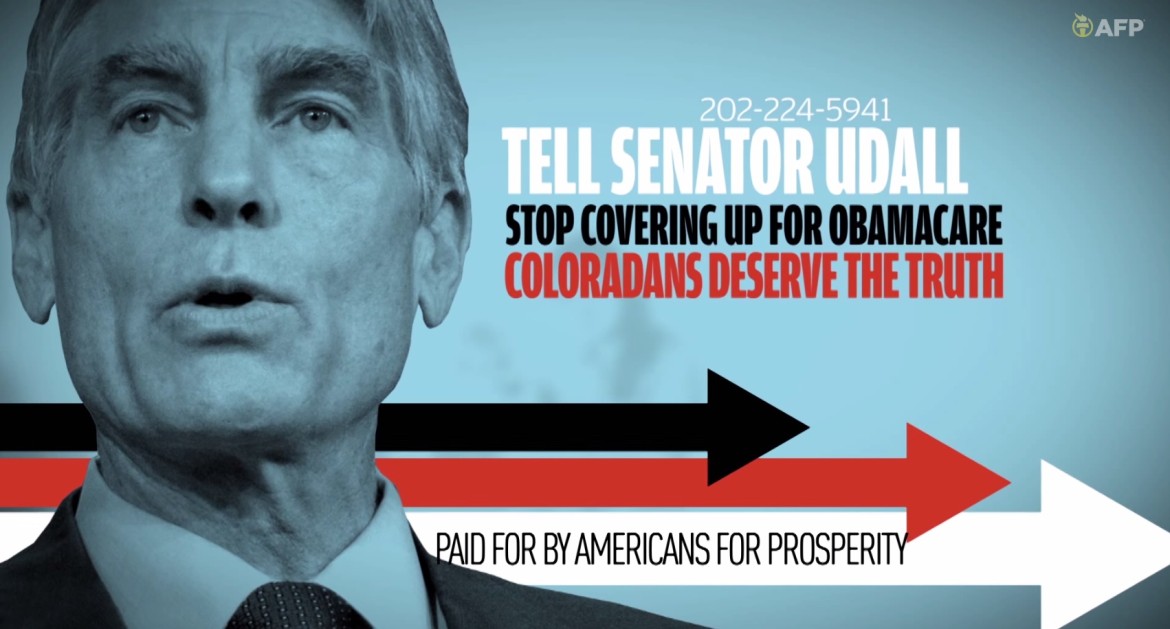 While energy is a key political issue in the state of Colorado, the campaign ads overwhelming the airwaves right now often gloss over the topic, even if energy interests are behind the ads.

The US Senate majority is up for grabs, and Colorado’s Senate race between incumbent Democrat Mark Udall and Republican challenger Rep. Cory Gardner is one of the country’s most competitive.

But, while the ads often mention Gardner’s skepticism of climate change, they spend more time talking about a more hot-button issue:

“We are seeing a just a tremendous amount of advertising just around one topic – reproductive rights,” said Denver political analyst Floyd Cirulli, “because of their belief, the campaigns’ belief that it is persuasive.”

Hot button issues, like abortion, bring people to the polls. These topics get undecided voters fired-up in a way that energy issues don’t, according to Cirulli’s research. Polls show 10-15 percent of voters undecided in the Udall/Gardner race.

While liberal ads are focusing on reproductive rights this campaign season, for conservatives, it’s Obamacare:

This ad comes from Americans for Prosperity, one of the country’s most famous political action committees. The group has already spent more than $600,000 on ads this season–just in the Denver Metro area.

But, whatever the ads say, the Koch brothers made their fortunes in natural gas, coal, oil and are spending millions lobbying Congress on energy issues.

Political ad spending continues to soar throughout the United States, but especially in states like Colorado – where the race is a dead heat.

“The money would turn off here in a minute if it looked like either the Democrats or Republicans were consistently ahead, you would see the money disappear,” Cirulli said.

Right now the only goal for campaign donors is to win, and they’ll use any tool at their disposal,even if the tactics may not align with their true policy interests.