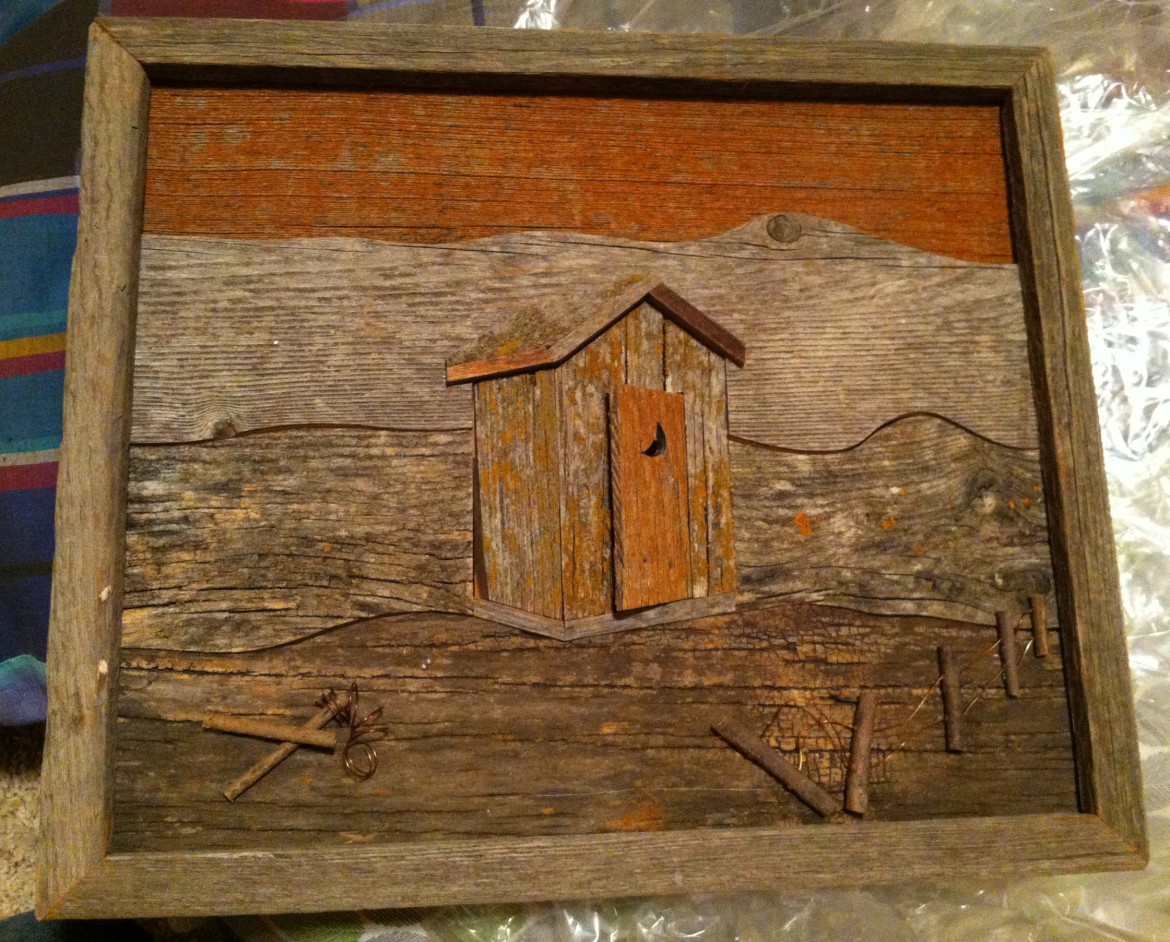 One of Don Bloom's collages.

Over the weekend I bought a piece of art from a man named Don Bloom. Don and his wife Ethel live in a small subdivision in Wilton, 30 miles north of Bismarck. Don, an older man with white parted hair and wire-rimmed square glasses, was sitting in a lawn chair when I arrived, and waved me into his driveway.

Inside his garage, he had arranged a number of pieces for me to choose from. He’s been making collages of farm scenes — collages of North Dakota’s homesteading past, really — for over 20 years. He cuts up warped, lichen-covered wood into small puzzle pieces, and fits the pieces together. When he was younger, he would scour the countryside for abandoned corrals and farm houses (there are a lot of those in rural North Dakota) and ask the owner if he could tear them down and keep the wood. He used to sell the collages at arts and crafts fairs, and he and Ethel would take the money and go to Las Vegas.

We got to talking about the oil boom, and I asked Don if he feels its effects in Wilton, some two and a half hours from the heart of the Bakken. He said yes, that things have gotten a lot more expensive everywhere but especially in the oil patch, and that that is hard for seniors living on fixed incomes, as this report confirms.  Plus, he said, people like him certainly aren’t working the new, high-paid jobs that allow so many others to afford the increased prices.

Talking to Don, I started wondering about who wins, and who loses, when an energy boom envelops an area. Don said he thought it was “a horse on each side,” or that there are winners and losers in more or less equal amounts.

I took the collages home, plus the shelf and mirror that Don threw in for free, just to start clearing out his attic. I like looking at the old, grainy wood and thinking about where it came from, and what it says about the way North Dakota used to be many years before the boom.