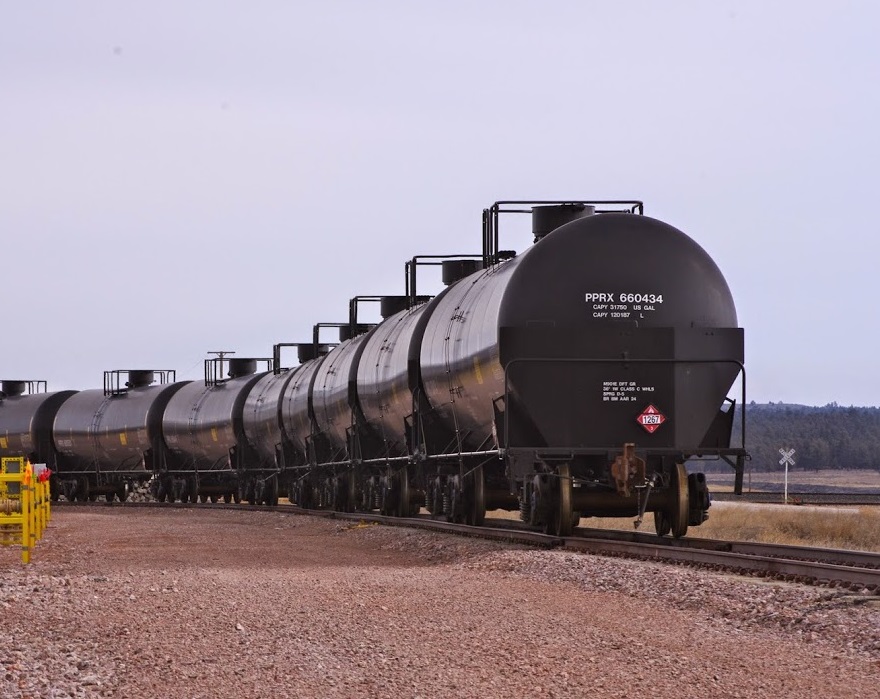 Dozens of trains loaded with crude oil roll through towns and cities across the country every day, most of them leaving the Bakken oil fields in North Dakota and eastern Montana bound for refineries on the east, west and gulf coasts.  In recent months, half a dozen of those trains have derailed, spilling oil and in some cases, causing major explosions.

Responding to widespread concern about the incidents, the federal Department of Transportation released a set of proposed rules Wednesday that Secretary Anthony Foxx says represent “our most significant progress yet in developing and enforcing new rules to ensure that flammable liquids, including Bakken crude and ethanol, are transported safely.”

The rule addresses six areas of concern: the flammability of various crude oils, routing of crude oil trains, emergency response notification, speed limits for trains, brake standards and tank car standards, but the specifics of what would be required aren’t spelled out.

For example, most crude oil shipments are transported in a type of tank car called a DOT-111. They’ve been disparagingly called “Coke cans” and “Pintos” for their propensity to rupture and/or explode in a derailment. The proposed rules would phase them out over the next two years, but the rules don’t specify what would replace the old rail cars.   Instead the DOT lays out three options and asks for public comment. For Eric de Place, with the Sightline Institute, a Seattle-based think-tank focusing on sustainability, that reads like a stalling tactic:   “I basically see a bunch of ‘if, if, if’ and ‘we’ll get back to you in the future,’” he said, adding “I would say the one group who doesn’t have its lobbying fingerprints on it is the public.”

Both the oil industry and the railroads have spent quite a bit of time lobbying the Obama administration about the rules in recent months. There are a few areas where it’s obvious that lobbying paid off, like a proposed 40-mile per hour speed limits for oil trains (Again, there are three options:  option 1: everywhere, option 2: in ‘high threat urban areas’ 3. in areas with 100K+ people). Many experts had argued it should be 30-miles per hour or less, at least in urban areas. Former National Transportation Safety Board chair James Hall told the Wall Street Journal “In my opinion, if we’ve determined that people need to drive through school zones at [20 miles per hour] to protect our children, I don’t see any difference with oil trains.” But the railroads strenuously objected, saying that such a significant slowdown would cause chaos across the rail network. They currently operate crude trains under a self-imposed speed limit of 40 miles an hour in urban areas.

Other notable lobbying fingerprints include what didn’t make it into the rules. Although the DOT proposes a process for testing the flammability of various crude oils, it doesn’t mention requiring oil companies to separate volatile gases from the crude before shipment. Some have argued that Bakken crude oil needs stabilizing before it’s put into rail cars and a study that the Department of Transportation released simultaneously with the rule suggests Bakken crude oil is more volatile than other crude oils. (The American Petroleum Institute disputes the characterization of Bakken crude.)

The lobbying isn’t likely to stop either. The rules now go to a 60-day comment period intended to help the DOT select among the options it’s presented. Because of the range of proposals, the final rule could take many forms, and it’s unclear what, if any, impact it might have on the domestic oil and gas boom and the distribution of those fuels.

The rule may be the first of several.  As E&E News reported, Cynthia Quarterman, the director of the Pipeline and Hazardous Materials Safety Administration told reporters, “we are not necessarily done yet with all of the ways that we plan to address this issue.”