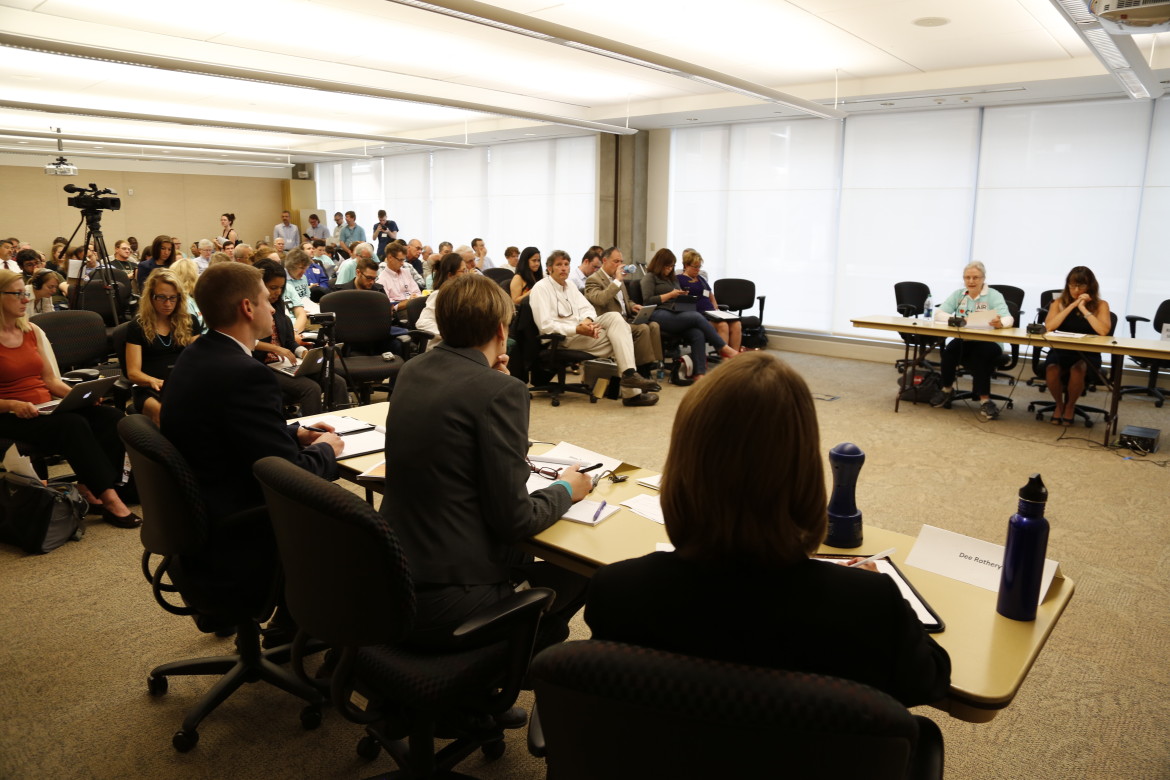 About 400 people are expected to provide feedback on the EPA's proposed carbon rules this week in Denver alone. About 400 people are expected to provide feedback on the EPA\’s proposed carbon rules this week in Denver alone. Mark Fix has been ranching outside of Miles City, Montana since the mid-1980s, raising cattle, alfalfa and grain on his 9,700 acre plot of land. But severe weather events have been stacking up in recent years: a tornado tore through his barn, flooding stranded his cows. It’s impacting his bottom line, and he’s convinced it’s from human-caused climate change.

“It seems like this carbon stuff has been affecting us in weird ways,” he said Tuesday from the Environmental Protection Agency’s Region Eight headquarters in Denver. Fix joined what’s expected to be about 1600 people giving feedback to the EPA this week on proposed rules restricting carbon dioxide emissions from the nation’s power plants.

The proposal, as we reported back in June, would be the biggest step taken by the U.S. so far to combat the effects of climate change. The rules call for cutting carbon emissions from power plants in 2005 by nearly a third in the next 15 years. It’s accomplished through a complex state-by-state approach which requires fewer reductions the more an individual state relies on fossil fuels. While many environmentalists are hailing the proposal as an important step in the right direction, utilities and fossil fuel companies are saying it will lead to higher energy bills and a loss of jobs in sectors like the coal industry.

The public hearings on the rules, like the one attended by Mark Fix, are going on in Denver, Atlanta, Pittsburgh and Washington D. C. this week. The oral comments will be added to the about 300-thousand written comments the EPA has already taken in on the rules.

“It’s really been a high level of engagement by the public, which is exactly what we are hoping for,” said Jenny Noonan, a member of the EPA team writing the rules. The agency is still accepting public comment online until mid-October and plans to release the final rules next June.