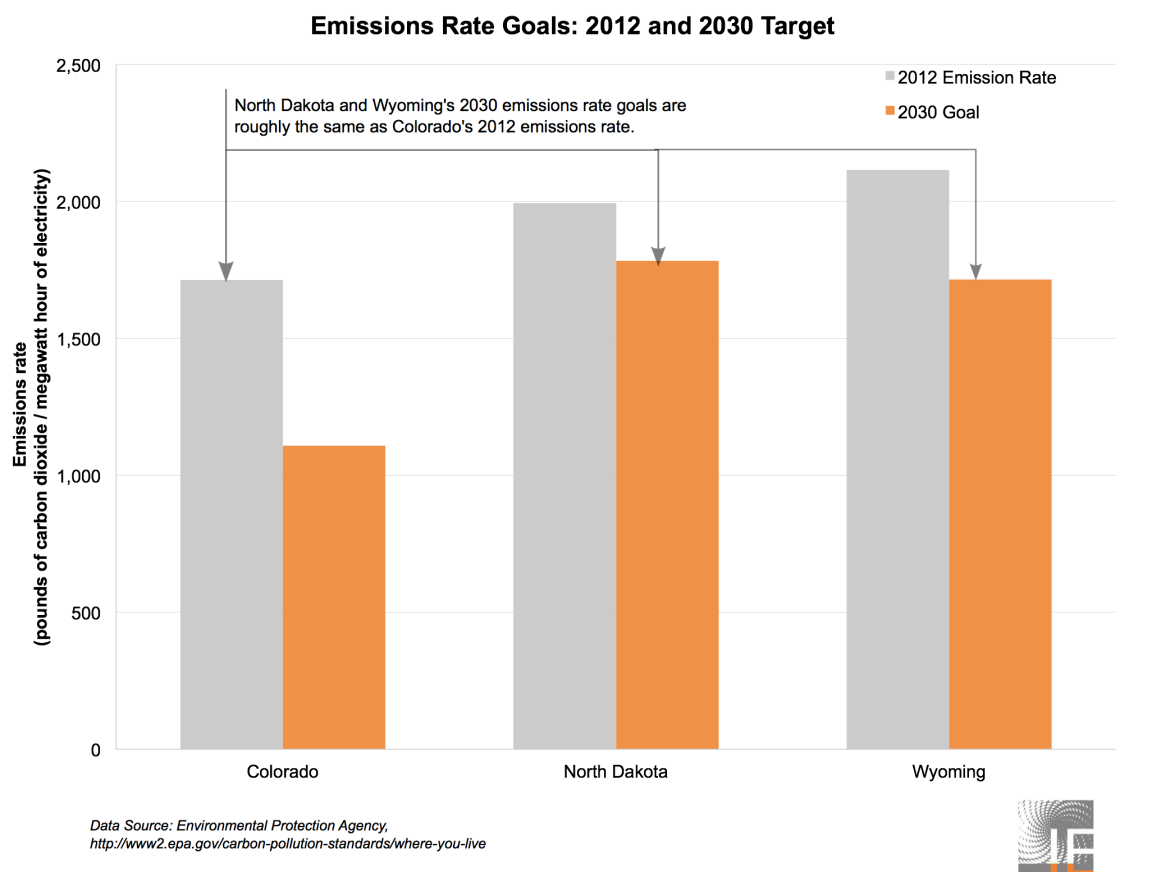 Based on each state’s energy portfolio and economy, the EPA assigned state-specific emissions goals for the year 2030.

These goals are framed as emissions rates, not absolute emissions values. States will have to reduce the amount of carbon dioxide produced per amount of electricity being generated* (in pounds per megawatt hour) — whether they generate 10 percent of the country’s electricity, like Texas, or less than a tenth of a percent, like Rhode Island.

Here are emissions goals for the three Inside Energy states mentioned up top, published Monday by the EPA.

To put this in perspective, by 2030 North Dakota and Wyoming power plants will need to emit near current Colorado levels. Currently, Wyoming has the third-highest power plant emissions rate in the country and North Dakota ranks sixth. North Dakota’s target for year 2030 represents the highest emission rate and the smallest percentage of decrease from 2012 values. The new EPA rules apply to existing fossil fuel-fired power plants. These are facilities where coal and natural gas are burned to generate electricity. Along with the rules, the EPA released a map of the affected power plants.

Based on this map, there are: States are given options for how to meet emissions rate goals. They include making power plant facilities more efficient, adding renewable power sources, or trading emissions with other states.

Stay with Inside Energy for ongoing coverage and to learn even more about what these new environmental rules mean for you.

*Note: The baseline emission rates only include fossil fuel-fired power plants, non-hydroelectric renewables, and some nuclear power. It isn’t, strictly speaking, a measure of which state’s energy is the cleanest overall.

Read more: “How Will New EPA Rules Affect You? It’s Complicated,” by Dan Boyce for Inside Energy