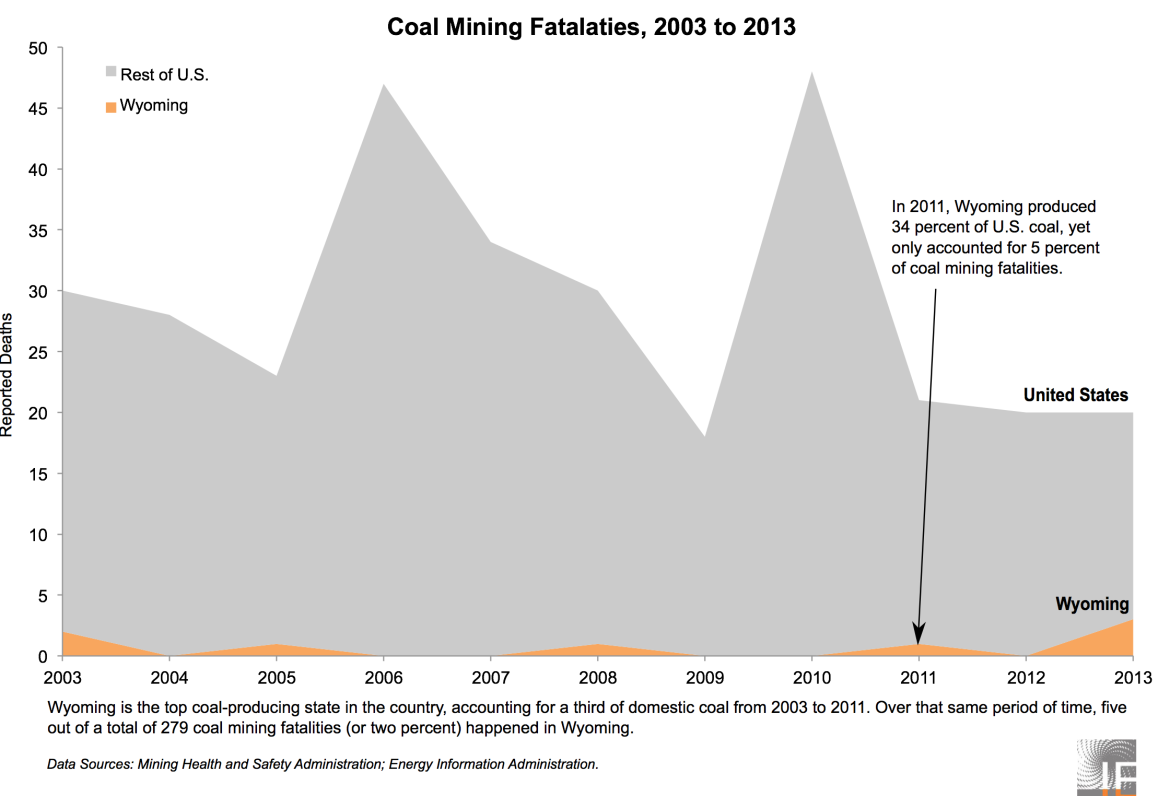 How often do tragedies like this happen in the coal extraction industry? And yet Wyoming is the top coal-producing state in the country, generating a third of our nation’s domestic coal. Over the same period in which the fatalities were reported, Wyoming produced more than twice as much coal as the next closest state of West Virginia. (This, according to Energy Information Administration data [web] [xls].) Yet, West Virginia had 111 coal mining fatalities to Wyoming’s five.

As with any good data story, answering one question leads to another. In this case, why is West Virginia’s coal mining industry so much deadlier than Wyoming’s?

There are probably several reasons for this. NPR’s Howard Berkes keeps watch of mining incidents in West Virginia. His analysis after a deadly mining situation there last month sheds some light on questionable safety practices in that state, and the complexity of enforcing federal safety rules.