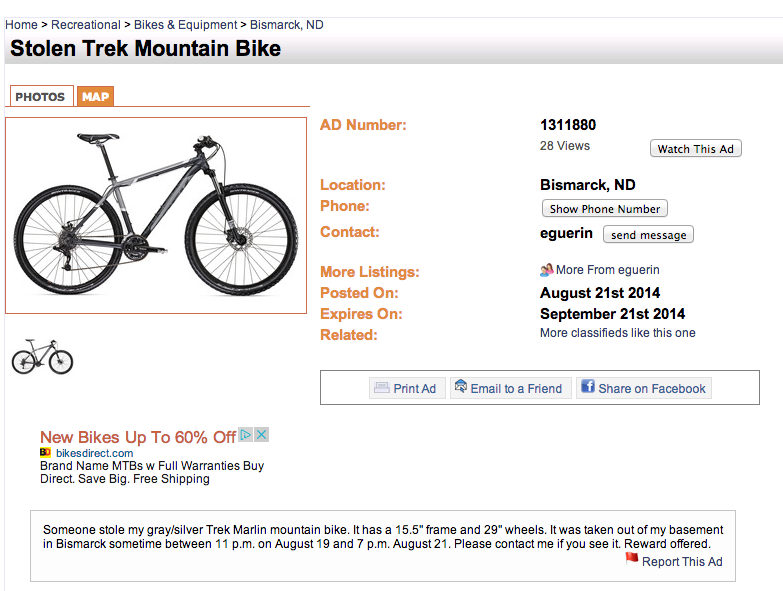 According to a July report by the state’s Attorney General, crime in 2013 was up 5.5 percent over last year, and a lot of it has to do with the influx of people, and money, to the oil patch. Aggravated assaults and drug arrests — what the AG is most concerned about– really spiked, increasing almost eight and 20 percent respectively. And the type of crime is changing, too, as Attorney General Wayne Stenehjem told the Bismarck Tribune, “They’re increasingly complex (cases) … Meth is not coming in by the gram or ounce anymore … but by the pound.”

It’s a hard thing for people here to get their heads around. On Wednesday I interviewed a farmer from rural North Dakota who had his pick-up truck stolen. He tracked the guy through a blizzard and ended up coming face-to-face with him in a field, where they wrestled in the snow and below-zero cold while his daughter waited at home, worrying he was dead. It’s not something people in North Dakota ever expected to experience. And though I know bike theft is so minor in comparison, it’s not something I expected to have happen to me here, either.