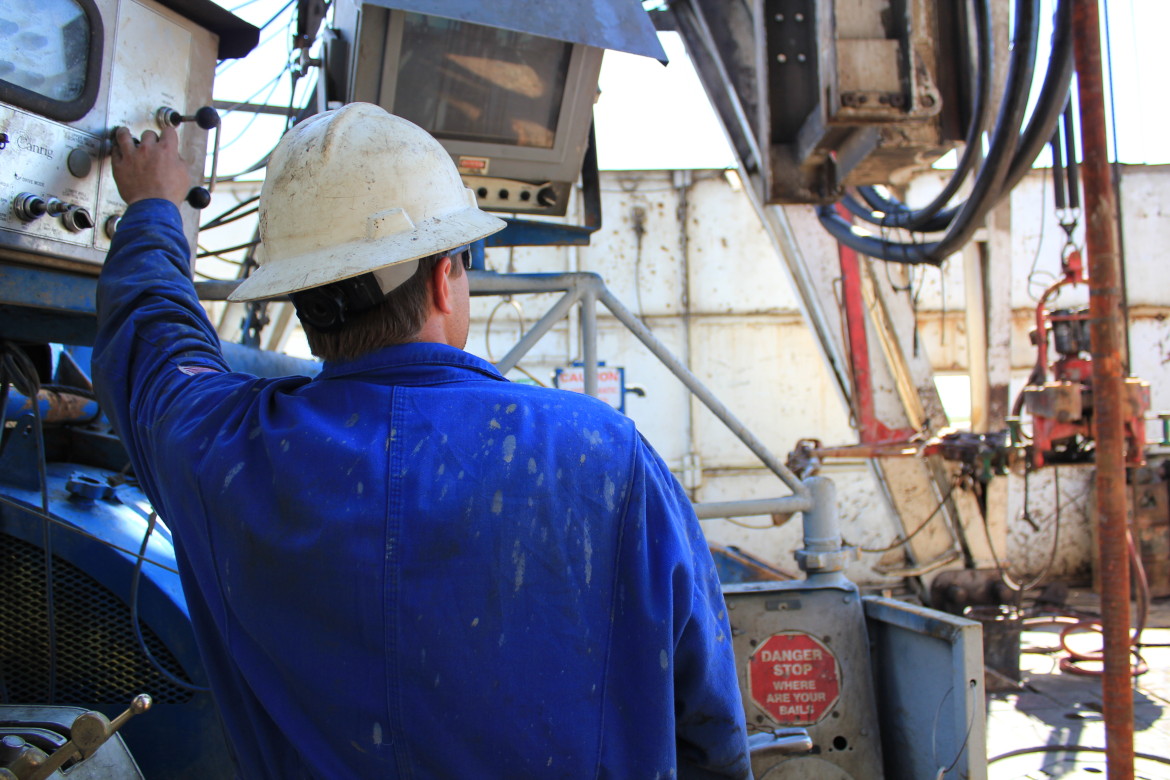 North Dakota is the most dangerous state in the country for oil and gas workers.

But that fact hasn’t gotten a lot of attention until now. Governor Jack Dalrymple announced to Inside Energy this week that he’s planning to bring together the state’s top safety officials to look into fatalities in the industry, and to see what they can do better. North Dakota is the most dangerous state in the country for oil and gas industry workers. View a table of state-level fatality rates.

To understand why the oil and gas industry here is so dangerous, I went to the heart of the boom: Williston.

Here, the streets are crawling with trucks – semis hauling water and muddy pick-ups carrying oil field workers. DeAnn Clark watches the traffic from behind the counter at Arnie’s Motorcycles, where oil and gas workers make up about a third of the business.

“They just kinda tear off out into the street,” she said. “‘Oh that one will be back,’ we’re thinking, all wrecked up. And sometimes they are.”

This culture of risk-taking contributes to the high fatality rate in the oil and gas industry around the country. According to a recent report by the National Institute for Occupational Safety and Health, half of the oil and gas workers who die in vehicle accidents weren’t wearing seat belts. Teresa Van Deusen sees it all the time in her job as safety specialist for WPX Energy, a large oil company here.

“Workers, especially new workers, have the go-get em kind of attitude,” she said. “They think, ‘Oh I can do that. I can do this little shortcut.’ Well, when you’re working with the pressures and dangers that are inherent to the oil field, you can’t do shortcuts.”

I met Teresa at a meeting of industry safety professionals put on by the MonDaks Safety Network, an all-volunteer organization founded in Texas in 2003 by the Occupational Safety and Health Administration (OSHA)  and members of the oil and gas industry to address injuries and deaths among workers. Many people at this meeting told me inexperience played a large role in the state’s high fatality rate.

“The experience level of our entry-level employee is significantly lower than the individuals or companies I visit with in Texas or Colorado,” said Scott Rogers, an industrial hygienist and occupational safety consultant from Bozeman, Montana who works with oil companies in the Bakken shale formation. Rogers said the problem extends to workplace safety professionals, too.

Dennis Schmitz is the head of MonDaks, and he said another part of the problem is that most oil and gas companies are unlikely to ever have a safety inspection in North Dakota – even though OSHA has hired more inspectors recently and created specific programs that target the oil industry.

“You probably almost have better odds of winning the lottery than getting a visit from a regulatory agency,” he said.

But according to Schmitz, the root of the problem is that in onshore drilling operations, big oil companies aren’t directly responsible for workplace safety. They contract out most every dangerous jobs on an oil well to smaller companies.

When I asked Teresa Van Deusen of WPX Energy if there was there anything companies like hers could do to help smaller contractors be safer, she said she wasn’t sure how to answer the question. “We do everything that we can. Obviously that is the drilling company’s employee.”

WPX, she said, follows all the OSHA standards and expects the contractors to do the same. But ultimately, the contractor is responsible for training its employees.

At the state level, North Dakota has many worker safety programs in place. Companies with good safety records enjoy lower premiums on their workers compensation insurance and there’s grant money for safety training. According to Governor Jack Dalyrmple, these incentives are “a better approach to workforce safety” than stricter enforcement OSHA.

“We feel the programs we have in place are working,” he said.

Still, in my interview with the Governor, Dalrymple said he would ask the directors of the state’s Department of Health, Department of Transportation, Highway Patrol and Workforce Safety and Insurance (the state’s workers compensation board) to study the worker fatality problem in North Dakota’s oil and gas industry.

“It’s certainly appropriate for a governor to bring focus to something like that,” he said. “And the way we would do that is through my regular contact with my cabinet members. I would just turn to them and say, I want a report about what we’re doing about fatalities in the workforce and I want to know if there’s anyway we can do it better. And I think because of this interview, I will probably be doing that at our next meeting.

Wyoming is another state with a big oil and gas industry – Wyoming. They faced a soaring fatality rate a few years ago. What Wyoming tried, and how well it worked will be covered in the next installment of the Dark Side of the Boom.