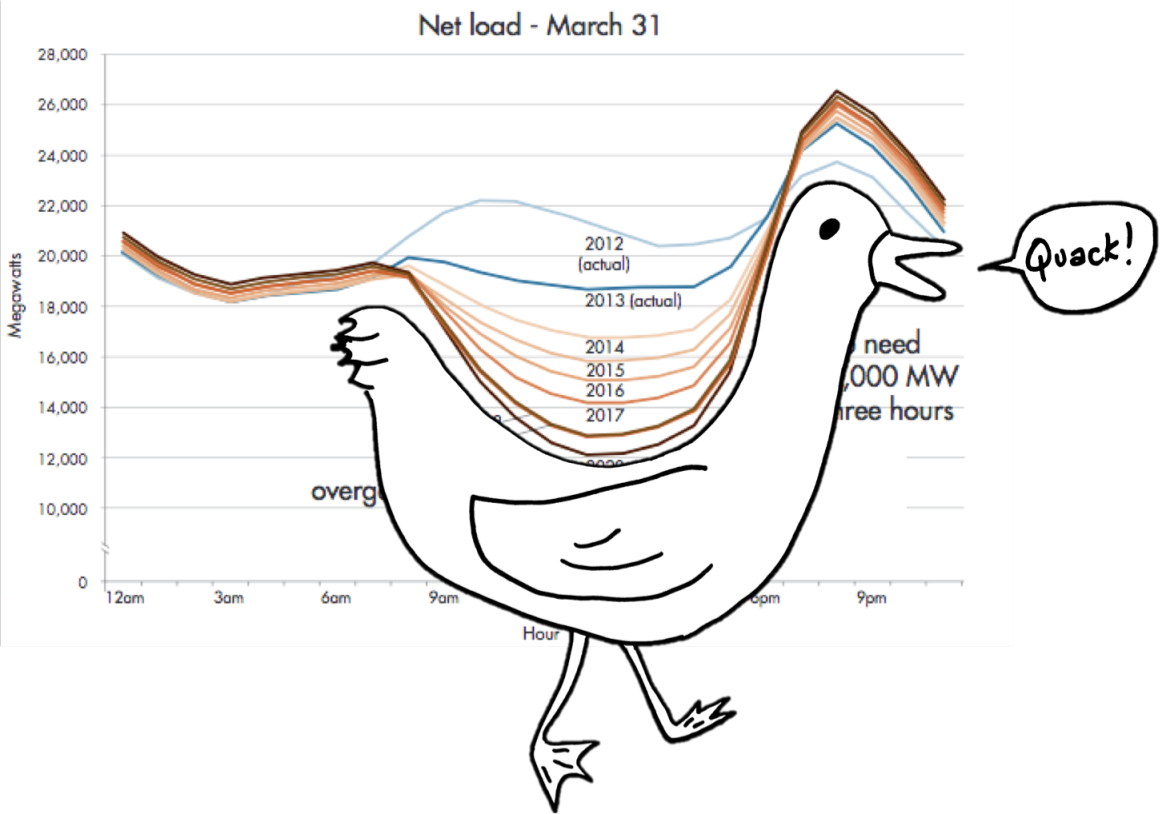 The future of renewable energy depends on one critical issue:  storage. We’ve already figured out how to capture wind and solar energy, but it’s equally important to figure out the best way to store this energy and use it when it is needed.

Arizona made a move toward that goal according to the Energy Collective who reported this week on a settlement between Arizona Public Service and the Residential Utility Consumer Office.

The APS/RUCO joint settlement would require APS to evaluate storage as a potential alternative to building or upgrading conventional power plants between 2015 and 2021. The proposal would also mandate that energy storage be considered as an alternative to any potential fossil-powered peaking plant, and that before 2018 APS would solicit competitive bids for 10 mWh of energy storage.

This settlement comes as a proposed solution to a problem you might be familiar with: the duck. As Jordan Wirfs-Brock explained, the duck curve is a projection of what the net load–the amount of electricity the grid has to supply from reliable power sources like natural gas or coal-fired power plants–might look like in the coming years as California switches to a mandated renewable- and solar-reliant electricity system. In 2020, when 33% of California\’s electricity is supposed to come from renewable sources, the net load curve will look like a duck.

There wouldn’t be enough renewable energy to meet the demand during peak hours, and there would be too much during times when we use the least amount of electricity. Too much energy might not sound like a problem, but the extra energy would be wasted and could even damage the grid.

That’s why storage is paramount for the future of renewable energy. By storing the energy harnessed when the sun is shining or the wind is blowing, we could use that energy at night or on windless days, effectively flattening the duck. This would be a step toward relying solely on renewable, low-carbon energy sources.

Other states are looking for storage solutions of their own. A group of companies recently proposed an initiative to harness Wyoming’s wind and store it in Utah’s underground salt formations to then be used in California.