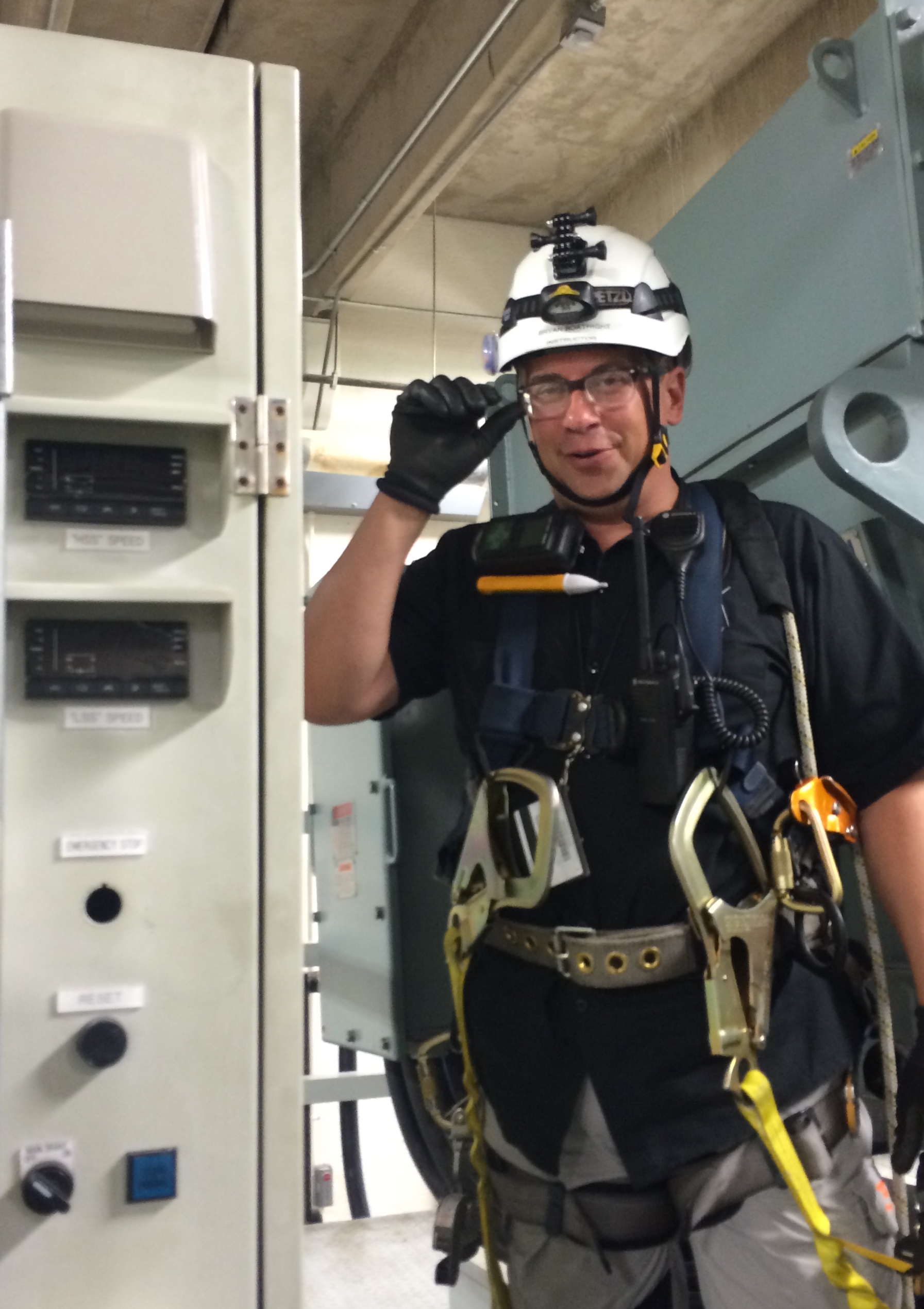 Bryan Boatright is an instructor in wind energy at Laramie County Community College. 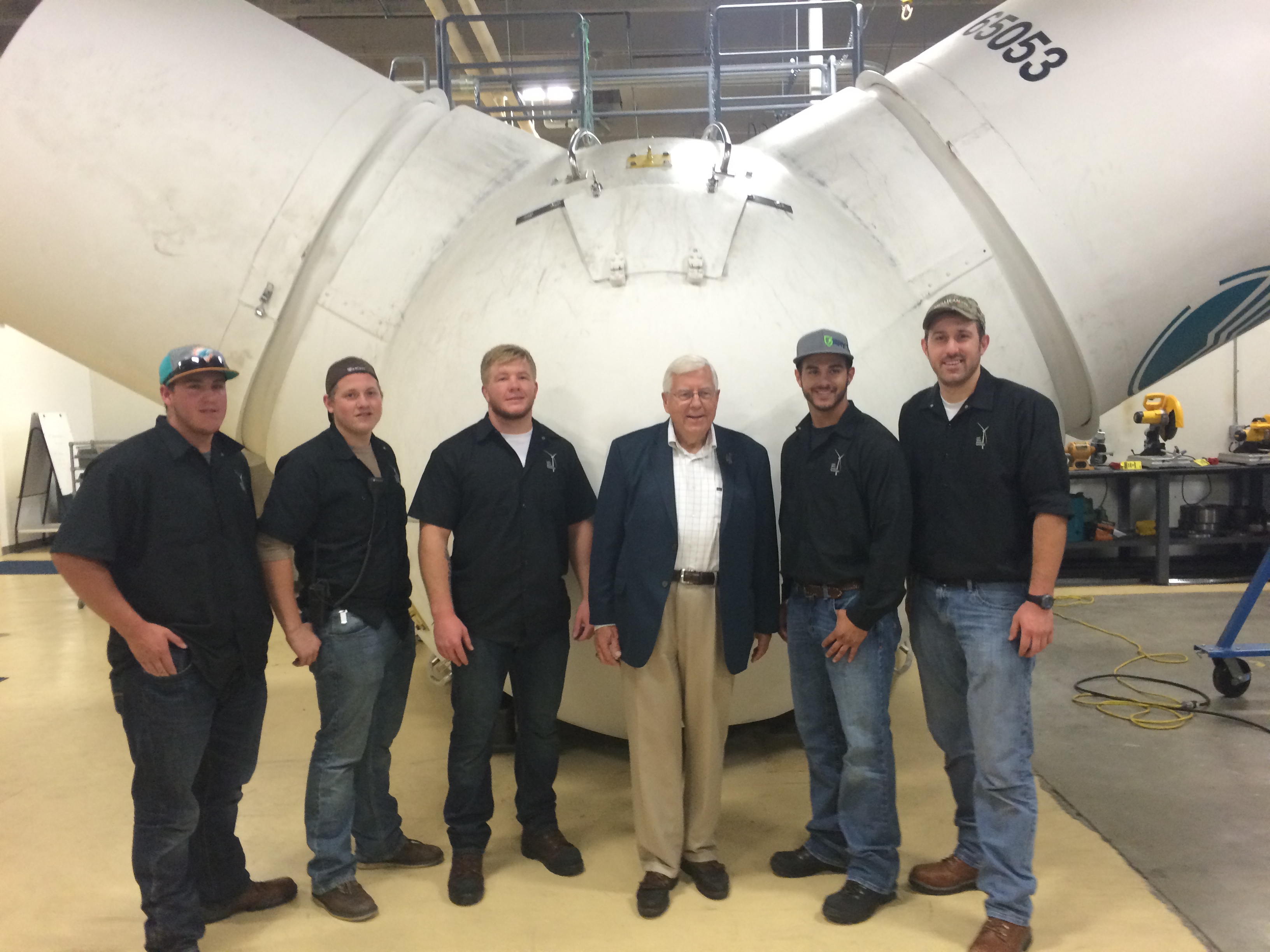 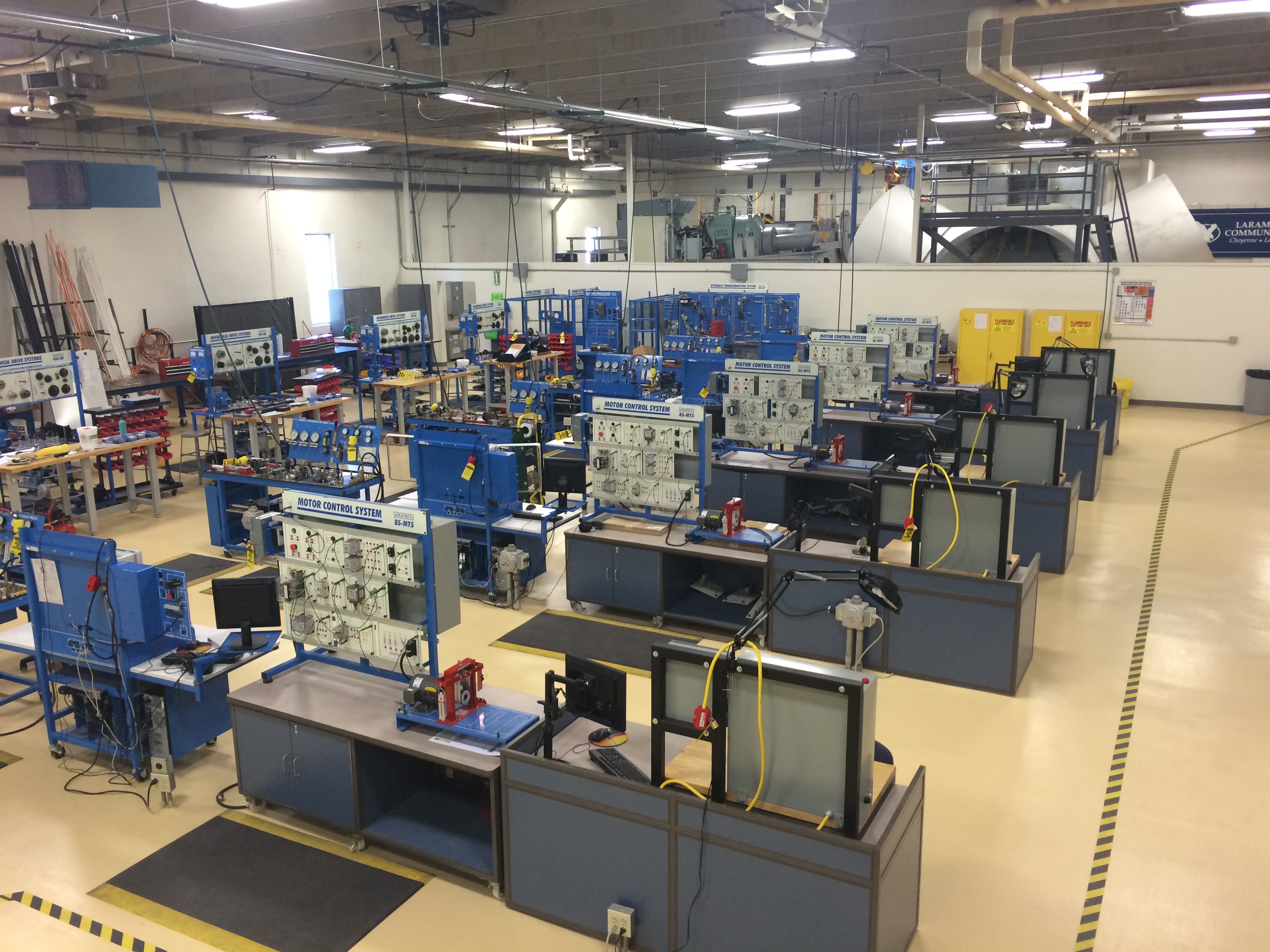 The wind energy training lab at Laramie County Community College has a variety of equipment, including these electrical trainers.

“I’m telling you, they were just so happy. It was ridiculous,” he said. “They were yelling and screaming around.”

They were yelling and screaming because they’d all just been offered jobs at Run Energy, a Texas wind company. The fact that all the offers came at once was surprising, but Hughes says it’s not surprising that they got offers.

“Our success rate has been 85 to 90 percent,” he said, adding that if he’d had more students, they probably would have been hired too.

Wind power is on the rise in the United States and with it, so are new job opportunities. With wind projects planned from Wyoming to Iowa to Oregon, there’s growing demand for skilled technicians to install and repair the wind turbines. But a unique skill set is required — the fearlessness of a professional rock climber along with the know-how of a skilled mechanic.

At Laramie County Community College, in Cheyenne, Wyoming, students get hands-on training in those skills at the school’s wind energy lab. Inside the building, there’s an entire wind turbine, deconstructed into its various parts. While it looks extremely complicated, instructor Bryan Boatright says a technician’s job is actually pretty straightforward.

“[To] make sure that the turbine itself does not fall down,” he said.

At a real wind farm, it would take 15 minutes to climb a 300-foot ladder inside the turbine before training could even begin. But in the lab, just a few steps up a short ladder lead to a metal platform that’s at eye-level with the gearbox. Boatright says the hands-on training makes his students highly sought-after by employers.

That is exactly what Craig Overlease is counting on. He used to be a floorhand on a drilling rig, but was laid off during the Recession. During one of the odd jobs he took afterwards, he got to climb a turbine. The experience stuck with him.

“You know, the opportunities you have to get up on top of the nacelle and look around during lunch and stuff like, you get to do something that not most people ever get to experience,” Overlease said.

But the perks extend beyond the lunchtime vistas. According the Bureau of Labor Statistics (BLS), the median salary for a turbine tech is $22 an hour. It can be significantly more for those with advanced skills.

Wind turbine technicians are what labor experts call the “middle skilled” – blue collar workers with some level of specialized training. They are increasingly in demand. With 50,000 turbines already operating in the United States and tens of thousands more expected be built in the next decade, the BLS forecasts demand for wind technicians will grow at double the rate of other jobs.

That is why Sean Hughes anticipates having more eventful lunches in the future.

“That company, Run [Energy], they were needing 30-plus technicians, and we were just able to supply them with six,” Hughes said. “I have another class starting next Monday and hopefully out of there will be four, five, six good technicians out of there and we can send them some more.”