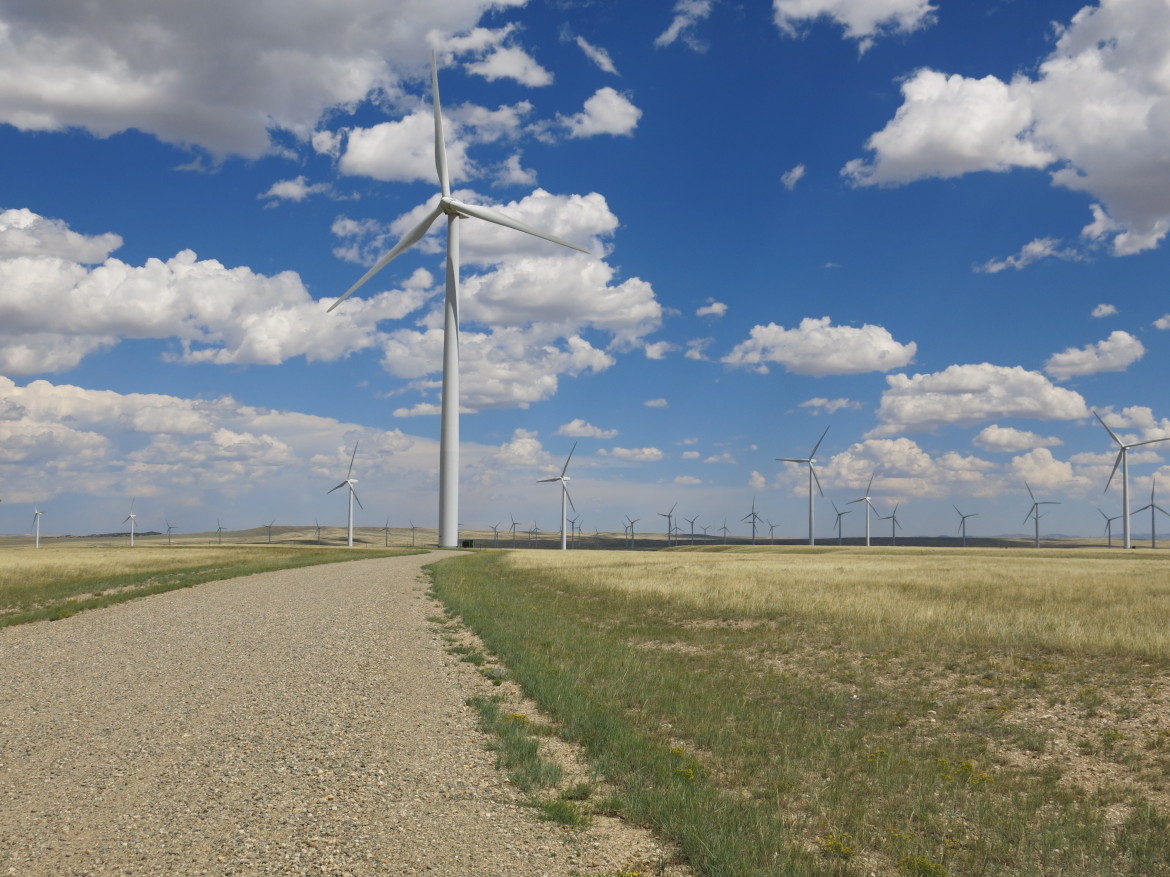 A monument to Wyoming's powerful wind, outside the National Weather Service building in Cheyenne, WY.

Anyone who lives in Wyoming will tell you that, come winter, the wind starts blowing and it doesn’t stop until spring. 60 mph winds are common, and so is getting blown off the road. Thankfully, these gusts aren’t actually constant, but are, in fact, gusts: they come and go as wind is known to do.  And this is precisely the problem with wind power.  It is an unreliable source of energy because wind runs on its own schedule unlike, say, electricity generated by a coal-fired plant.

One answer to this problem may be found deep underground in a Utah salt cavern. Pathfinder Renewable Wind Energy, one of the companies behind a massive project that would bring Wyoming wind power to California, are planning to build a wind storage facility in Utah that could store electricity for times when the wind isn’t blowing. Using salt caverns to store energy is not unprecedented, but currently is used mostly for natural gas and oil, with facilities located in Gulf Coast States.

I caught up with Chris Elrod, of Pathfinder, at the University of Wyoming’s Energy Law Conference.  He explained that once the wind is turned into electricity and sent to Utah on a transmission line, that electricity would run through a motor to turn it into compressed air.  That air would then be pumped underground for storage.  That is all interesting, but I wanted to know more about the salty caverns.

Q: How do you make the caverns?

A: They basically drill a hole with a water pressure sprayer and they inject water at a rate of 500 gallons per minute for about a year.  They pull that drill up over time to make that elliptical shape you would see in any design of these systems.

Q: What happens to all of that water that comes out of the ground?

A: They’re called brine disposal ponds.  Think of them as really large swimming pools about 40 feet deep and the size of multiple football fields in surface area.  And you allow that water to sit there over about a 13 year cycle.  That water will evaporate and you’ll be left with tons of salt.  About two million tons.

A: The salt formation itself actually provides the most advantageous form of storage because it actually is fairly tightly packed so there is not a lot of leakage of the air.  It sort of bends and expands as you inject and extract the air.

Q: How much electricity could one cavern hold?

A: One of our caverns could theoretically store up to 320 megawatts of electricity.  That would probably power 300,000 to 500,000 homes.  We  could potentially build 90 caverns.  I’m not saying we would ever do that but you could build it out over 100 years if you wanted to.  The limiting factor in that case is your transmission.